I just watched President Trump’s speech to a joint session of Congress this evening, and I have to say, it was tremendous. I might go further into some analysis on it later, but I think telling you that it was his best work as a politician will give you a short synopsis of how I felt about it. One of the more powerful moments was when he highlighted the widow of recently deceased commando Ryan Owens. She was so brave to even be out in public, much less at a national event like this one. President Trump showed her amazing grace and kindness. It was a special moment for anyone who isn’t a soulless cretin.

The “non-soulless cretin” category doesn’t include ex-Hillary Clinton staffers, apparently. Then again, I think most of you may have already suspected that. Here’s what Dan Grilo, who worked on both Hillary and former President Obama’s campaigns, had to say about Carryn Owens’ appearance. 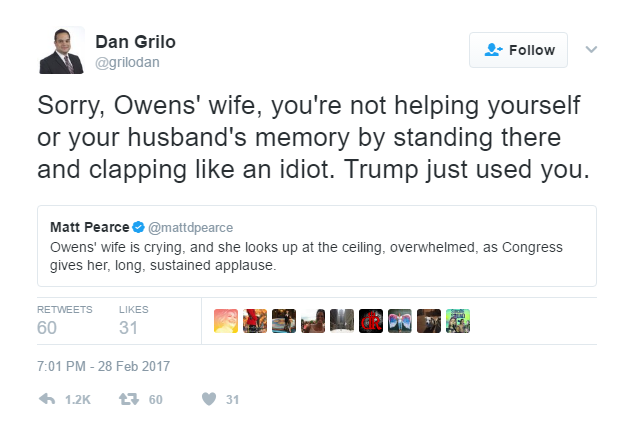 I’m not exactly known for being the nicest guy around, but good lord. How sick in the head do you have to be to send out a tweet like this in the aftermath of such a powerful moment? Even if you had this nasty thought running through your mind, most people would be smart enough to keep it to themselves.

I guess this is just example #6,745 on the list of reasons why the left is where it is today…in the gutter. 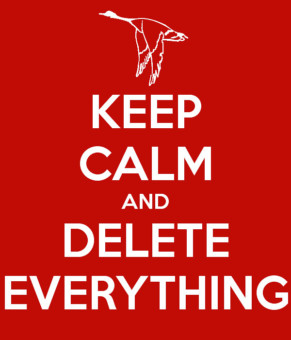