Earlier this evening, TheRalphRetort.com was provided with a pastebin that seems to include the personal information of Milo Yiannopoulos, Adam Baldwin, YouTube personality Boogie2988, Zoe Quinn’s ex Eron Gjoni, as well as another YouTuber, JonTron. I can officially confirm that at least one of the addresses are legit.

The same source told me that somehow they got the wrong info for JonTron. I can’t say if the others are correct or not, but they look very real. They even posted a phone number for Adam Baldwin.

At the end of the Pastebin, there is a message:

let this be a warning, don’t fuck with zoe or anita anymore or this list grows.

It then goes on to tell the reader to “dispense your mail tears here.” It also credits the doxxing to “irc.synirc.net #SRS,” but we here at TheRalphRetort do not know for sure where this information originated from. The screens from the doxxing are below.

As I said before, I can say with absolute certainty that at least one very high level supporter of GamerGate has been doxxed. If that person feels comfortable coming forward after this is published, more power to them. It’s not my information to reveal, however. 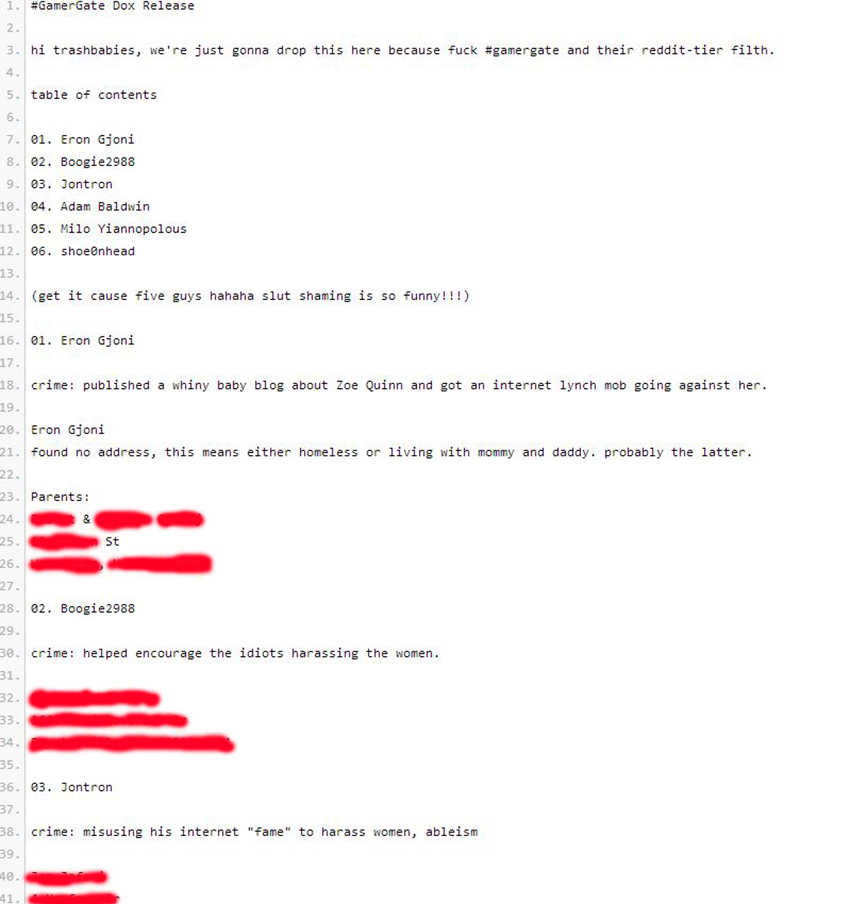 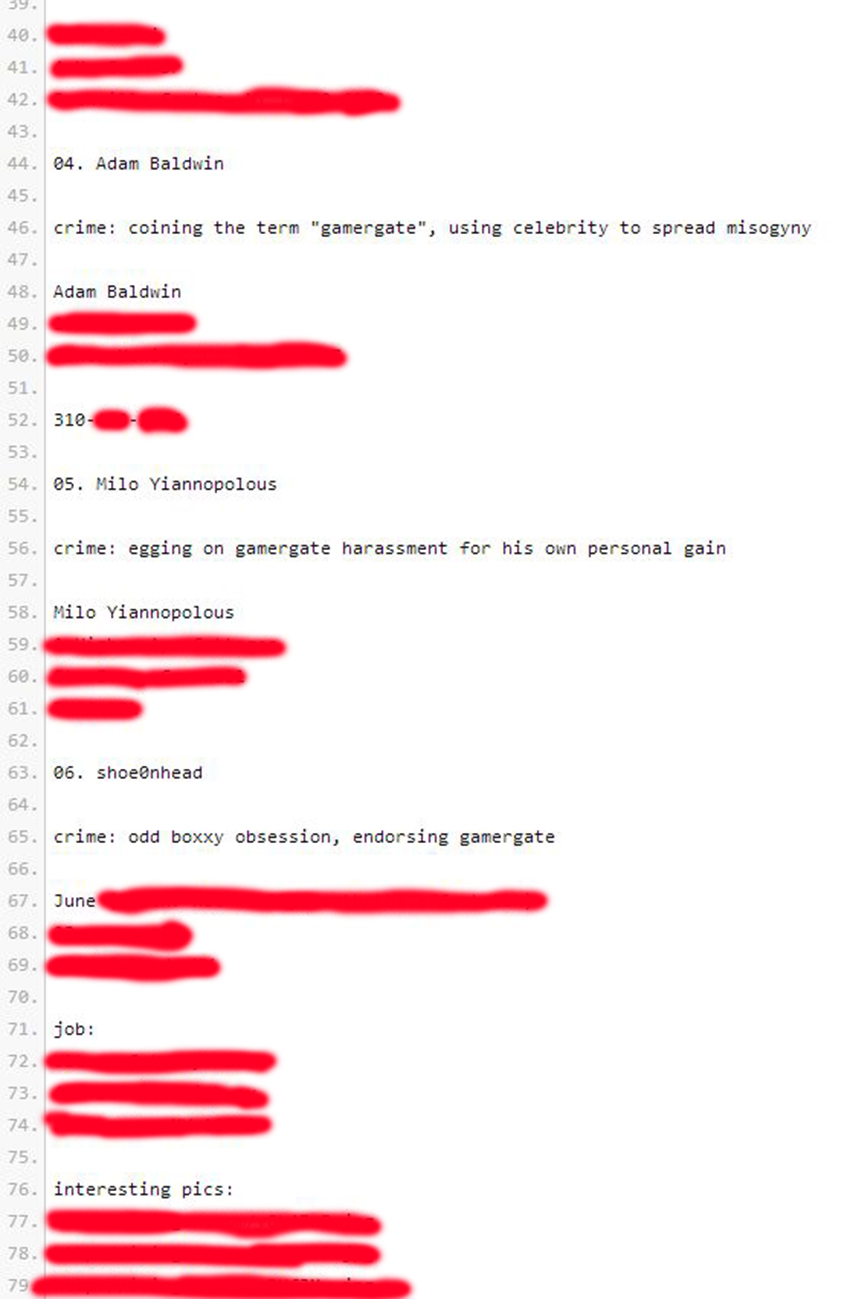