Oh, and her boyfriend Tony Santic shows up during the middle of it. He was last seen looking like this… 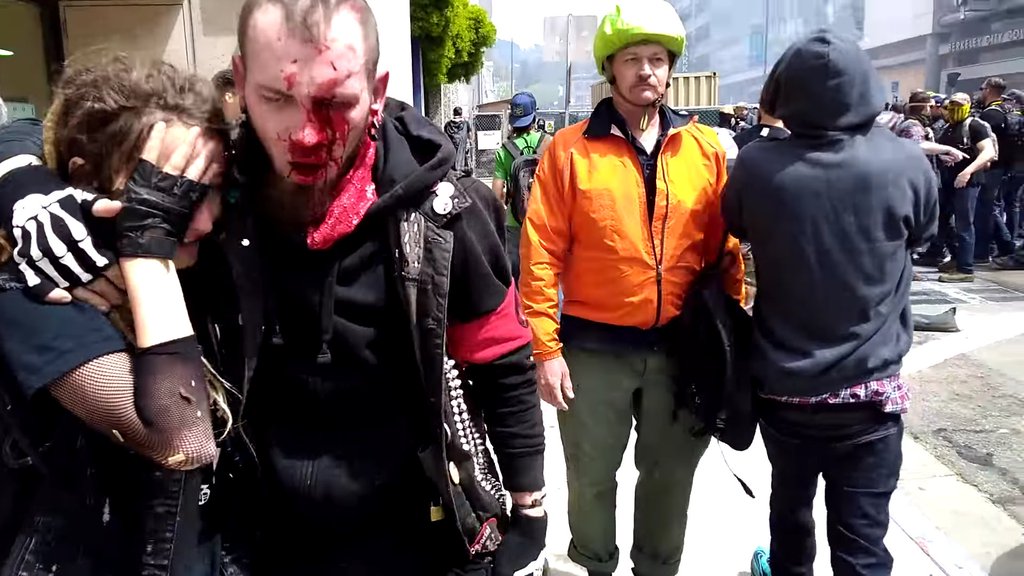 But before the Battle at Berkeley, he was featured in a local newspaper trying to pimp out their coffee/wine shop…

You see, their business went, well, out of business right before all this mess. It’s where all those empty bottles came from. Emily is literally getting drunk on this video while trying to coax her friends to come and buy their stock of booze so they can cover final costs. It doesn’t look like it worked, so I can sort of understand why her and Tony were so angry that they went out to collect “Nazi scalps.” I mean, it wouldn’t be my choice, but I can at least see the reasoning. They were mad at everyone for their lark of an enterprise being sacrificed to the gods of capitalism.

There’s also rumors that Tony was the guy trying to smash free speech supporters’ heads in with a giant lock, but I can’t confirm that.

I hope you get as a big a kick out of this video as I did. Damn you, pesky capitalism!