I’ve been surfing Twitter all night, which isn’t uncommon for me. What is uncommon, is seeing a scene like this one at a major Eurpeon airport.

The BBC has this so far…

Images on social media from the scene showed smoke rising from one of the terminal buildings. The cause of the explosions is unknown.

Some reports from the scene speak of casualties but this has not been confirmed.

The blasts come four days after the capture in Brussels of Salah Abdeslam, the main suspect in the Paris attacks in November.

Belgian media say the airport is being evacuated. It has been closed to flights. Rail transport to the facility has been halted.

Social media reports from the scene speak of panic as people fled the airport buildings.

Images showed a swathe of shattered glass on one of the buildings.

Other reports say at least one explosion was close to the American Airlines check-in area but again this has not been confirmed.

More details will be added as they come in. Oh, did I mention I’m flying to London again in May?

These are the scenes from inside Brussels Airport following two explosions https://t.co/N7rVYnJuNj

Sky News is reporting shots were fired and Arabic slogans were shouted out before the explosions.

@TheRalphRetort my uncle was flying back from Belgium. He just finished checking in when the explosion(s)? happened. Thank god he's safe.

@TheRalphRetort yeah, he's been evacuated (with the rest of the passengers?) to a parking area at the airport.

At least 17 people are now feared dead after this morning's explosions at #Brussels airport https://t.co/Fwp8L6lYz5 pic.twitter.com/azoC0BcwPo

Sky News is reporting another explosion at a metro station near the EU. #Brussels

PHOTO: Aftermath of the bombs inside the #Zaventem airport in #Brussels – @Terror_Monitorpic.twitter.com/zhoRfHdTTc

PHOTO: Smoke in métro tunnel btwn #Schuman & #Maelbeek stations as pax. are evacuated due to explosions. –@evanlamos pic.twitter.com/sPsrms6zNl 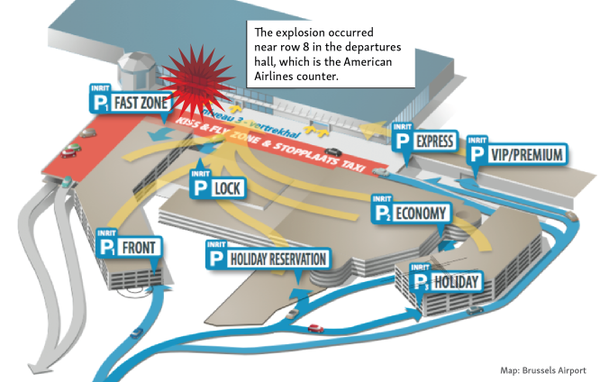 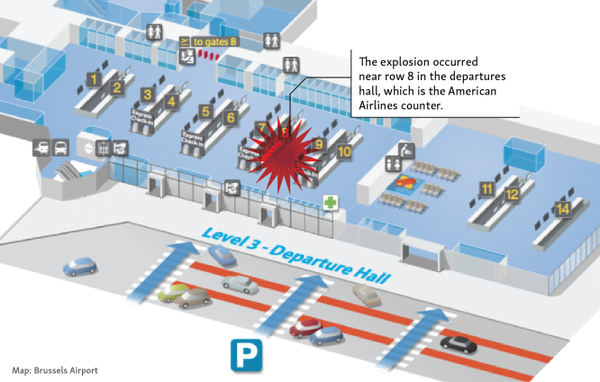