COPS GOT OUR BACK: Anti-Gamer Ignorance is Exposed Further

OK, I said I was going to talk about RogueStar‘s latest bit of news, and that’s what I’m going to do. The last week or two, he’s been talking about contact he made with a member of law enforcement. This all goes back to him sending in a citizen’s report after #GGinDC (when some lunatic (possibly Arthur Chu) sent in a bomb threat). Anti-GamerGate has been calling Rogue out all week, saying his source was faked, and all that good stuff. Well, I’m here to tell you it is not fake. It’s legit as hell.

He sent me the email chain last night, and without going into too many details, I’ll say that I have confidence that it’s all on the up and up.  The agent is real. I looked him up myself. The email chain was detailed as well. If it’s a fake, then it must be the best fake ever. Also, one of the idiots on the other side was talking about how the Homeland Security Bureau was incompatible with the Metropolitan Police Department in Washington D.C. Well, that’s just flat wrong. In fact, that bureau is part of the MPD. Maybe Jared should have done his homework? 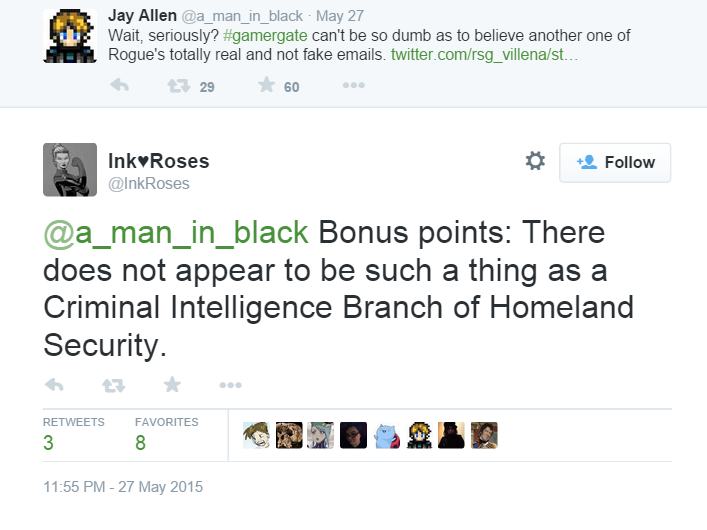 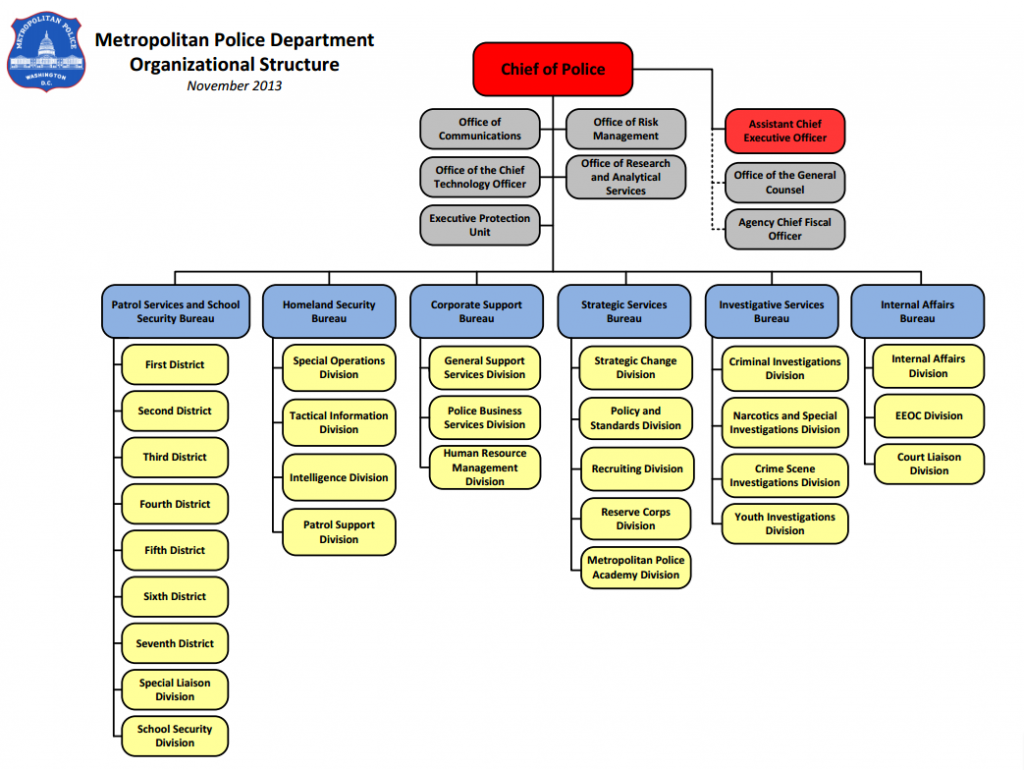 Another anti-gamer shithead then said that the Criminal Intelligence Division part of the Bureau doesn’t exist (Rogue’s contact had that in his title). That must be news to the guy below this paragraph. You can find this whole email exchange HERE. It’s not related to GamerGate (even though they talk about gamers. It’s from 2013), but notice how the names of MPD officers look. It’s the same way in Rogue’s emails: 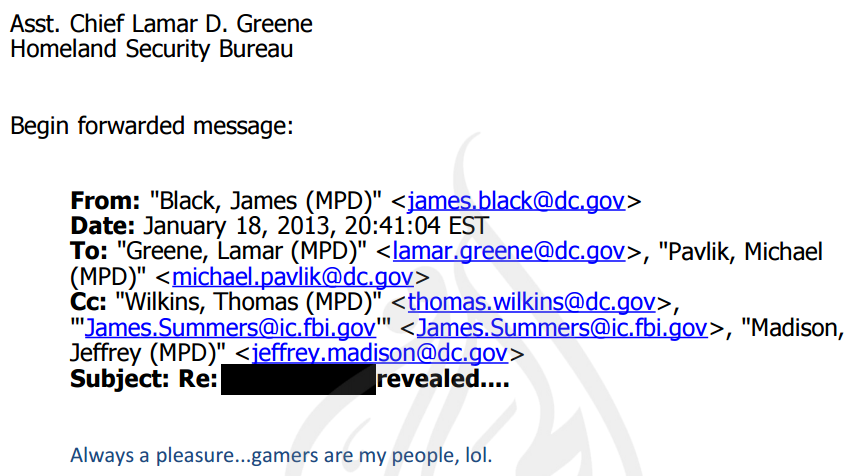 So, just chalk this up as another fail from the SJW hate mob. It’s good to know that future GamerGate meetups will have federal protection. It’s also nice to know that the losers who oppose us are even more ignorant than I thought. It took me maybe thirty minutes to find all that. Of course, there is another explanation: they knew exactly what they were doing, but lied anyway. I guess either one could be true. Regardless, the only thing that matters is that they were wrong.