Fight Back Against Censors Trying to Silence Twitter Dissent

There is an attempt to stifle speech on Twitter. The radical feminists, and their allies in the corrupt media, cannot handle being challenged. Not only can they not accept it personally, due to character flaws. The real reason they want to stamp out this dissent, is because their warped agenda falls apart when any type of serious scrutiny is applied. GamerGate  has turned into the biggest threat radical feminism has ever faced, and they want to shut us down.

Don’t believe me? Look at user @CranBoonitz. This piece of garbage SJW errand boy spends his days trolling people like me on Twitter. But lately, him and his ilk, egged on by bigger name SJWs, have been trying to shut us down:

They are trying to silence me for speaking out about the horrors of radical feminism & journo corruption. #GamerGate pic.twitter.com/HNOUWJLvLk

The new tool he’s talking about, is described here in a CNET article:

Women, Action & the Media (WAM) said this week that it’s created an online form that lets “users report gendered harassment details that have never before been tracked and analyzed.”

“WAM will escalate validated reports to Twitter and track Twitter’s response to different kinds of gendered harassment,” the group said in a release. “At the end of the pilot test period, WAM will analyze the data collected and use it to work with Twitter to better understand how gendered harassment functions on their platform, and to improve their responses to it.” 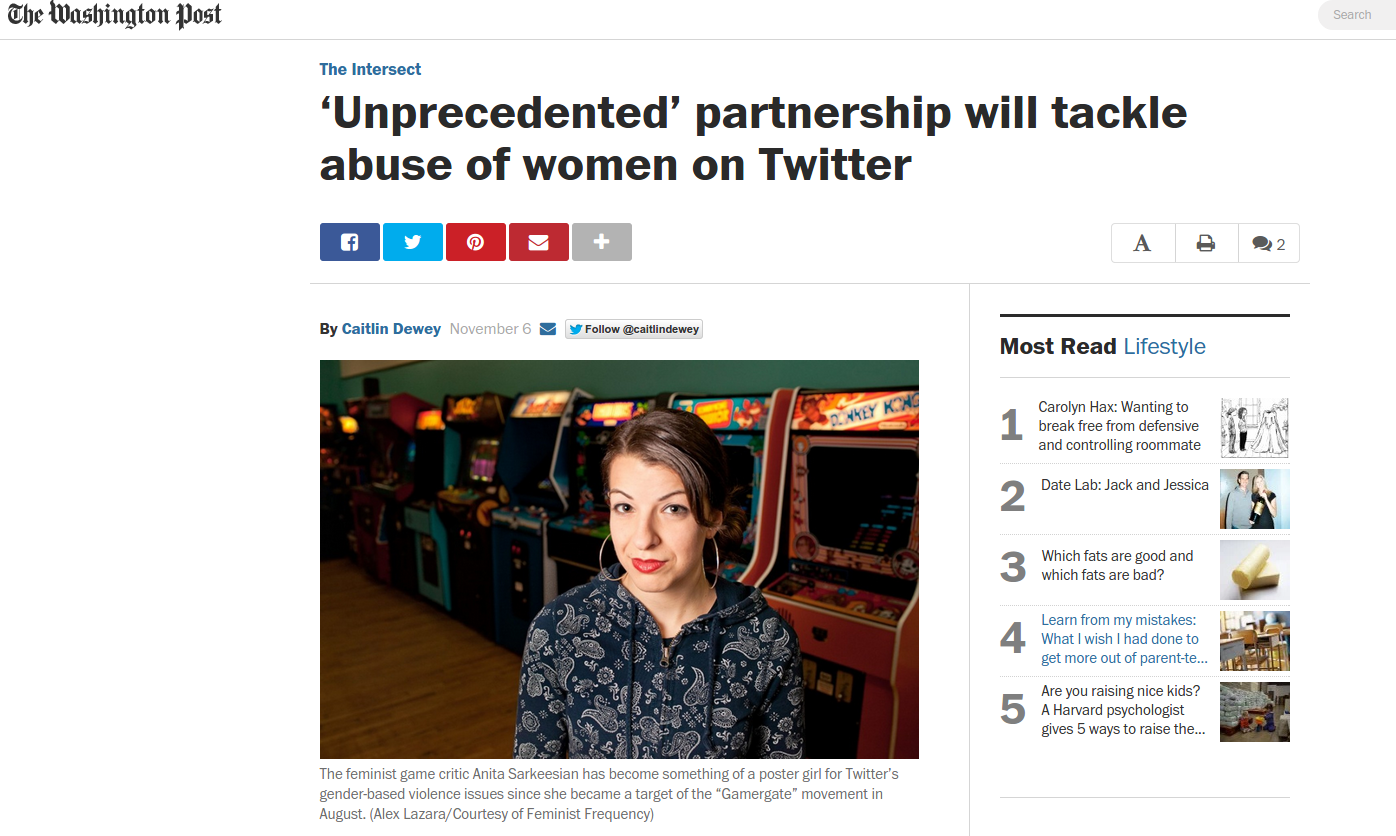 Basically, this is a test run for full-blown SJW control of Twitter. To say that would be a hit to GamerGate, would be an understatement. If we’re driven off Twitter, or have our message diluted because of censorship, then it’s going to be very hard to fully accomplish our goals. We’ll still have a voice, in part because of sites like the one you are on now. But, losing our place in the Twitterverse will make it very hard to grow.

We simply cannot afford to ignore what’s going on here. I’m not the only one that has been affected, as they suspended the account of outspoken pro-GamerGate developer Slade Villena (RogueStar) today. He’s back up with an alternate, but they’re already gunning for him again.

They’re gonna keep doing the sort of thing. The only thing I know to do, is to raise awareness of the issue. We see them coming. They made a big fuss about this on several mainstream media sites. So, let’s make our own fuss. Organize and resist this effort. They will never shutdown, or alter my site. I’ll continue to speak out on the issue here. They may take my Twitter account, but they cannot silence my message. Still, I think we can avoid losing Twitter, at this point. If we get complacent, they’re gonna steamroll us, though. Don’t let that happen.

I’d like to hear any ideas you may have about this issue down in the comments section. By the way, I thoroughly enjoy the comments on my articles, and I always go through and read them. I love how you guys have become more entertaining than my actual posts haha. So keep up the good work.