#FreeSpeechForEvalion (UPDATE: Her Channel Has Been Terminated by YouTube)

Time for some YouTube drama. Onision has started a public campaign of mass flagging and reporting of another YouTuber, an 18-year-old Canadian girl called Evalion (who happens to have a much smaller channel). 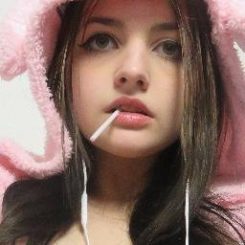 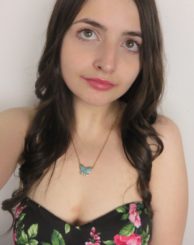 This morning, I tried to finish watching a video she made that I had started watching the night before, but once I reloaded the page, I was greeted with this message:

It wasn’t limited to this particular video, either. It’s affecting her whole channel: 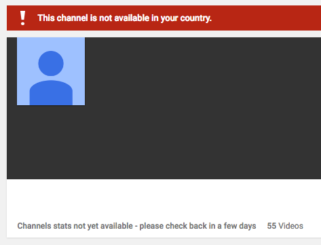 This was caused by Onision’s campaign against her that he started on May 16th, 2016 with his video entitled: “Evalion Must Be Stopped“, where he actually shows how to go about the process of reporting all her videos. 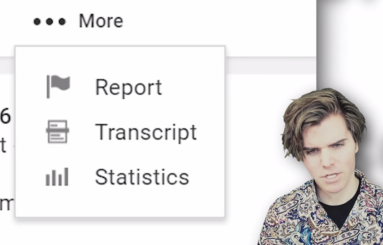 Out of his 2,100,000 subscribers, some of his hardcore fans have been following his lead and proceeded with the flagging/reporting.

If the censorship campaign on YouTube wasn’t enough, he also encouraged his 314,000 followers on Twitter to report her.

Please go report this girl to Twitter for racism. She runs a pro-Hitler/antisemitic YouTube channel as well. Thanks. pic.twitter.com/W4rQiucOZZ

I guess he changed his previous stance concerning videos people don’t like.

Remember, if you don't like this video, don't cry, just unsubscribe, it's simple 😀https://t.co/LE2EpkhiM6

I have recently interviewed her for my “Origins” video series, which tells the story of famous and less famous YouTubers alike (Ralph was previously featured) and she became a close real life friend of mine.

She was recently featured in a “Troll or Not troll” segment of the Drunken Peasants where they determined that she was indeed the real deal.

She was also the subject of a video by LeafyIsHere, who did a review of her channel. His initial premise was that she was just trolling for views, but then he came around to the realization that she’s truthful in her beliefs.

I initially got interested by her as a cultural phenomenon that was gaining attention. In the past week, her channel grew from 11,000 subscribers to a whopping 61,000. It might not sound that impressive at first glance but that’s a 5-fold increase in a single week, compared to some other budding YouTubers (like me) that struggle for months or even years to reach a few hundreds or thousands subscribers.

We became close friends over time and even reached 1488 followers on Twitter the exact same day.

I feel the need at this point to specify that I don’t share her views and I am not alt-right or a National Socialist (Nazi), but I can separate the ideology and beliefs from the person. She is simply a young girl who makes YouTube videos, with her mom often barging into her room during conversations or online streams to ask her to do chores.

Mooooooom! You’re embarrassing me on the internet!

She is not the monster that Onision would like everybody to believe she is. She was saddened recently by the loss of her pet cat, Nounou.

There were even rumors at some point that we were dating.

Why do I care?

She’s a close real life friend of mine and that alone would be enough for me to stand up for her if someone tries to publicly destroy her livelihood.

I’m a YouTuber too and have been involved recently in some unsolicited drama involving Wooly Bumblebee and her husband, even though I tried to remain neutral as much as I could. I’ve always been opposed to internet drama caused by fame seekers. If the bigwig YouTubers want to have a go at it among themselves, fine by me, but when they use their established position of prestige to attempt to crush smaller YouTubers, especially when rallying their thousands or millions of followers, I have to object.

I have reposted with her permission some of her safe videos on my channel to keep her memory alive.

Why should you care?

Everybody should have the right to free speech, especially on the internet. She has some quirky beliefs, but then again, everybody has some. It is better to have those beliefs out in the open so that they can be challenged publicly instead of secreting them away in a cabalistic echo chamber where they get only reinforced without opposition.

Who are you to decide for them what they should be allowed to listen to?

Would you like those same people to decide for you what you should be allowed to listen to instead?

I have asked cultural critic, writer and identitarian Mary Whittier, who writes articles about similar topics as Evalion, what her thoughts are on the whole situation.

Evalion is a bright young videographer with a unique way of looking at the world. Free speech laws exist to protect people like her because the things she says are provocative. I like what libertarian Henry Hyde had to say about this: “Free speech is meaningless unless it tolerates speech that we hate.”

EDITOR’S UPDATE: Evalion’s channel has now been terminated by YouTube…