Lately, a lot of coalition members have been telling me to hold fire on The Escapist’s Jim Sterling. He’s been around for awhile, and a lot of people have literally grew up with the guy. So, it’s hard for them to accept that he’s not actually a friend to the GamerGate movement. It is true that, on one hand, he hasn’t been nearly as offensive as someone like Leigh Alexander, or Little Hitler Ian Miles Cheong.

But think about the other hand. Alexander and Cheong are quite open with their hatred of us. They do not portray any sort of neutrality. When lies get spread by “friends” like Jim Sterling, they tend to carry a bit more weight. The sycophants on NeoGAF cite them, our enemies retweet them, and they’re used to discredit GamerGate. This might still be OK, if I ever heard anything positive from Sterling about us. But I never do.

Neutrality has a very specific meaning. Here’s the definition, according to the Oxford English Dictionary: 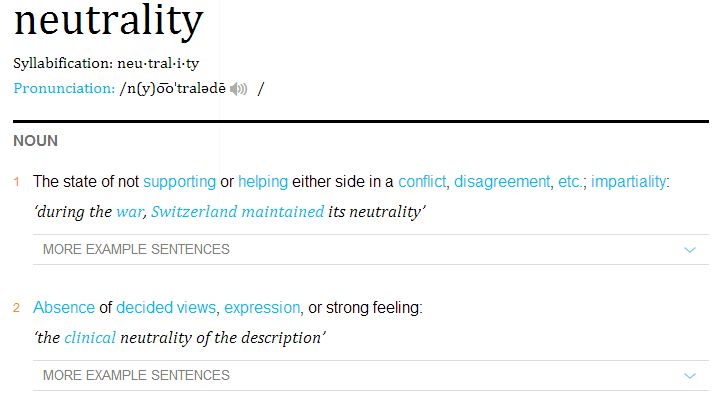 (I left out the third one, because it concerns chemicals and shit.)

Alright, so now that we have the definition right here in front of us, let’s examine the record and see if Sterling’s neutrality holds up. Last night, in the middle of the SJW counterattack against the Intel decision, Sterling tweeted this:

A who’s who of our adversaries list shared his bogus tweet. Leigh Alexander is not a fringe voice, you dumbass. She’s written for Kotaku, Polygon, Gamasutra, Time Magazine, The Guardian, VICE, has been featured on The Huffington Post, and quoted by NPR. That’s just off the top of my fucking head. There’s probably a few I’m leaving out. This woman is in no way a fringe voice. She’s damn near monolithic. Then, consider all the people she influences. The cancer herself is on record bragging about killing careers…you know, the same thing that Jim Sterling just accused GamerGate of trying to do.

We can also examine his statement from the other night, where he tried to down us by acting like we’re weird for using war metaphors. This, despite the fact that they’re used all the time, by a variety of people and organizations.

.@jimsterling is full of shit as usual. The war metaphor is used in sports, politics, and lots of places. #GamerGate pic.twitter.com/y0QGZBv8mM

Or, look to his tweet from just this morning, again falsely accusing our movement of harassment and woman-hatred. How on earth is this neutral? With friends like Jim Sterling, who the hell needs enemies:

I just don’t see how people can continue to say someone like this is neutral. How can you accept a person that is spreading some of the worst lies about us an an arbiter of neutrality? Personally, I reject all those lines of thinking. To me, he’s an adversary when it comes to GamerGate. No, he isn’t Leigh Alexander. But in a lot of ways, his criticism is even worse.

We’ve barely scratched the surface. Tomorrow, we’re going to have more on some REAL voices that have been silenced by Leigh Alexander and Gamasutra.

UPDATE: Oh, here’s one I left out from today, where he again misrepresents us: