All day today, I’ve been having to deal with people who doubted the authenticity of this morning’s Gawker story. Specifically, people have doubted wheter or not Nick Denton actually made that post. Many have outright told me they believe it to be a fake. Well, they were wrong. It’s real, and we have confirmation from none other than Denton himself. KingofPol was right.

In fact, it was KingofPol again with the evidence. Here is the screenshot where Denton confirms the veracity of our earlier story (he also deleted his account shorty after this, further confirming): 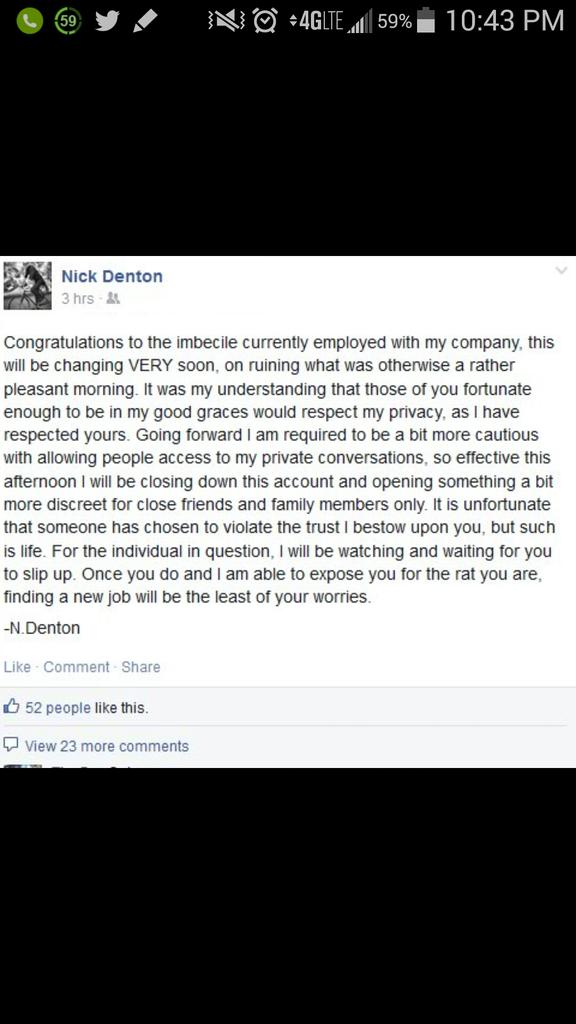 There were yet another group of people who claimed that Denton was just joking, but the post itself was legit. Well, I’m not sure why he would be getting so upset over a joke. Also, it’s pretty fucking rich to hear a scumbag like Nick Denton talk about privacy. How many people’s privacy has he personally been responsible for violating over the years? Thousands? Whatever the number, it’s pretty damn high.

Scumbags like Denton keep thinking they will be able to outsmart GamerGate, but they keep getting blasted out of the water. One reason, is because they keep underestimating us. They see our infighting and ragtag nature, and think we will be rolled eventually. But we keep winning, inexplicably. I’ll admit, even in my wildest dreams, never did I think we would inflict so much crucial damage. But, it’s happening. And it will continue to happen, so long as you keep sending those emails. The fallout from the Gawker wreckage will be felt for years to come…if we finish the fight.

UPDATE: This story has since been thrown into doubt. We can no longer say it’s confirmed. Read more HERE.