I was at #GGinDC, and had an awesome time. There’s something about being in a room full of GamerGate supporters that lifts your spirits. There was no fighting, or drama. It was nothing but love and respect for the journey we’ve all shared together. There was of course a lot of laughing and smiles as well. The whole thing was just an amazing success, and had a great turnout.

So, why not replicate it? That’s what a lot of GG supporters around the country have now set about doing. I may not be able to make it to all these, but I know they will be incredibly enriching for any area supporters, just as #GGinDC was.

Here’s just a few of the upcoming events. Keep in mind, there isn’t info and locations for all of these yet, as they’re still being organized. But I’ll continue to update the site with info as more becomes available: 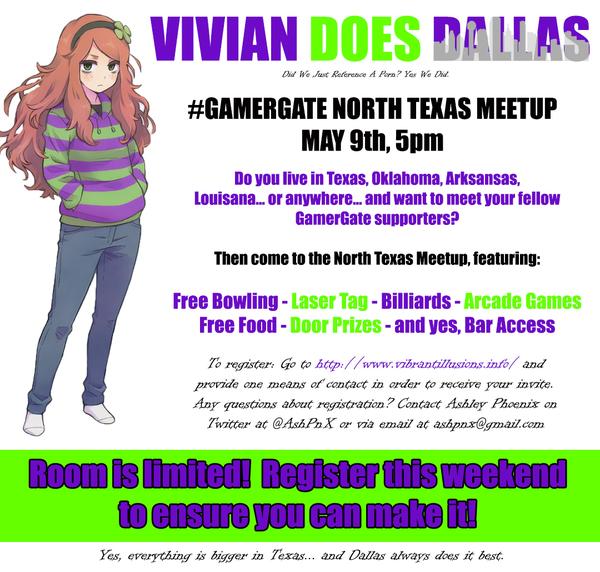 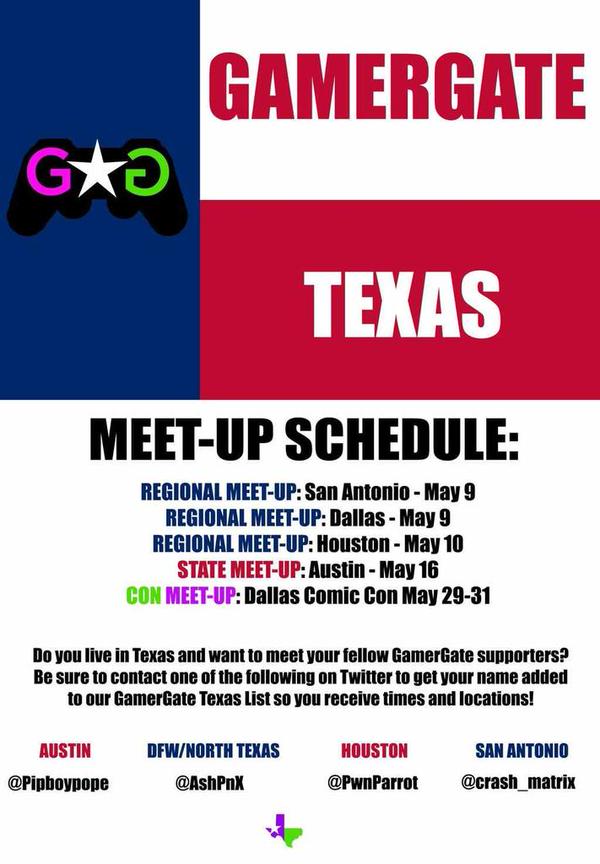 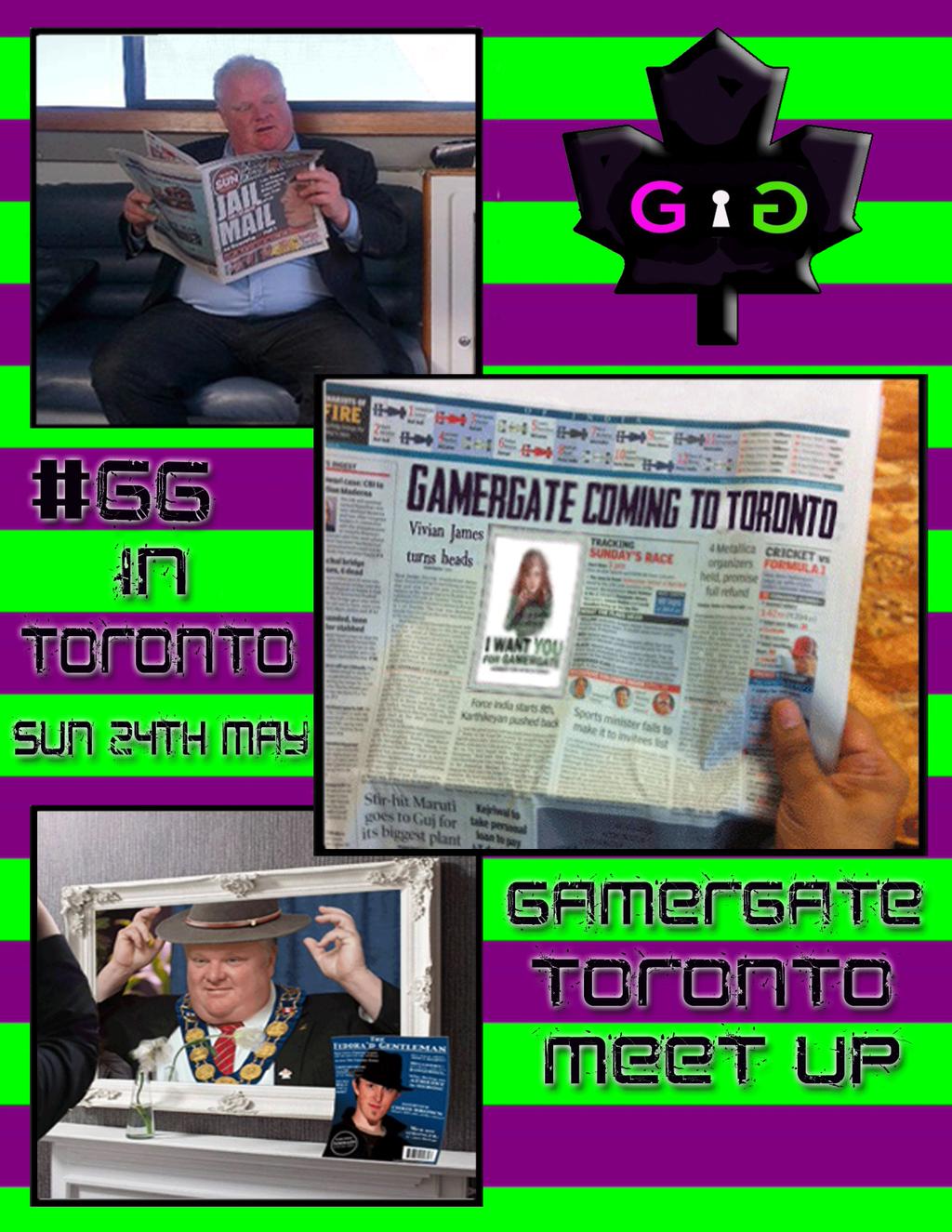 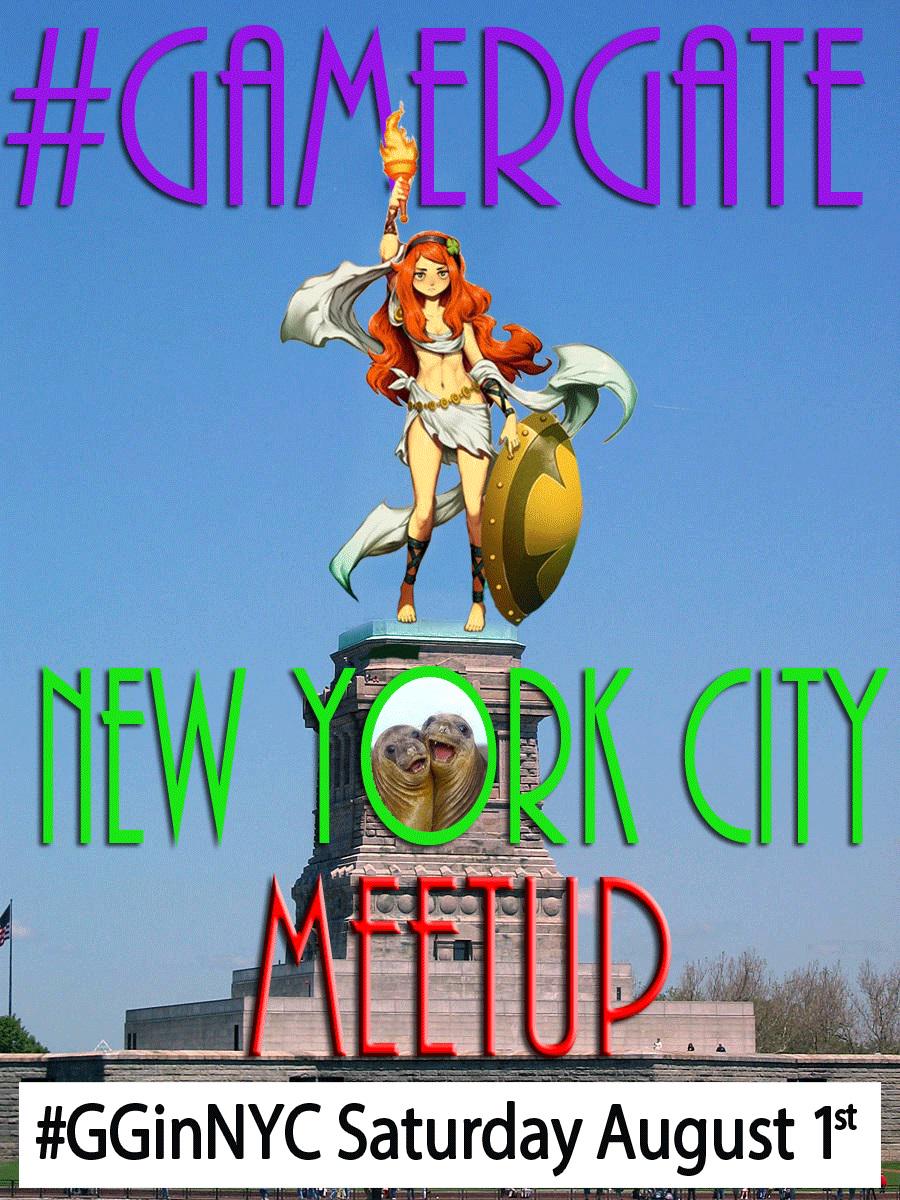 You coming to #GGonPoint JULY 18TH IN SANDUSKY OH? It's the #GamerGate Meet-up for Midwesterners that missed #GGinDC! pic.twitter.com/3jfC41V0TN

This recent wave just goes to show that GamerGate is stronger than ever. The media has been trying to write us off since fucking September, but they just can’t erase reality. More new people are coming in every day, and some people whose support may have lapsed are now coming back into the fold. We’re just getting started.

Again, I’ll keep updating both this post and the site as a whole with info as the dates approach. I always scour Twitter, so I’ll also have reports from the events as they happen. I’m going to attempt to go to the Boston meetup, but I can’t promise anything. Unfortunately, I’m not rolling in cash like Anita, Zoe, Wu, or the rest of the rogues’ gallery on the other side. Still, I’ll try to get there. Someone from the Toronto meet just asked me, but I don’t think that will be in the budget.

Be sure to leave anything I forgot down in the comments, or email me at [email protected].