For weeks and weeks, trolls have been trying to sabotage GamerGate. We’ve said this repeatedly, but still, the media hasn’t really acknowledged that there are a set of trolls whose goal is to make us look bad. One of the main groups of these losers go by the name of GNAA. Everything they do gets blamed on us. They’re not averse to engaging in a long con, either. In the image I’m about to show you, user rabite (alias of weev, although I have no way of knowing if that’s him) talks about gaining the trust of a SJW journo, presumably so he could end up hurting our image. 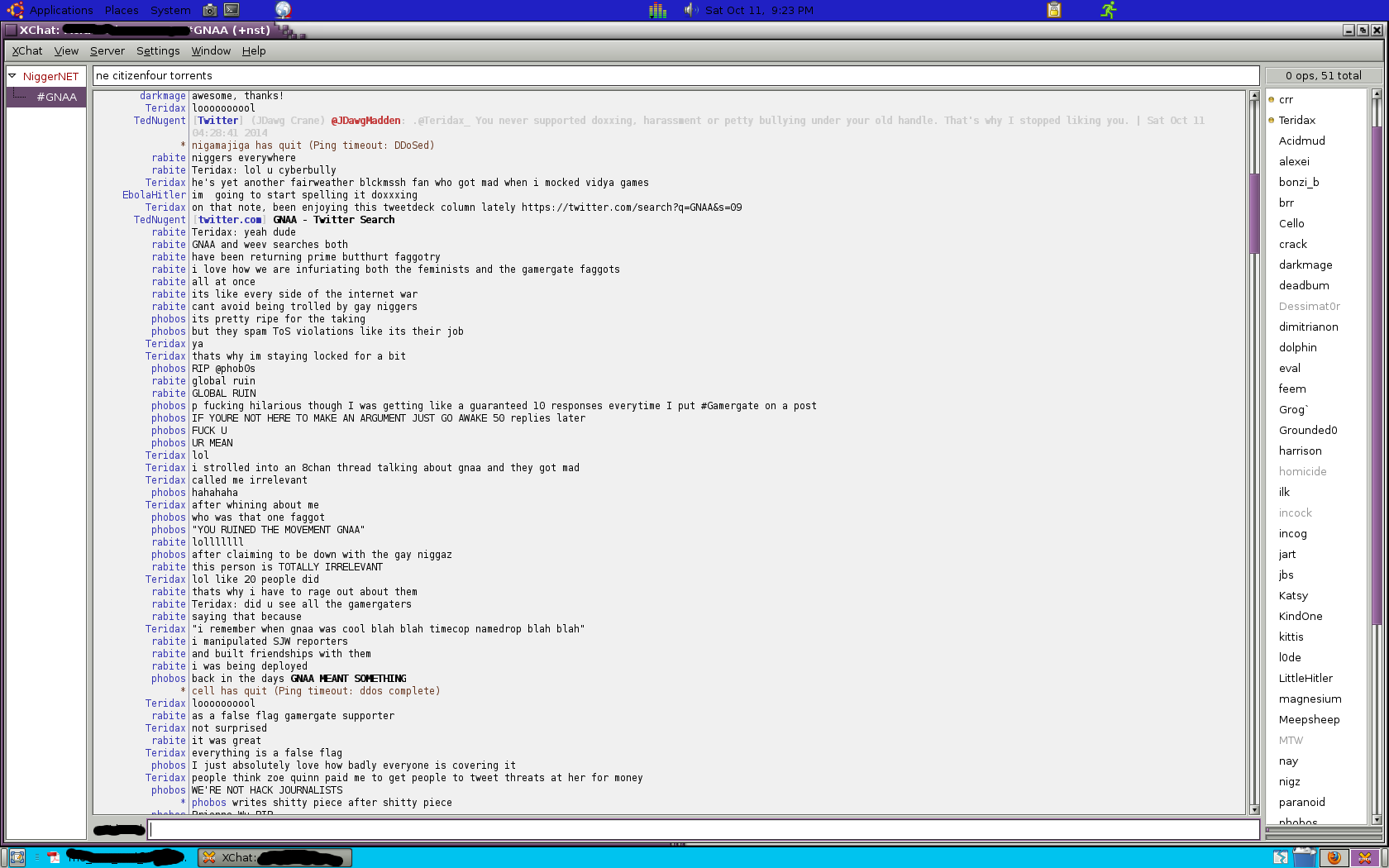 I love how we are infuriating both the feminists, and the GamerGate faggots – rabite

User Teridax mentions people thinking Zoe Quinn paid him money in order to have people tweet threats at her, since he been so effective with his false-flagging. It seems that’s unlikely, and that Teridax is just a sick little troll with no life. He actually partakes in this sort of thing for personal pleasure. He does it for free, in other words. These people are well known among GamerGate supporters. But hopefully, the media will now start acknowledging that the nastiest tweets aren’t coming from us. I also wouldn’t be surprised at all if this group was also behind things like the threat Anita Sarkeesian received before her planned speech at Utah State.

Can’t avoid being trolled by the [GNAA] – rabite

We’ve been trying to tell them all along, but no one would listen. We also have other Twitter trolls coming clean as well:

Our team has actually discovered that doxx list, so I can verify that these trolls are the ones behind the recent wave of doxxings. They even did it to me live on my stream last weekend, although I don’t give a shit. I just want the media (and deceitful people like Brianna Wu) to stop blaming us for the actions of obvious third parties.

I won’t hold my breath waiting on them to do their job properly.