I went to bed after a long night celebrating my second favorite country’s stunning display of democracy last night, but originally I had a column planned. Right before I went to sleep, I saw our oldest friend Leigh Alexander sperging out over on Twitter. I was so sleepy that I couldn’t bring myself to show it to you at the time, but I had to type it up this evening. After all, she’s an old friend of the site, like I said.

Again, we’re talking about Leigh Alexander, so nothing surprises me. But it’s still pretty staggering to see her go full rioters in response to the Brexit vote. 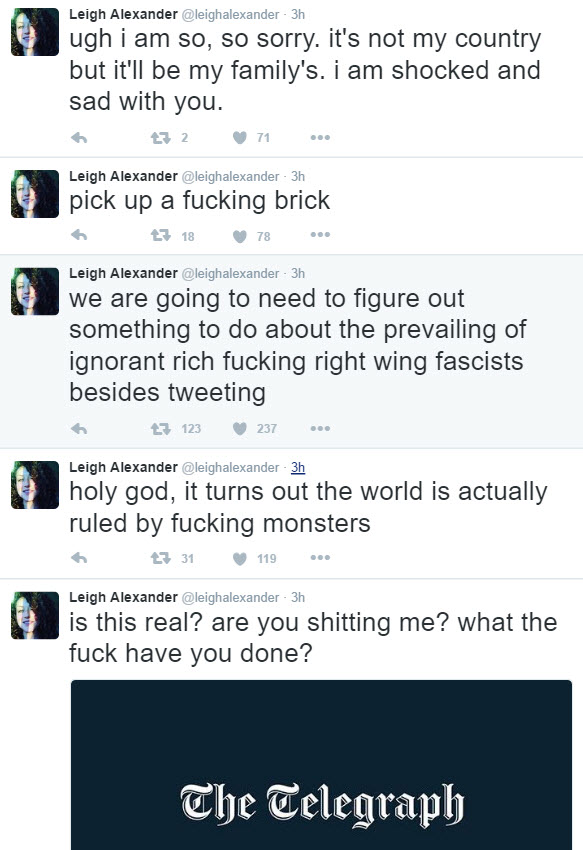 Childish displays on Twitter and calls for violence. Leigh sure has grown a lot over these last couple years. Oh, and most organizations would be embarrassed to have someone like this on staff, but she works for The Guardian, so we can’t really expect much out of them.