I haven’t watched much of anything from the SXSW Harassment Summit, or whatever the hell they called it. I couldn’t even muster up enough fake enthusiasm to power me through a panel or two. I saw that Brianna Wu did something early Saturday morning after it had already happened, which again, didn’t matter because I wasn’t going to watch it anyway. Randi Harper was scheduled to do a panel at 5PM later that day, and I actually did turn it on for a minute a looked for the presentation. For some reason, I couldn’t find it. I wonder what happened?

Ah, I see. Well, there must have been some sort of reason? Maybe the room was too crowded for the cameraman? 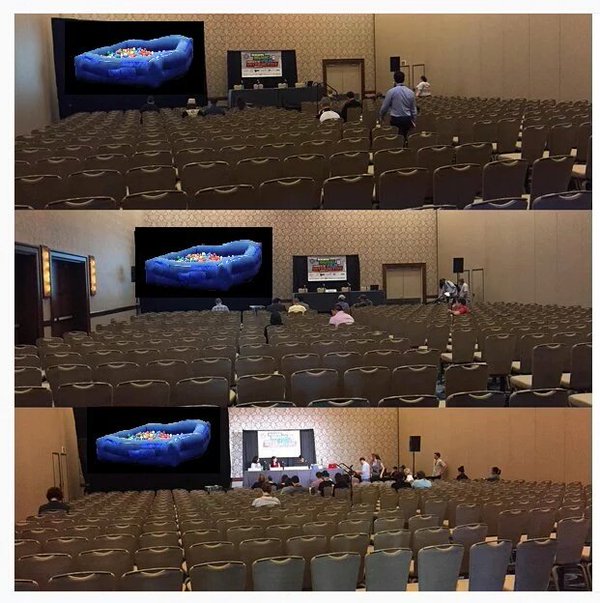 Ouch. OK, well, I’m sure it was still a rousing success, Randi. At least you can still count on the SJW media to spin this as some sort of triumph. Here’s a hack who works for Ars Technica:

Anyway, we could talk about that sort of thing for awhile, but that’s not fun. Let’s talk about Big Randi clowning on Brianna Wu instead, shall we? That should be a lot more interesting and less depressing than thinking about dishonest media spin. In fact, Harper went in on Deceitful Wu time and time again, much to my delight. She got started early on Friday night after Wu put out another one of her clinically insane tweets… 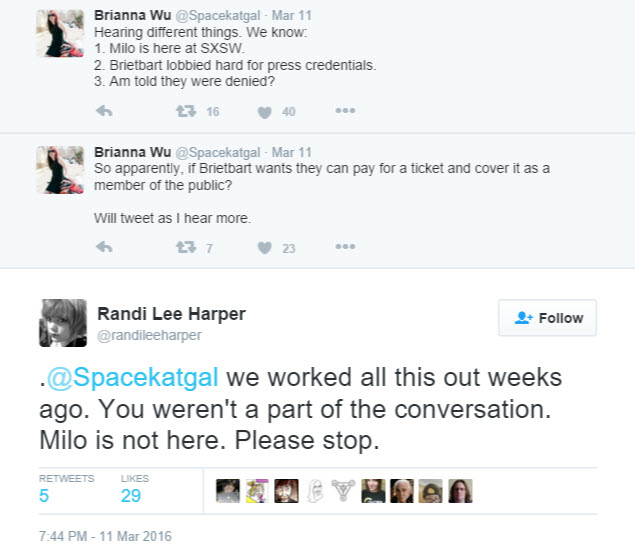 Damn, you weren’t important enough to be a part of that convo, huh Brianna? That must have stung a little bit, since I know your ego is as big as the Grand fucking Canyon. But Randi didn’t stop there. In fact, she seemed to question why Wu was ever invited in the first place. I understand this complaint, since if you’ve ever seen more than one of Brianna’s presentations, then you know they’re almost all exactly the same. I’ll let Ms. Harper explain further… 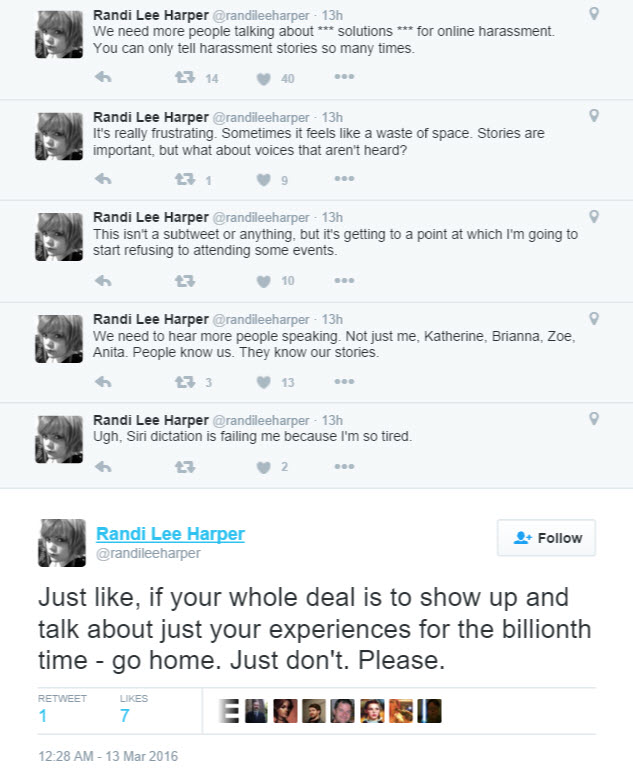 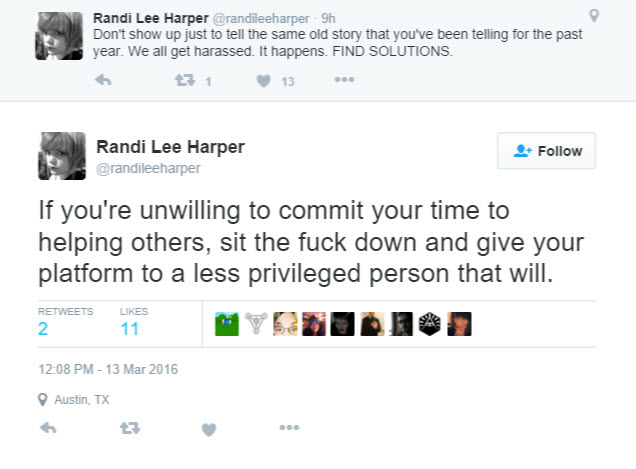 It would be easy to find someone less privileged that Wu, who if you’ll recall, received a loan of $250,000 upon completion of college and proceeded to blow that all on a failed animation company. But, ya know, Wu is trans so that automatically equals oppression, apparently.

Randi, to her credit, seems content to keep roasting this nutter at every turn… 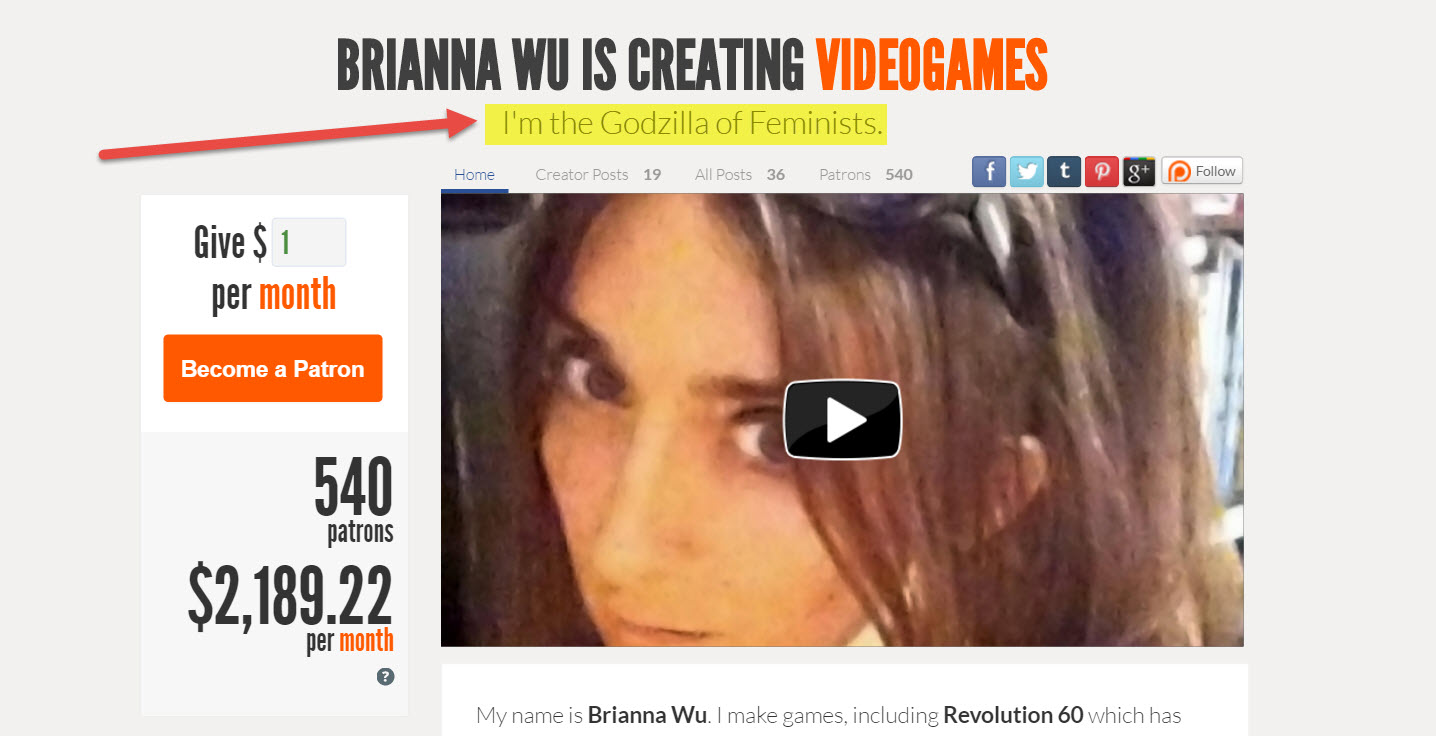 Let’s not get ahead of ourselves, though. We know Randi Harper is one of the most fraudulent people that we’ve ever seen on the internet. I’m still amazed that one of the most prolific bullies in World Wide Web history is now trying to position herself as a anti-abuse advocate, but such is a sign of the times, I suppose. Don’t expect Hamburger Harper to change her ways, either. She know no one in the mainstream media will ever call out her bullshit.