I was wondering when this would happen. Randi Harper hates Brianna Wu, and vice versa. I planned on looking up Randi’s account and seeing what shit he had to spew about it, but I have better things to do during Christmas Week. Thankfully, the freaky neighborhood stalker did the work for me! I always appreciate a helping hand. Merry Christmas, creep.

Anyway, let’s get to the juice of the post and see what Hamburger Harper had to say about Weirdo Wu… 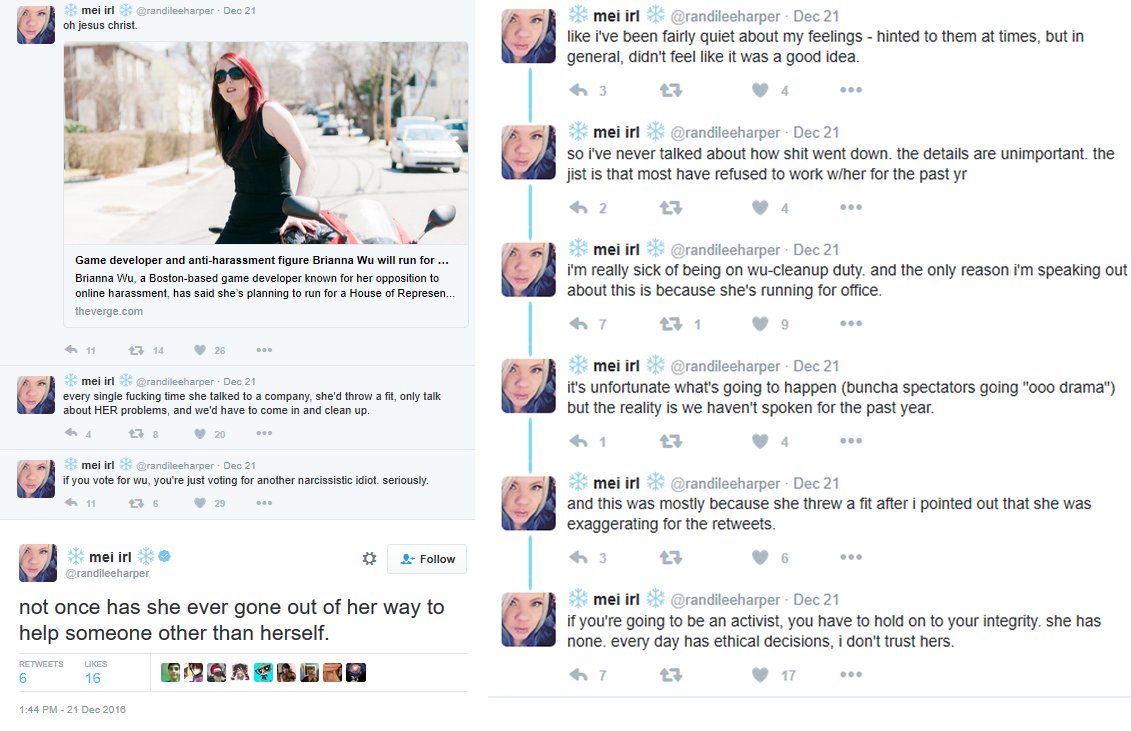 It’s hard to disagree with anything that’s said here. Wu is an egomaniac who serially exaggerates (i.e. lies) things so that SJW retards will write clickbait articles about, well, Wu. I don’t have a problem with clickbait in general. My point is at least make it about worthy subjects. Sensationalism is great, I love it. It’s fun. But it needs to be grounded in fact. Nothing Brianna says or does is grounded in any sort of reality. Fact doesn’t exist for that psycho.

I’m also not surprised that Wu tried to make everything about “her.” That’s been the M.O. from Day 1 with this goon…

TheRalphRetort.com archives are brimming with examples of Big Randi’s hypocrisy. It’s hard to pick out just one, but the Loot Crate Saga always stands out. So they are both scum, at the end of the day. I know this to be true. Even with that said, I would have to rank Randi Harper a little higher than I do Wu. She’s not quite as big of a liar and fraud. Well, I mean, in terms of psychical size, yes, she is.

I didn’t mean to be literal, though.

Anyway, let them fight, as they say. I’ll just sit back and enjoy my popcorn.