The FullMac post is still coming, but let’s face it. He’s not gonna get any less crazy between now and then. First, let’s talk about Big Randi Harper…or Hefty Harper, as I’m using in the headline tonight. Let’s see if we can’t get another nickname going for her. Anyway, she lashed out at an SJW pawn named Chris Plante earlier today. He writes for The Verge, and was one of the idiots who blew up the Matt Taylor Shirtgate bullshit. Needless to say, he’s not a fan of GamerGate, either. So why is Rancid Randi (one more!) doing this? Well, she’s an egomaniacal glory hound who can’t stand losing spotlight…even when she doesn’t deserve it.

Before we get to Harper, here’s Chris Plante on GamerGate from back in the fall. He’s a total dunce, don’t get me wrong:

But Randi is supposed to be the head of an anti-abuse organization (OAPI). I don’t think you’re supposed to go around calling people “dick for brains” when that’s your chosen vocation. I don’t know, maybe I’m off-base here: 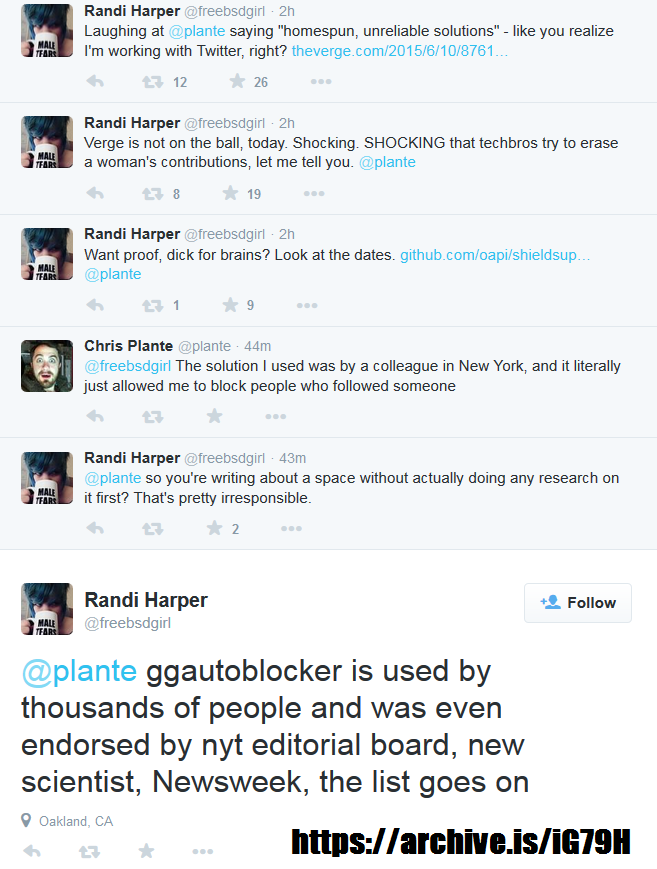 “Techbros.” Get the fuck out, Randi. You literally make me sick to my stomcach every time I see you spouting some nonsense like that. I doubt you even believe it yourself, since a few years ago you were making fun of feminists. Regardless, your act is getting old as fuck, and I can wait for your ultimate downfall. You’re pissing off so many, even on your own side, that this is bound to happen sooner rather than later. Milo is also coming for your ass. In short, you’re in a lot of trouble. Don’t you also owe the IRS a bunch of loot? It must suck to be you in a lot of ways right now. I’m just gonna sit back and enjoy the show.

P.S. This isn’t the only tirade she went on recently: 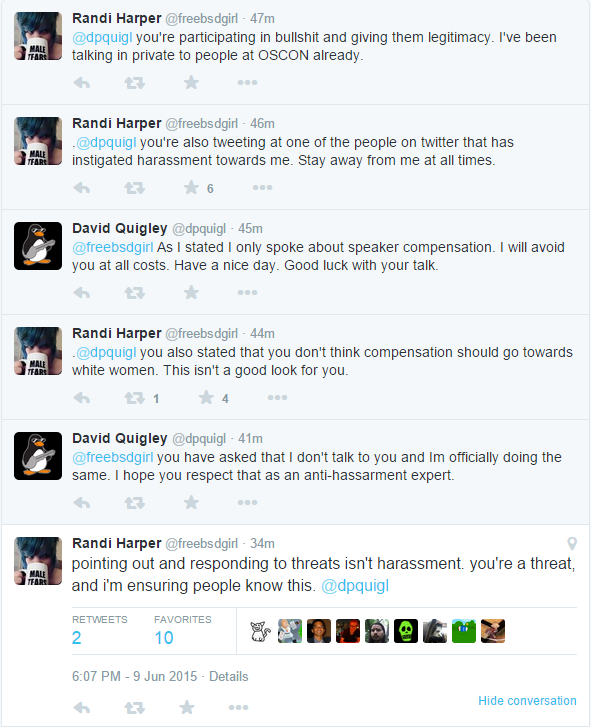