Good morning, readers. Well, it’s almost the afternoon, actually, but here I am. If you haven’t checked out FeministPeriod’s excellent piece from last night, please do so. He now has an official writer credit here on the site, so hopefully we’ll be hearing from him even more. I wanted to lead off with a short post that will hopefully show you just how intellectually bankrupt US colleges really are these days. OK, most of you won’t really be shocked. Still, it’s worth pointing out the craziness when we see it.

JJTalkz, a YouTuber that I interact with from time to time, tweeted this out earlier today…

FIND OUT WHAT HAPPENS WHEN A WOMAN WANTS TO STUDY IMAGES OF WOMEN IN THE GAMING WORLD!!

Well, when that woman is a fraudster who lies about her findings, doesn’t know the first thing about the games she studies, and cries harassment so that the media will give her more attention…then her critiques won’t go over that well. Unless you’re a radical feminist or someone with a “progressive” philanthropic organization. I’ll get into that bit later, though (Anita’s fundraising has picked up thanks to a big check from one of those orgs).

Anyway, I asked JJ what the name of the book was, and I was told it was this one:

Good lord, what a sweet racket the textbook industry is. $78 for a new copy and that was the 4th edition. Not only that, there’s a 5th edition coming out this summer. I get pissed every time I think about how much they’re ripping off students for with all this, because it wasn’t that long ago that they were ripping me off personally. I would suggest AbeBooks, where you can find some of your titles in international versions, which include the same material for like half the price, or less. The textbook cartel doesn’t like that you can do this, which is why they sued a Thai student who ran a small book importing operation. Thankfully, they lost at the Supreme Court.

That was a nice diversion about books, but let’s take a short look at these esteemed authors. I’m sure you have to be brilliant in order to sustain a career of ripping off students… 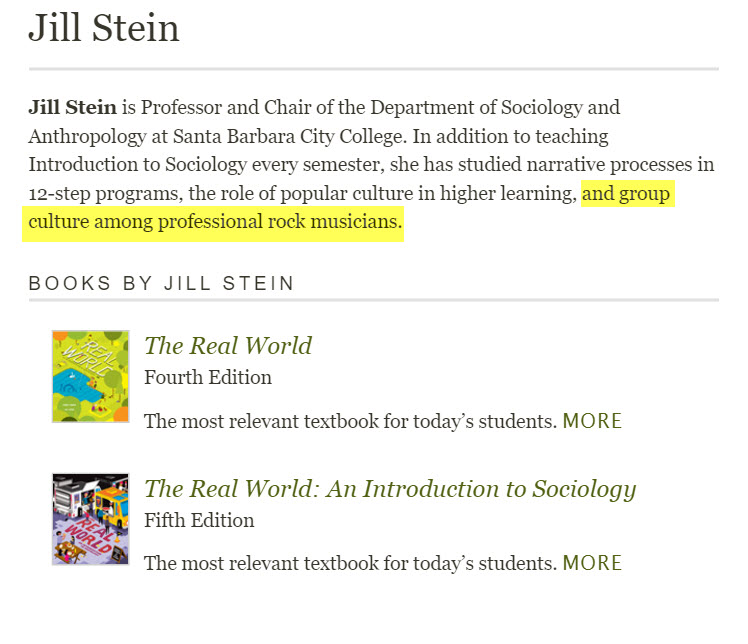 Group culture among rock musicians, you say? I’m sure she undertook long and rigorous study in this field… 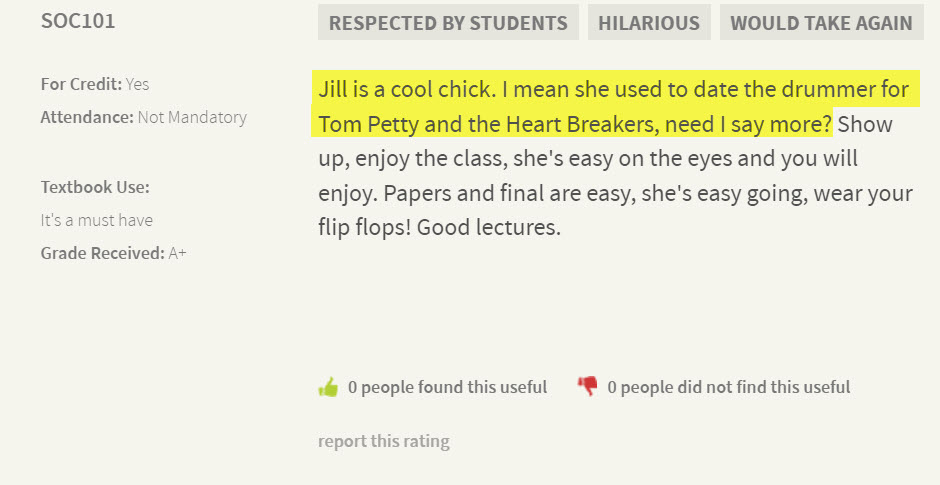 No. You really needn’t say any more, anonymous student. I think we all get the picture quite well.