Well, the Huffington Post has certainly outdone themselves this time. They just doxed Dayanna Volitich, a Florida teacher, all because she had the temerity to be open with her alt-rightish beliefs online. Now, don’t get me wrong. I don’t co-sign all the things she said. But, the way she’s being treated by the same press who tries to call out alternative media over abusive online behavior is astonishing. They can’t say it’s all about the kids she was teaching, either. If it was, then make a low-key report to the relevant administrators and move on. You don’t blast it all over the web if your motives are truly altruistic.

Some of the tweets they included are pretty hilarious, by the way. 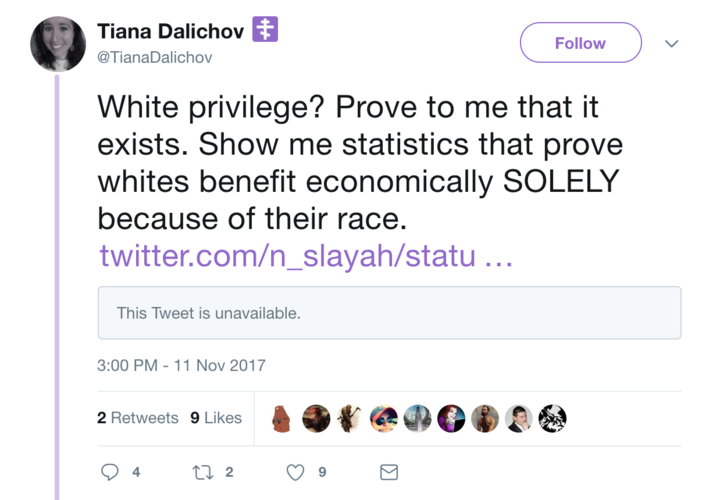 Contradicting white privilege is apparently a big sin, according to the Huffington Post. Now, to be fair, there were some tweets about the “Jewish question” and other things that you probably shouldn’t tweet out if you want to keep your job as a public school teacher. There was also a bit where she claim to have lied to school administrators when they asked her about whether she had injected her political beliefs into her classroom. That’s the kind of thing that can get you fired for cause. So, Ms. Volitich definitely violated some common sense rules here. That being said, I don’t really think this response is appropriate in measure. Just do a quick Google search of her name right now to see what I mean.

She has provided a statement, however. She says her entire online personality was satirical, which if true, would not be the first time someone has done something like that:

“None of the statements released about my being a white nationalist or white supremacist have any truth to them, nor are my political beliefs injected into my teaching of social studies curriculum. While operating under the Russian pseudonym “Tiana Dalichov” on social media and the Unapologetic Podcast, I employed political satire and exaggeration, mainly to the end of attracting listeners and followers, and generating conversation about the content discussed between myself and my guests. The views “Tiana Dalichov” espouses do not pervade my professional career. As an adult, my decisions are my own, and my family has nothing whatsoever to do with my social media accounts or my podcast. From them, I humbly ask for forgiveness, as it was never my intention to cause them grief while engaging in a hobby on my personal time. All future questions about the current situation should be directed to my attorney. I cannot comment further, due to the ongoing school board investigation.”

This white privilege thing has really got the press’ panties in a twist. Look at this line from the report where I got her statement…

However, the 25-year-old maintains that the racist views she presented on Twitter and on her show, such as claiming white privilege doesn’t exist…

Claiming white privilege doesn’t exist is now apparently racist. Again, there are some incendiary comments in these reports. I just find it interesting that they want to lump this particular statement in with the others. It’s probably because they plan to use that standard to brand tons of other people as racists.

Anyway, today I learned that it’s fine to teach kids if you’re an avowed socialist who hates white people and makes sermons to that effect, but if you doubt white privilege is a thing, then your life can be ruined at will by the progressive press. Oh, and online harassment isn’t an issue for some. If you’re on the “right side of history,” you can just do whatever you want to advance your agenda.