Just in case you didn’t think today could be filled with anymore news, I’m here to tell you that you’re wrong. On Twitter just now, the founder of the International Game Developers Association (IGDA), threatened the career of any developer who openly supports GamerGate. This is EXACTLY the sort of thing we’ve been talking about. People like RogueStarGamez have warned us about this sort of thing from the very beginning of GamerGate.

Here’s his threat. It’s funny, because in another tweet, he likens us to the Mafia, but it’s him that’s issuing Mafioso style threats: 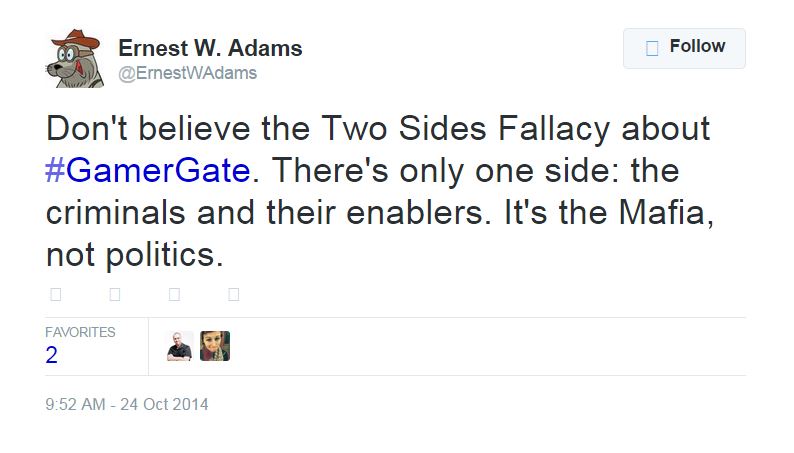 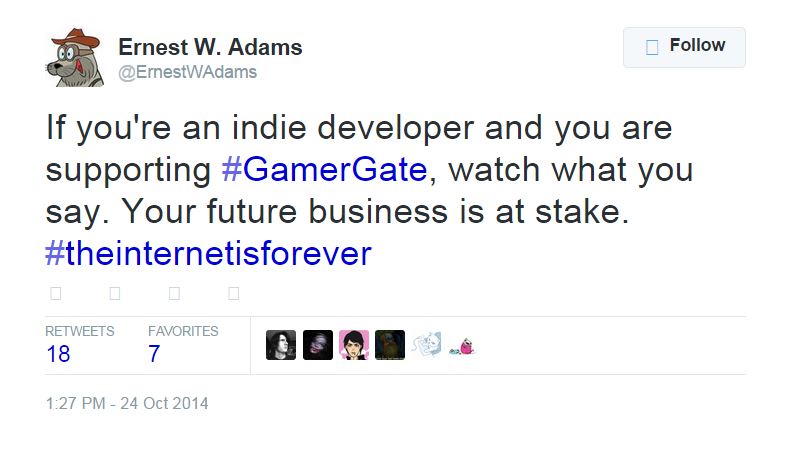 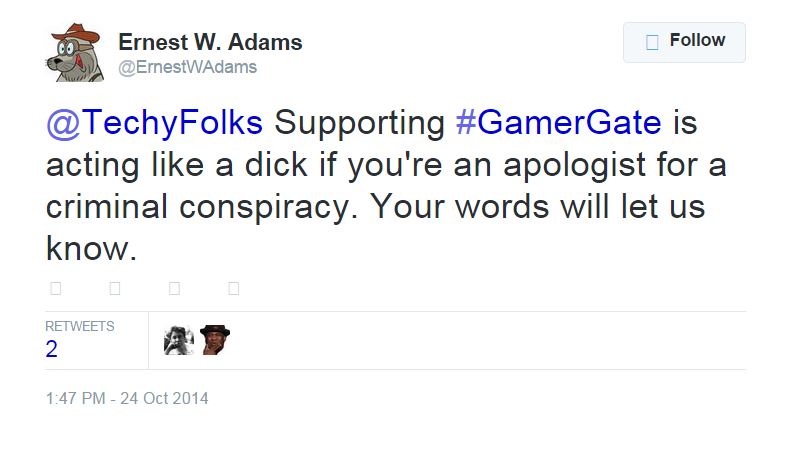 Every day, I keep thinking that these people will get smarter, but they never do. That’s a good thing for us. We would still be winning without it, in my opinion. But the errors are bringing us the victory much sooner than would normally be the case. So please, continue to think that you can say this shit in public without it being called out. Leigh, fire up that racist mouth of yours. Keep the hits coming.

UPDATE: IGDA has since come out and distanced themselves from Mr. Adams’ comments, noting that he hasn’t been involved with the organization for some time.