Industry Sickness Reveals Itself Thanks to Geordie Tait

This is just a short update on our story about Gamer Holocaust advocate Geordie Tait. I would have written it before bed, but I passed out like a little bitch. So, here we are. Tait, as I said in the previous article, is a nobody. It was important to highlight his comments, and to laugh at him, but other than that, I didn’t think he held much value. But that was until I saw what I saw on Twitter last night.

Instead of telling Tait to seek help, several people commented on what a good article it was. I can’t even imagine the process that has to occur for one to praise a genocidal screed like that. But, safe to say, you have to be pretty crazy yourself. But it wasn’t just randoms who commented..several industry figures liked the essay. Someone on my timeline made the excuse that they were just liking it without reading, or having a laugh. I don’t buy either one of those. This article is very clear about it’s intentions, and the author is not joking in the slightest. His interview this morning on KingofPol’s live stream makes that even clearer.

There has to be a deep sickness within the industry for 2 figures to have liked Geordie Tait's Gamer Holocaust rant. #GamerGate

The rant clearly wasn't a joke. If you pressed like on that, you're probably crazy yourself. #GamerGate

I guess some of you will say I’m blowing this up unnecessarily, but to me, this illustrates the deep rooted hatred of gamers prevalent in the gaming industry. To be fair, many of out opponents distanced themselves from Geordie Tait’s post. So I don’t want to act like everyone on the other side is like this. But, there’s definitely a hardcore element that would like to see us erased. 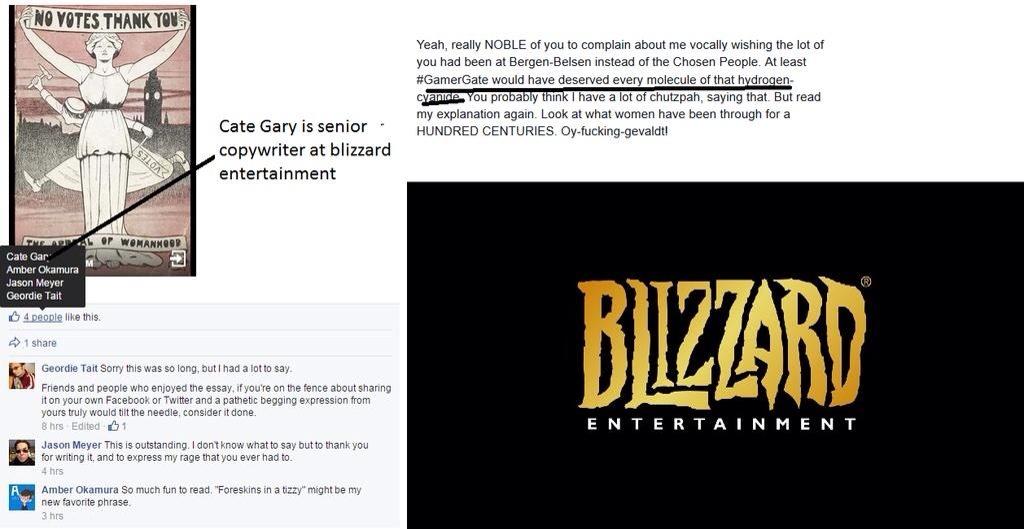 I don’t know about you, but I don’t go around liking long manifestos without reading them. And Cate Gray wasn’t the only one to co-sign this beyond-the-pale garbage (Also, LOL @ Fail King for liking his own shit. Pathetic): 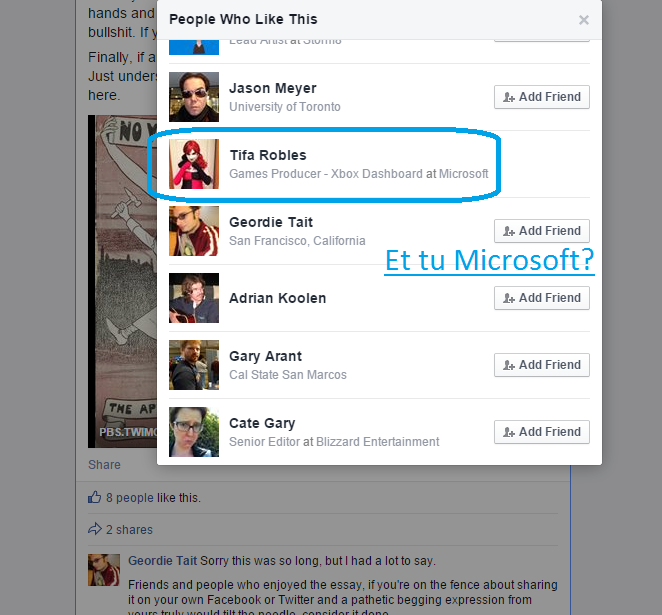 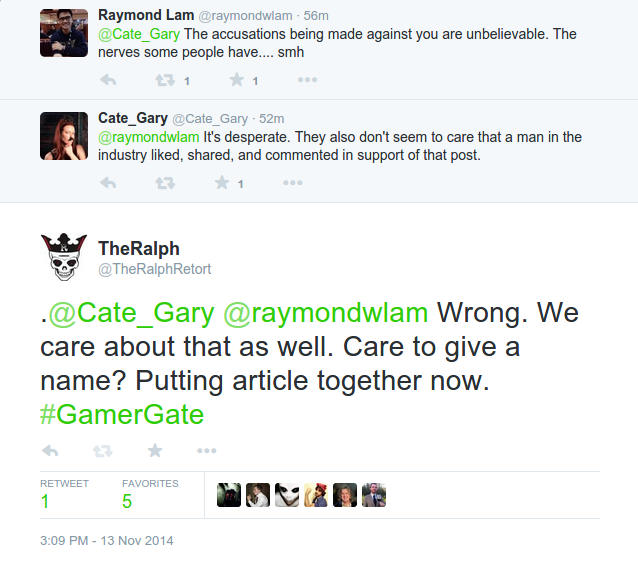 (She didn’t give the other name. If anyone knows about it, put all relevant info down in the comments)

All we can do, is fight like hell to preserve our culture and way of life. Every crazy death wish they hurl at us, all their false accusations…they must be chronicled. They’ve made it their mission to wipe us out, if not literally, then definitely figuratively. Luckily, they have severely underestimated our resolve. Three months in, and we’re still going strong. Keep up the fight, and ignore the haters.

UPDATE: More photos of the comments and likes… 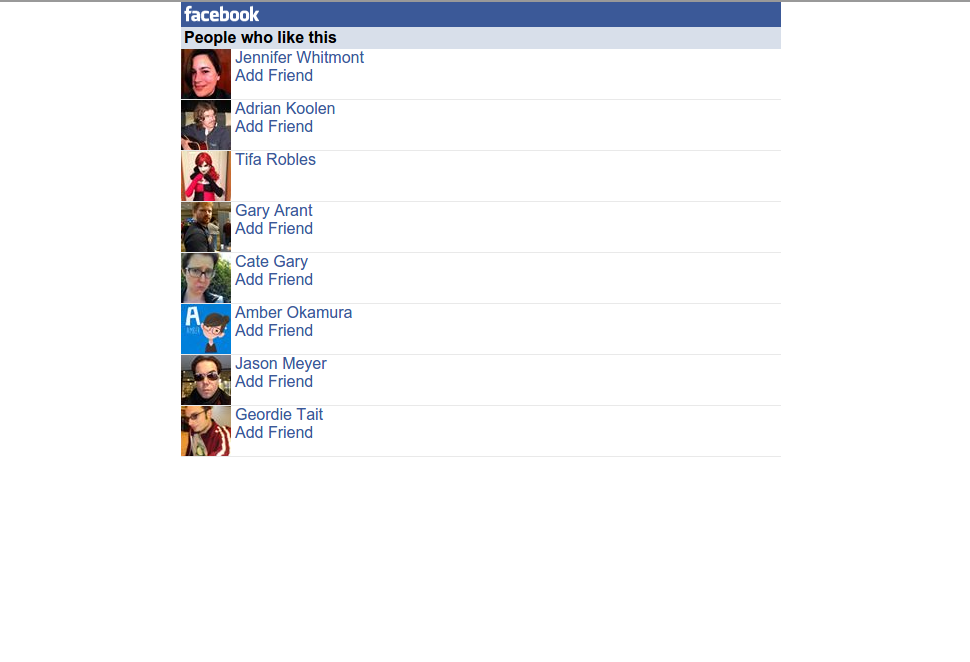 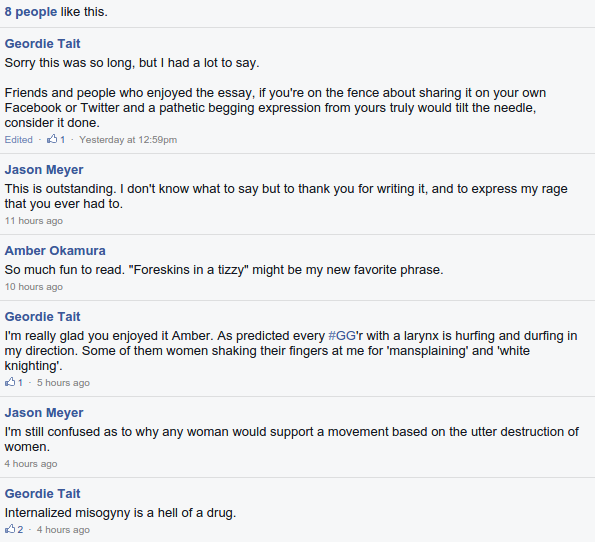