I just woke up, and have another column I’m working on thanking The Escapist for their recent moves. But I just caught something that went out over Twitter a couple hours ago. Since I was asleep, I didn’t see it immediately. Because if I had, it would already be up on the site. Brianna Wu tried to blame us for some psycho talking about unleashing a Sarin gas attack on the upcoming PAX East convention.

The only problem is, this guy was a GamerGate hater who was talking about killing us several tweets down. The reason he wanted to gas PAX seems to be so he would kill a bunch of us. So Wu just outright fabricated some shit, in other words. I don’t get visibly angry at too much stuff anymore, cause I’ve seen it all now. But this shit pissed me the fuck off.

Here’s the tweets, in case you missed them. At least Wu had the small amount of class required to delete them. To be honest though, it’s probably for her own image, since the claim was so obviously bogus. I don’t think Wu has any decency left (archive links): 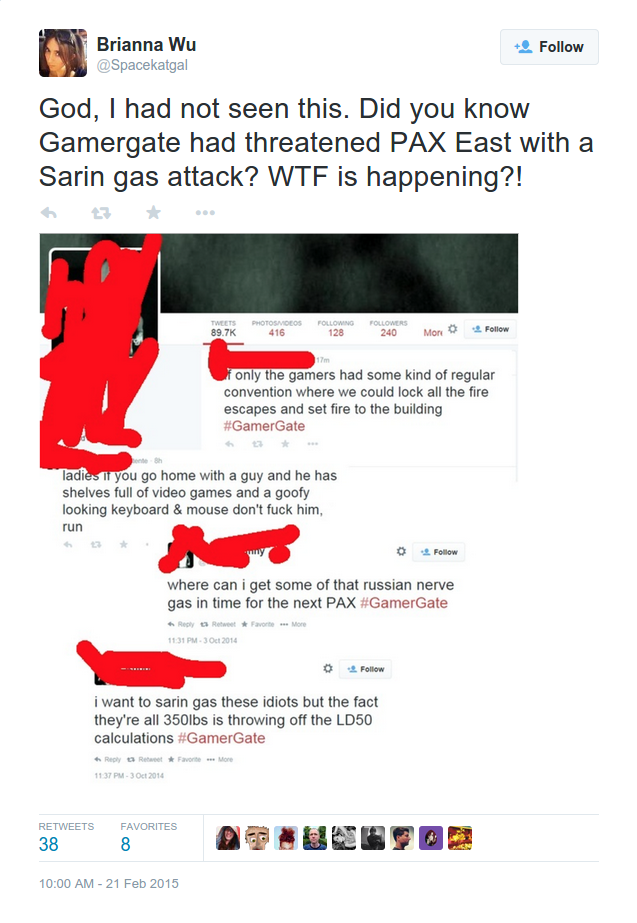 As TotalBiscuit pointed out, this is all complete bullshit. The guy was actually talking about killing GamerGate members, not Wu and her corrupt clique. Also, It was from last October, and looks to be from a third-party troll: 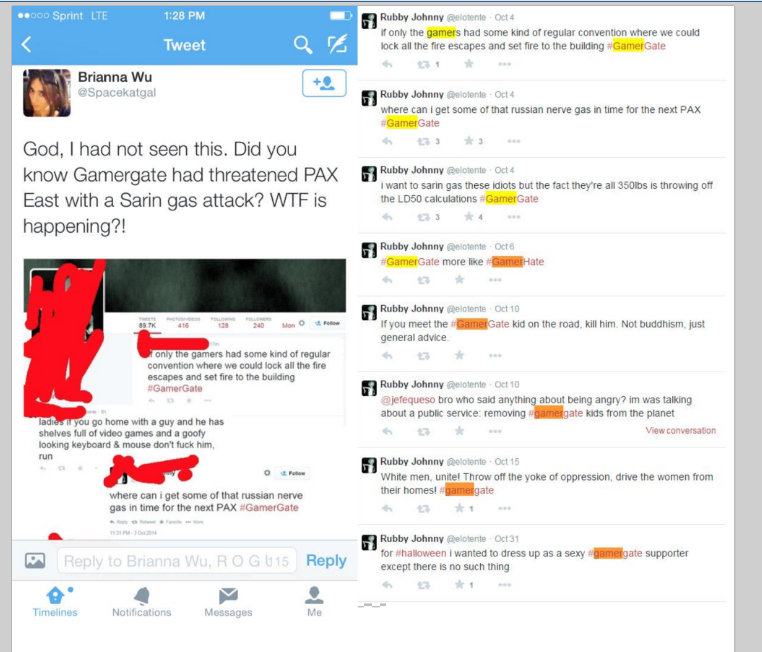 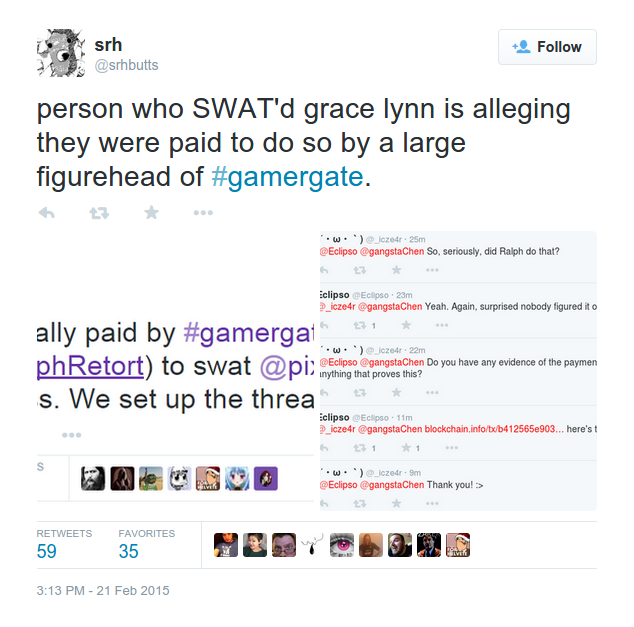 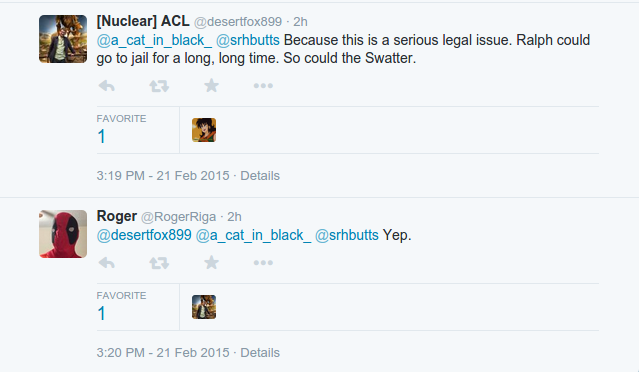 .@feministgaming @srhbutts Fuck off SJW nut. I never paid anyone to do shit. I'm too cheap, for one. And too poor for another

The sole proof provided for this? A lone Bitcoin transaction, with no other information. In other words, complete bullshit, just like Brianna Wu’s claims. I guess this is Make Up Completely Bogus Accusation Day. I just spent several hours on Twitter fucking around with this nonsense. It was a complete waste of time, as usual. But I think most people realize what a fake it was by now.

Just another day in GamerGate. If you’re outspoken and always in the middle of shit, like I am, then you will get shit thrown your way. But Wu’s attack on PAX East? That shit is just unconscionable. All this is not a surprise, given Wu and Butts’ track record. But the way they are desperately trying to peddle obvious lies, should tell you something. They’re losing, and they know it.