Remember when I said that these SJW nutcases reveal their true nature on Twitter? I would link you to the article,  but I’m too lazy to search through and find it. I did say it though, and it happens to be true. Just look through the last  few days of posts here on the site. We had the former write from The Verge saying he was going to go to Comic Con and punch the first person who said GamerGate. Yesterday, we reported on Matt Lees calling CH Sommers scum. That was on Reddit, but the point still stands. They show a fake face to the mainstream media. The real deal is on their social accounts.

Today, we have yet another anti-GamerGate thug acting in a despicable manner. This time, it’s former Jeopardy champion Arthur Chu. I never thought I would be writing a post that highlighted his advocacy of doxxing, back when I saw him on the venerable game show. But, here we are. It’s not in dispute, either. He explicitly takes a position in favor of doxxing. Take a look at his tweet from earlier, courtesy of Twitter user @Max_x_Milia: 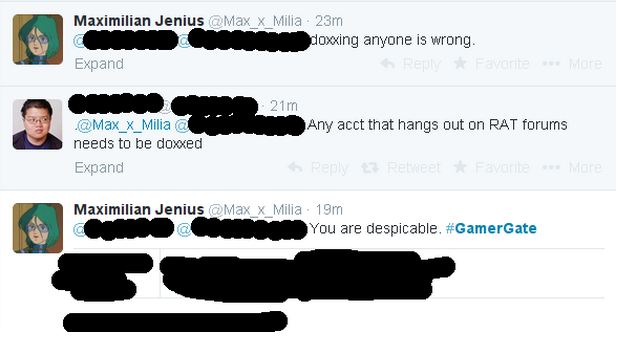 At least we can say that Arthur didn’t actually do the doxxing. Let’s be clear, since some people get their panties in a wad about some of the things I write here. But, Mr. Chu’s encouragement of these sleazeball tactics is still noteworthy. If one of our members had said doxxing was OK, you better believe it would be blown up.

Yes, Chu is basically a nobody, outside of his Jeopardy fame. He’s trying to worm his way into a talking head position, but I don’t see that panning out. Maybe he can go back on the show when they have another tournament of champions. Although, now that he’s mixed up with doxxing, I’m not sure even they would want to have him back.