I’ve been fucking around on social media all day. That’s nothing new. It’s not all fun and games, though. Twitter is a vital source of news, and it keeps me connected with the GamerGate community. Yes, it’s also a madhouse that frequently keeps me distracted, but it’s still valuable nonetheless. Today it alerted me to a story about Cathy Young. You may remember her for her awesome pieces on GamerGate, but she stays based with everything she does. Because of this, she’s earned the ire of a lot of radical feminists. I wasn’t exactly surprised to see the Jezebel hit on her from this past Friday, but the content was still pretty appalling.

Cathy has been investigating some dubious rape claims against a Columbia University student. She unearthed some evidence that puts the claims against him in a new light, and has been catching heat from the usual SJW corners of the internet because of it. Credit where credit is due, even though I’m friendly with her on Twitter, I missed this column, and the Jezebel response, until I saw a particular tweet today (thx Liz):

That’s an excerpt from the Jezebel article. They can’t seem to comprehend why we would want to fact-check rape claims that get huge publicity in the national media. Maybe it’s because so many of them fall apart under serious scrutiny? We just had the UVA rape hoax this past fall, and we all remember the Duke lacrosse bullshit. These things frequently turn out to be bogus. And why shouldn’t the accused have their account printed in prominent media outlets? Is this a right that only accuser’s should have?

Here’s a couple selections from Cathy Young’s original article in The Daily Beast: 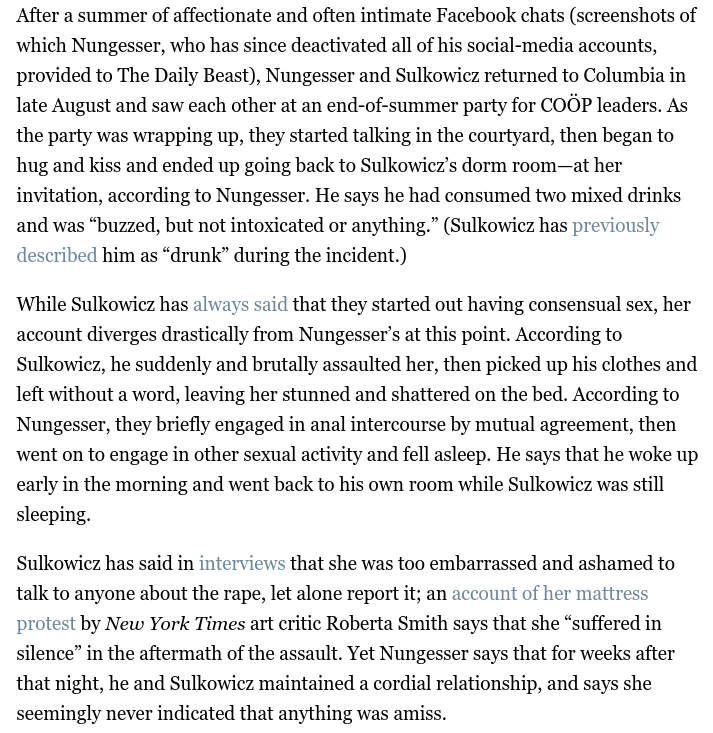 As it so happens, Young seems to have unearthed several important facts, including seemingly catching the accuser, Emma Sulkowicz, in a lie: 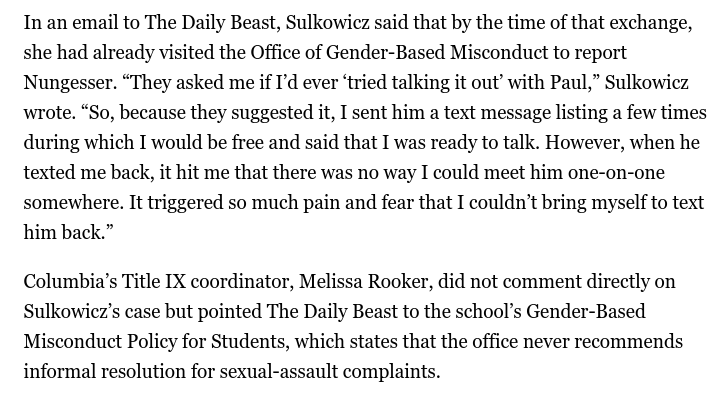 I don’t want to screenshot the whole article, cause you need to go read it. But it blows hole after hole in the story of the accuser. It’s really an amazing story. Even after being cleared by the university, this guy’s name was dragged through the mud by this publicity hungry “victim.” She carries a 50-pound mattress around campus to and from classes in an effort to shame him into leaving school. She slimed him in the New York Post, and even enlisted the help of a United States Senator to spread this shit.

So what does Jezebel do in the face of all this? Continue spreading garbage, of course:

As you can see, they’ve had a grudge against Ms. Young for quite some time. They even take a shot at Based Mom for good measure (check the Liz tweet above). These people are scum. Look at how they hilariously whitewash one of his accusers skipping a hearing (he was cleared of all charges, and there’s circumstantial evidence that they colluded to make them in the first place). I know one thing, I would show up to put the bastard away, if he had tried to assault me. Perhaps she feared being exposed and figured it was better to call the whole thing off?

These attacks on the integrity of Cathy Young are outrageous. She’s done nothing except her job. I know these journos are used to just “listening and believing,” but that’s not actually how you’re supposed to do journalism. Sit back and let Cathy teach you a couple things. You would think these idiots would be tired of getting burned by dubious rape claims by now, but apparently, they aren’t.