John Rivello (aka Jew Goldstein) Has Made Bail, But is Ordered to Stay at Dad’s House 24/7 with No Internet Access

I’ve been following the latest developments surrounding the “a gif is now a deadly weapon” case concerning Kurt Eichenwald and the accused John Rivello (aka Jew Goldstein). I’m on record saying this is pretty much a free speech case and that it would set a dangerous precedent if he was convicted. That being said, there will be immense pressure on him to cut a deal, since going through a federal trial (in addition to a state one) and losing is fraught with risk. I have a little bit of experience in this area, unfortunately. It’s usually better to take the offer given the way our system is setup.

Still, I hope to see him fight the charges. His life while on bail is not going to be easy, though. According to recently released court documents, bail was set at $100,000 and Mr. Rivello has been ordered to stay at his father’s house 24 hours a day, 7 days a week. In addition to that, he is also forbidden to use the internet during his bail period. This is reminiscent of the Gregory Alan Elliott case up north in Canada. He was also denied online access during the lengthy wait between receiving his charge and receiving his trial. 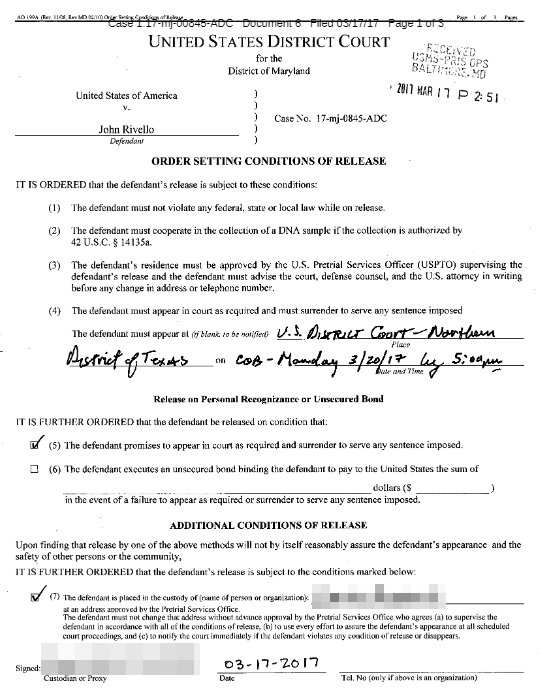 Thankfully, Elliott was eventually found not guilty after a trial. Mr. Rivello was originally appointed a public defender by the court, but thanks to money raised for his defense over on Wesearchr, he now has two law firms behind him.

He needs all the help and support he can get right now. There are a lot of powerful forces aligned against him.