EDITOR’S NOTE: This is one of the strangest things I’ve seen in awhile. As most of you know, I reviewed Jurassic World last week. Long story short, I liked it a lot (and might go see it again for kicks). But, never once did I think about the lead actor being in “brownface” because he had a dark tan. Maybe that’s because the movie takes place on a fucking tropical island, but I digress. Also, I’m not a demented Tumblrina like the person Candy Jam, our recent contributor, discusses this morning. The bizarre Tumblr post is included as well.

Tumblr couldn’t possibly get any stupider could it? Yes. Yes it could. In light of the Rachel Dolezal Orange is the New Black scandal, the hellhole of a site decided to have it’s own case of ‘brownface’ with the new star of Jurassic Park-I mean World, Chris Pratt. 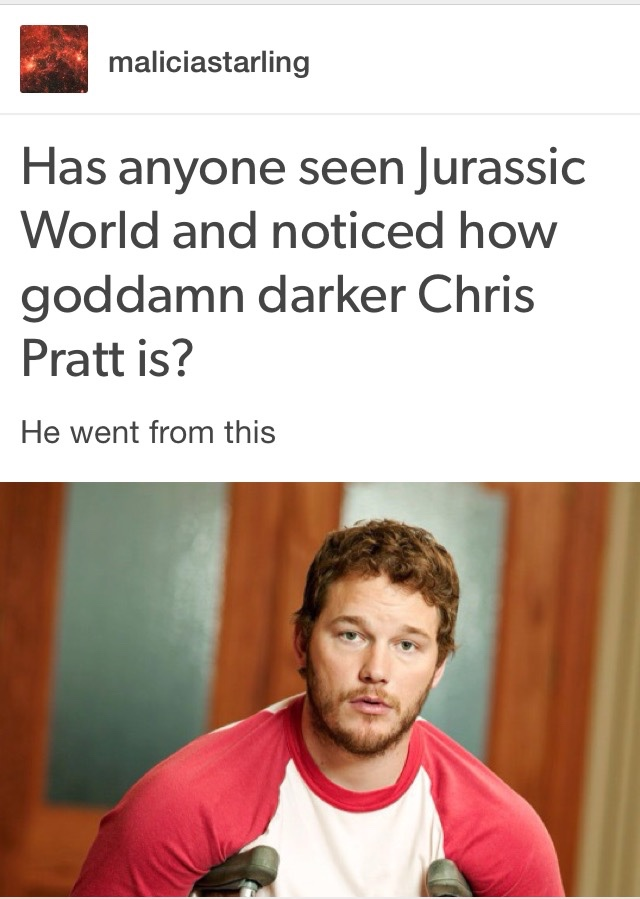 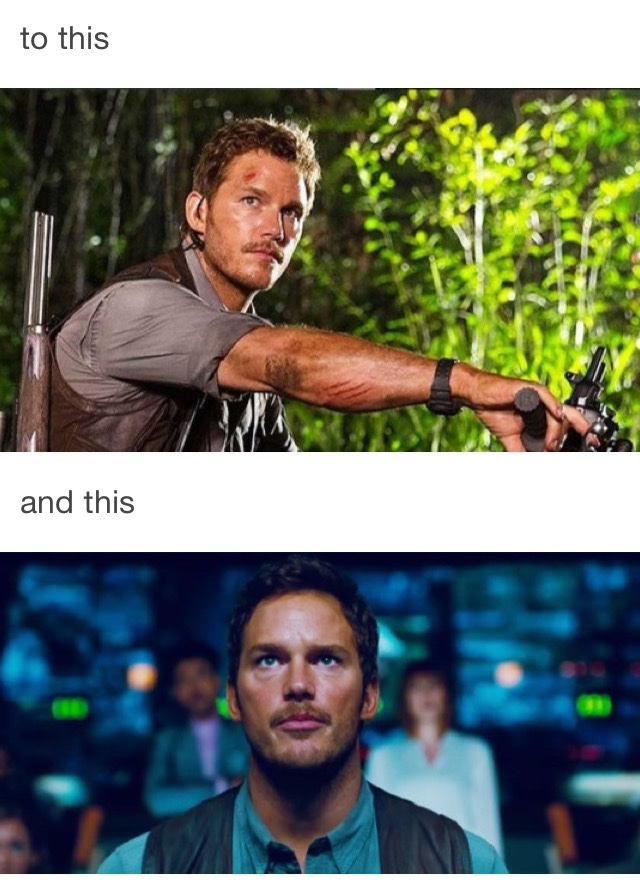 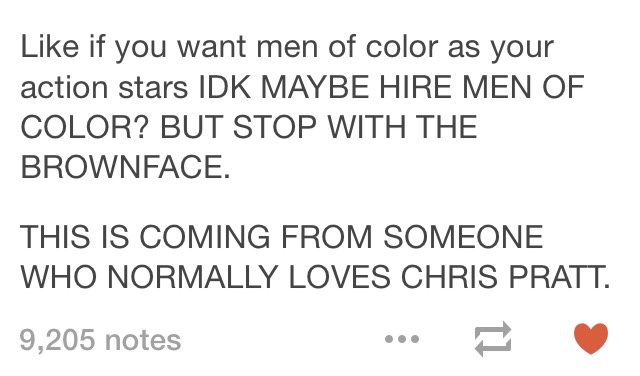 Maybe Rachel can give pointers on how to get away with it? I’m sure she has a make up collection to rival that of the monster creators of Syfy’s Face Off.  Like John Green just a few days prior, Chris fell from grace, going from the dorky beloved of a hoard of panty drenched tumblrinas to EVIL RACIST. All this because he worked in the sun, in Hawaii for a total of 78 shooting days. He obviously stepped over the hard working “people of color” (PoC) actors as he did. But only 9,205 notes on Tumblr? A lot of which are people calling out the shit show for what it is. That’s a positive right? Nope. 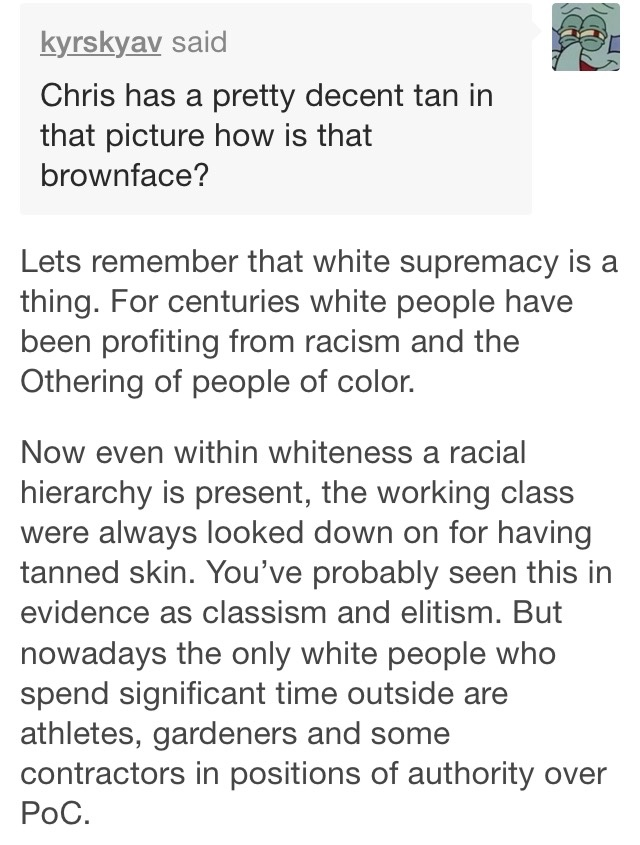 Yep, gotta bring that White Supremacy in, all that racial hierarchy! The sun totally favors the white people. And of course the working class is only PoC cause white people get all the good inside jobs…like Barista at Starbucks. Then they get the authority to decide whether or not to spell that oppressed’ PoC’s name correctly. The audacity! And the crazy goes on. Into Tin foil hat territory. 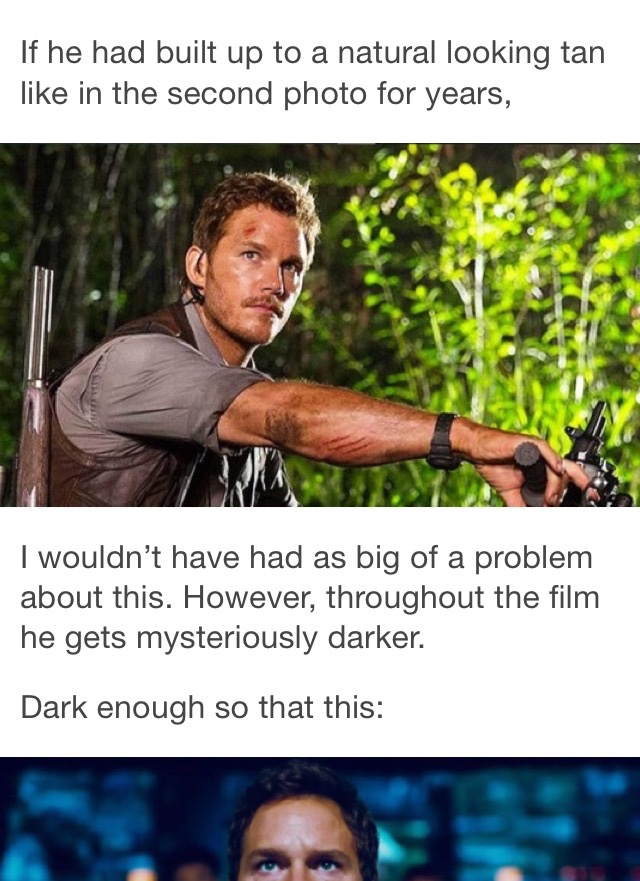 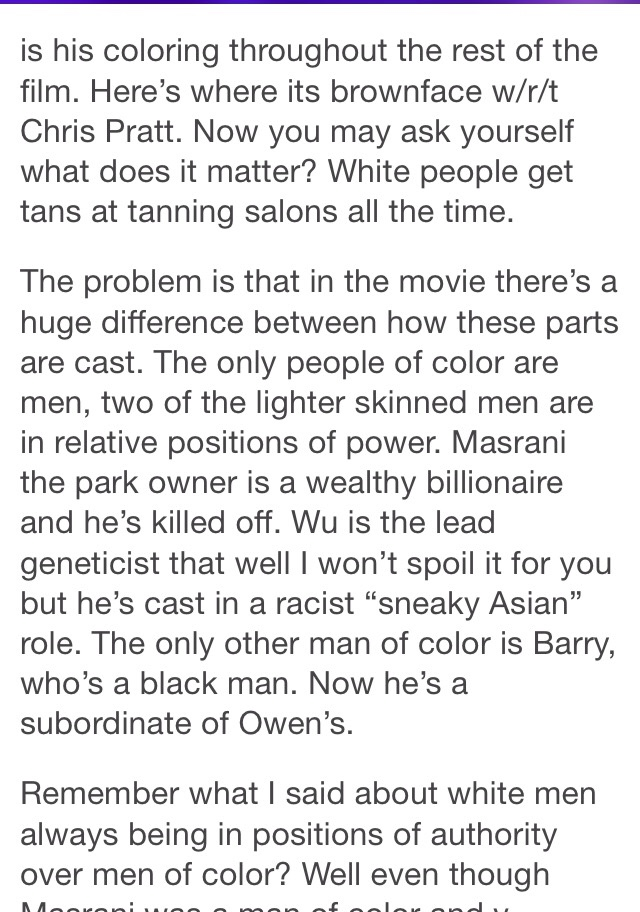 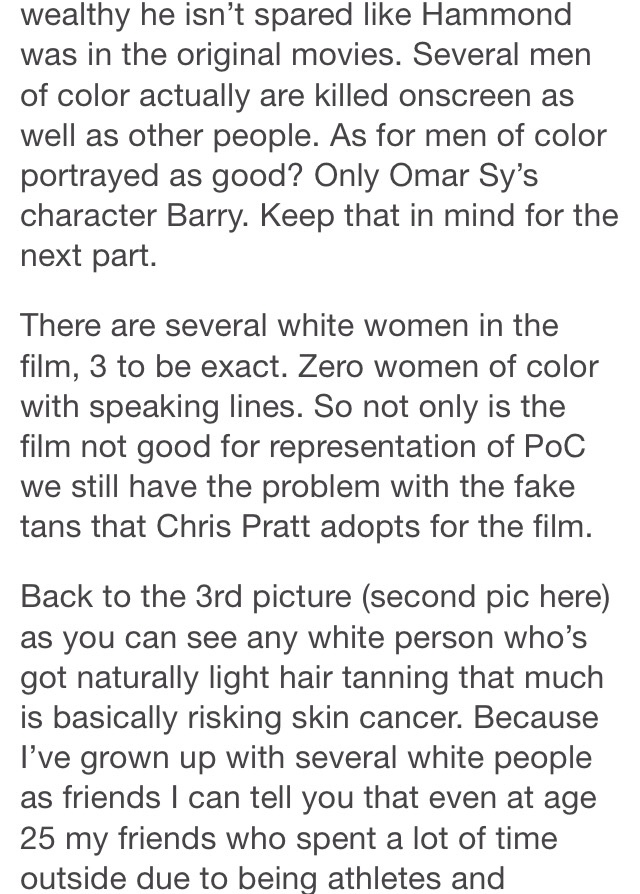 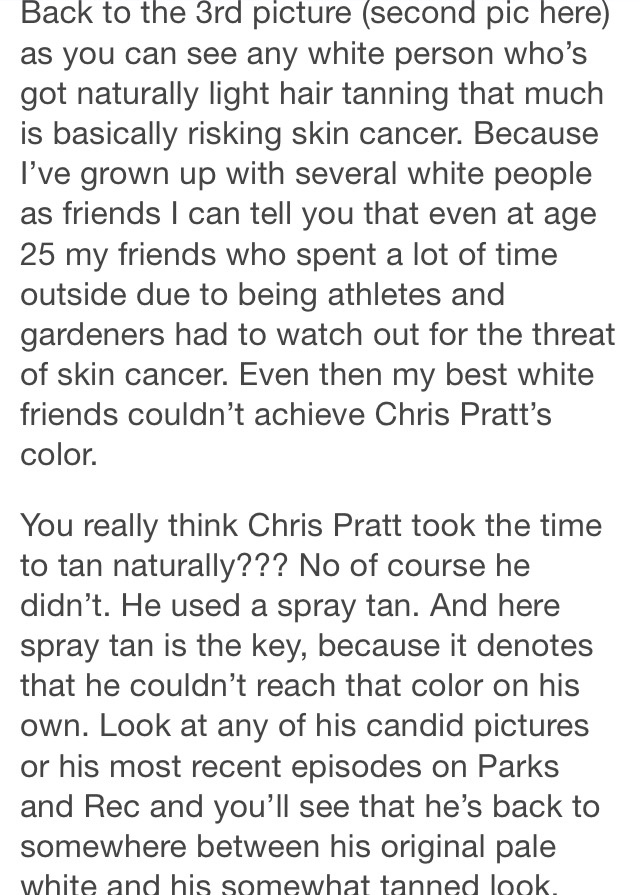 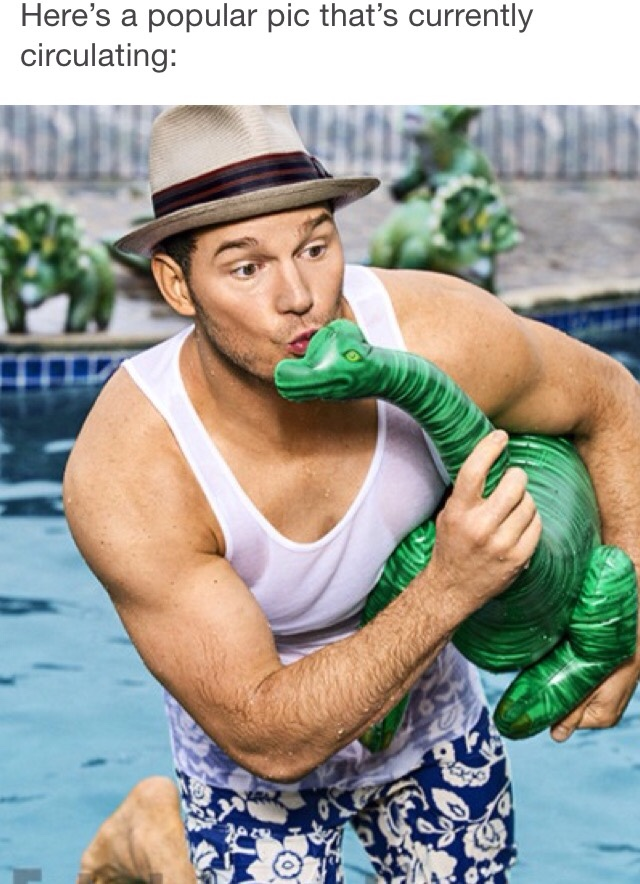 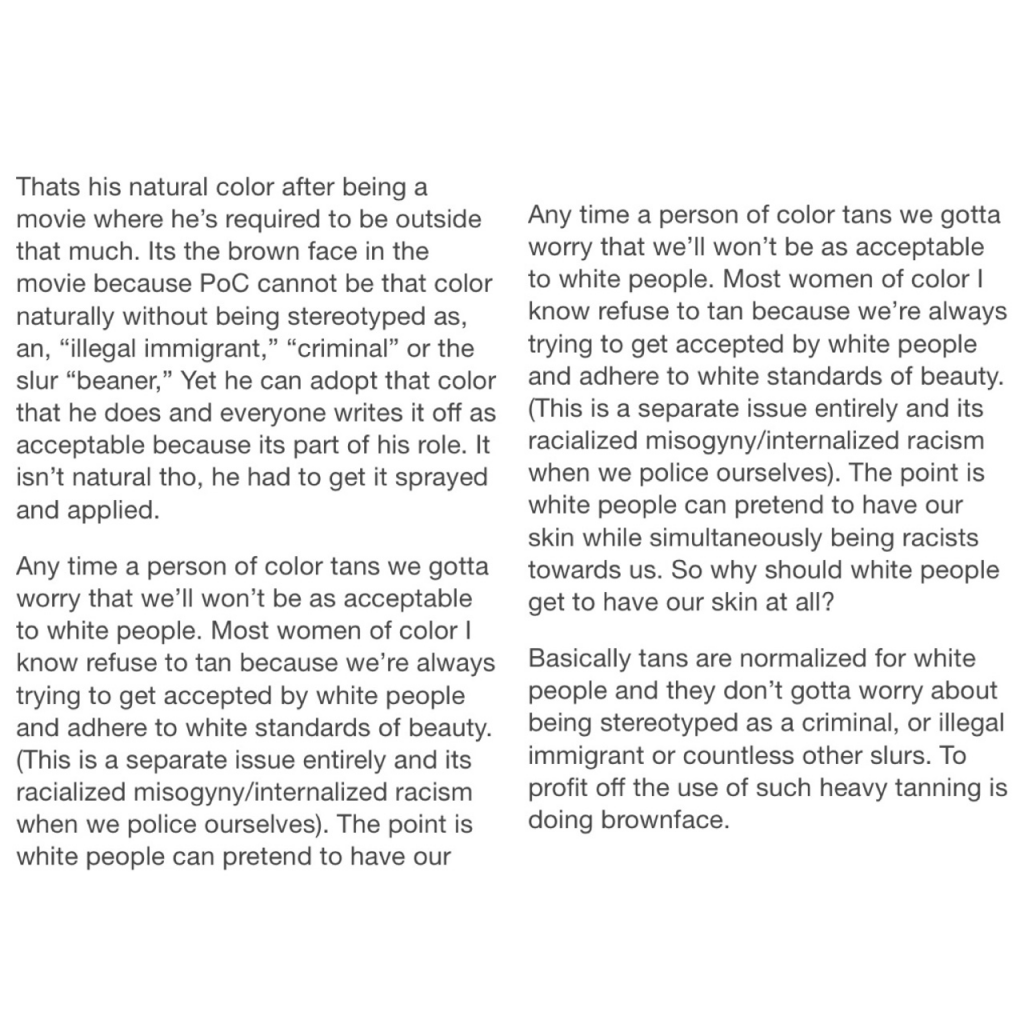 So we went from brownface to no Women of Color speaking in the movie, to tanning is a white man’s thing. I could go on about the absolute nonsense but I’ll let it speak for itself. Also, you can’t forget about misogyny and how this oppresses women. Because that’s at the heart of everything of course.  Those poor Women of Color with no source or origin unable to tan so they can impress the white people. All this evil and bigotry because an actor filmed in a tropical location for a few months. Big talk from a source that ironically isn’t really chatty about the ‘I identify as Black’ Rachel Dolezal.  I’ll take what is “bullshit I pulled out of my ass” for $1,000, Alex.