Your beloved editor fell asleep while writing earlier, but a short news story has hit the wire. So it’ll have to take precedence for now. It’s really just another example of how much we’re dominating our opponents. As it turns out, the noted SJW shitrag Kotaku has been snubbed from Ubisoft’s E3 press conference. I guess shitting on gamers wasn’t the best course of action after all.

Here the news straight from one of the hacks that works there:

They also had a nonsensical review on Watch Dogs, so maybe that has something to do with it. There’s so many reasons for them to be excluded, that it’s hard to pinpoint one: 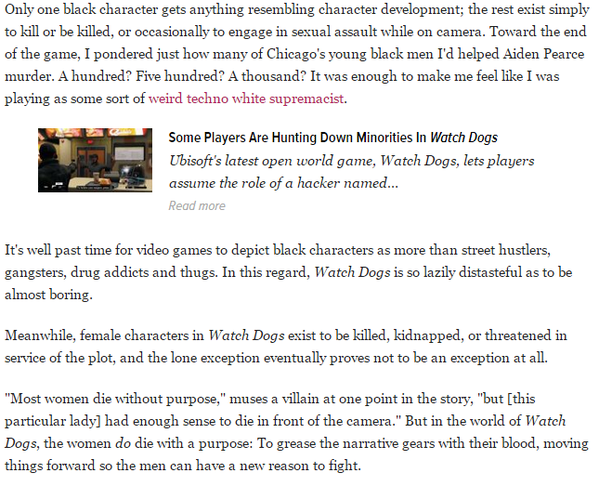 So, we have another victory to tout. What does the other side have to tout lately? I seriously can’t think of anything. We’ve been on an amazing roll lately, and it shows no signs of abating. Which SJW outlet is gonna get snubbed next? The big publishers are starting to figure out that there’s no downside to excluding radicals from your events. I think we’re gonna see more of this in the future. So get ready for the lulz.