L & O: SVU “Gamer Madness” Edition More Bizarre Than Anyone Could Have Imagined

When I sat down to watch Law & Order: SVU earlier tonight, I knew I was in for a bizarre spectacle. This show has been a bad parody of itself for a number of years now, and only hung around this long because the rest of NBC has been so fucking terrible. Still, like Zoe Quinn herself said, I don’t know what I hoped for, but this wasn’t it. Although, come to think of it, given how asshurt some of these SJWs are tonight, maybe it was better than I thought. I know I did get a lot of laughs out of it, even though it definitely was offensive as fuck.

First off, we’ve never been accused of sexually assaulting some woman at a convention, which is how the show started off. But that was just the beginning, cause shit got a lot wackier later on. An armed group with a leader named Acid Rain took the Anita-like developer hostage, a gang rape was alluded to, and they hacked one of the jumbotrons at Times Square at one point. The dialogue was cringe-inducingly bad on about 1,000 different occasions. This thing was so over the top, that you would think it was written as a parody. Perhaps it was, given some of the reaction on the other side. I know we mostly had fun with it. The only problem is, some idiots might actually believe this garbage about our beloved pastime.

Here’s a few tweets from my viewing session, along with several from the GamerGate community on Twitter:

"Developers are like God. Some guys are ready to give women that power."

KOTAKU MENTION LOLOLOL did you consult on this @stephentotilo? #GamerGate

They somehow found someone who looks like a bigger pussy that Jonathan McIntosh. #GamerGate #SVU

"SO WHAT'S THE NEXT LEVEL?"#GamerGate

Lol, now the SJWs are trying to back off this garbage fire…#GamerGate pic.twitter.com/jy4oCVFdIY

They never happened at all, you smug piece of shit. Just more media representation.#GamerGate pic.twitter.com/WgxK4f9kp9

Ice_T just said this was the final level.

I don't think the writers have ever reached the final level, though.#GamerGate #SVU

@TheRalphRetort NBC just took a giant dump on gaming culture & women in gaming. But we are the assholes right?

That shit was even crazier than I expected. Law & Order really broke the Bullshit Meter on that one. #GamerGate #SVU 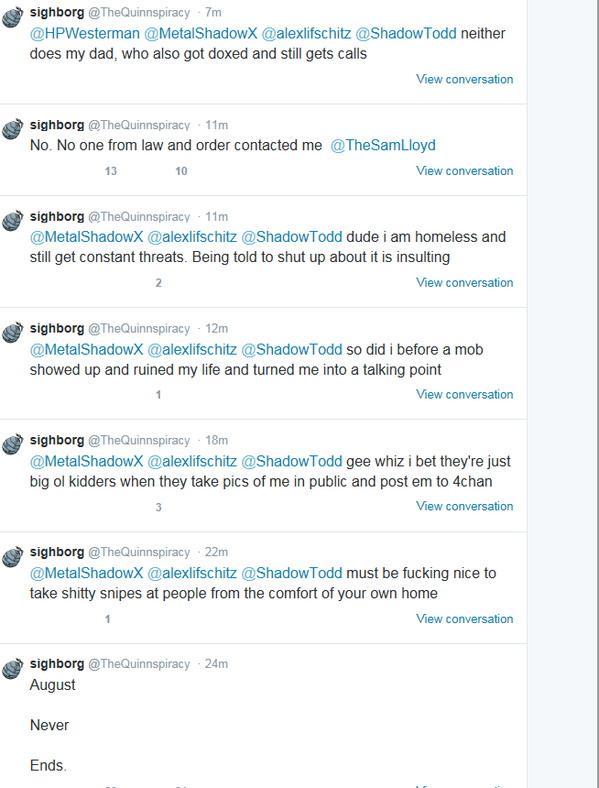 Basically, the whole thing was a laugh fest. If you still don’t believe me, here are some especially hilarious clips from the episode:

As I said, the other side was mighty pissed. Zoe was whining because the developer (SPOILER) ends up quitting at the end. All that bullshit, and this is what pisses her off? I should have know a deceitful tramp like her would take that away from this farce. I’m tempted to think the writing staff was just trolling everyone. That’s how fucking nuts this thing was. If you want the full episode, you can watch it here, or download it here. I also have a photo gallery below, because, why not? Lol. Don’t stress this shit at all. This is a great thing, and it’s gonna snap a lot of non-GamerGate gamers out of their slumber.