Leigh Alexander is Wrong, As Usual. Free Speech Is Important to Everyone.

I was getting ready for the Killstream last night, while simultaneously trying to convince a friend of mine to go on camera (she did!). I know that’s a bit hypocritical, since I never do, but I’ll likely change that within the next couple of weeks after I buy a webcam for my desktop computer. It’s too hard to run the stream from my slow laptop, so that’s pretty much my only option. We’ll see how that works out, and if it ends up costing me any viewers due to my face for radio. Hopefully Nora’s striking appearance will help make up for that a little bit. Speaking of balance, or lack thereof, let’s talk about Leigh Alexander’s drunken rantings from yesterday morning. I realize I’m late in getting to them, but hey, it’s our old friend Leigh. We all make exceptions for our firsts.

Let’s lay out her insane rantings, then make fun of her some more in the second half of the post. I think most of you get the drill by now. If you don’t, then I’m sorry for spoiling the show… 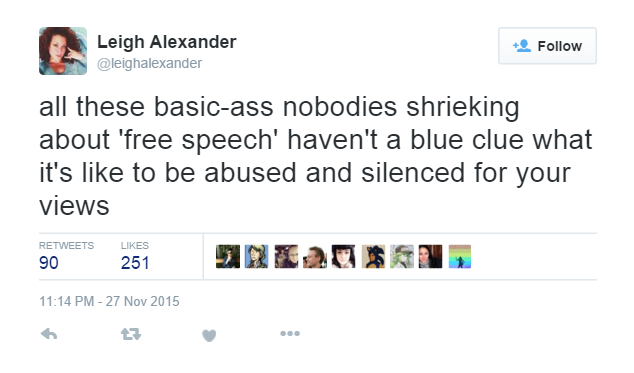 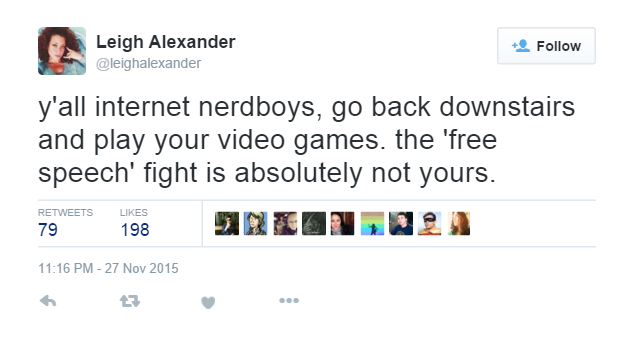 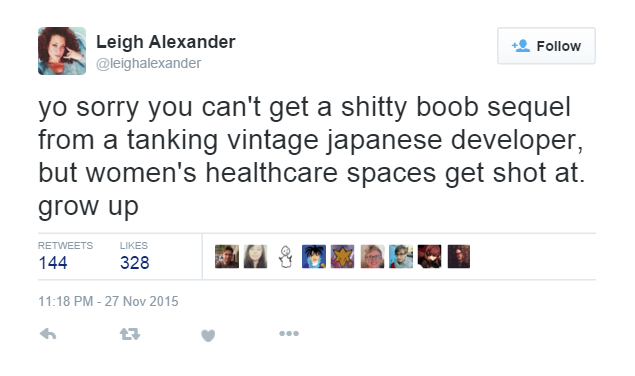 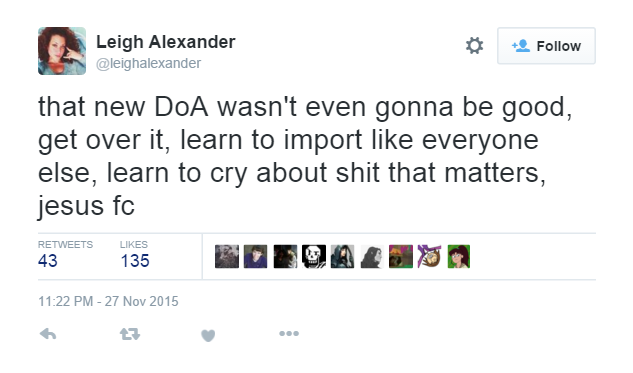 First off, it’s good to see that Ms. Alexander has lost none of her insanely over-inflated ego. She’s just as self-important and obnoxious as she always was. I also like how she acts as if the defense of artistic freedom is somehow frivolous and unimportant to the overall fight for free speech. Actually, it’s one of the most important fronts. Art inspires others to push boundaries, and without creators feeling like they have unlimited freedom to create, you don’t have true free speech, when you really think about it.

Keep in mind, it’s not just about the stuff that get shouted down in public by radical feminists after it’s been published. The real crime is the shit you never see at all due to self-censorship. How many great works have already been killed by the politically correct thought police? Of course useful idiots like Ms. Alexander are the types who lead the charge on this. They have no real abilities themselves, and since they’re wedded to an anti-freedom ideology like radical feminism, hardcore fascism comes easy to them.

Free speech belongs to everyone, not just a select few people who think they're more important than everyone else.

They bitch about things like the Planned Parenthood shooting, which is tragic, I agree. But they use it as a bludgeon and say you shouldn’t talk about creative freedom in gaming. No, you can talk about more than one thing, Liquored Up Leigh. Maybe if you weren’t stumbling around so drunk all the time, with your mind on the multitude of failures you’ve experienced over the past year, then you would realize that you sound like an ass. Although, I’m not sure sobriety could save you at this point. You’re so far down the SJW rabbit hole, that it’s most likely too late for you to emerge with a decent amount of sanity and reason. So, just keep blathering on your site, which no one reads. At least it provides us all with a good laugh from time to time.

LOL. Fuck u. This makes me feel a lil bit better abt lockouts, tho. At least SJWs are catchin it too. #GamerGate pic.twitter.com/AkitictUmy 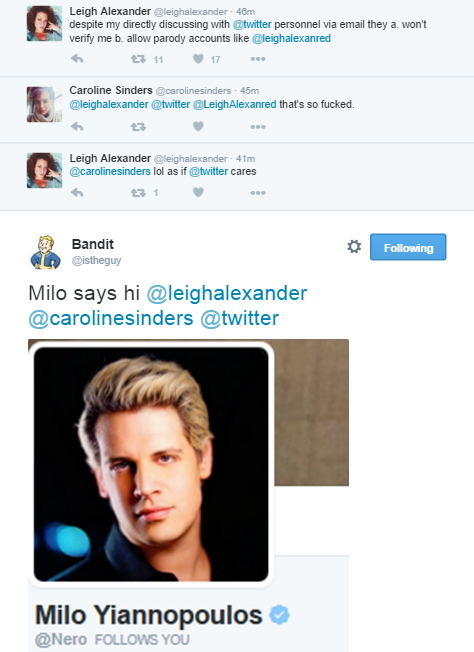