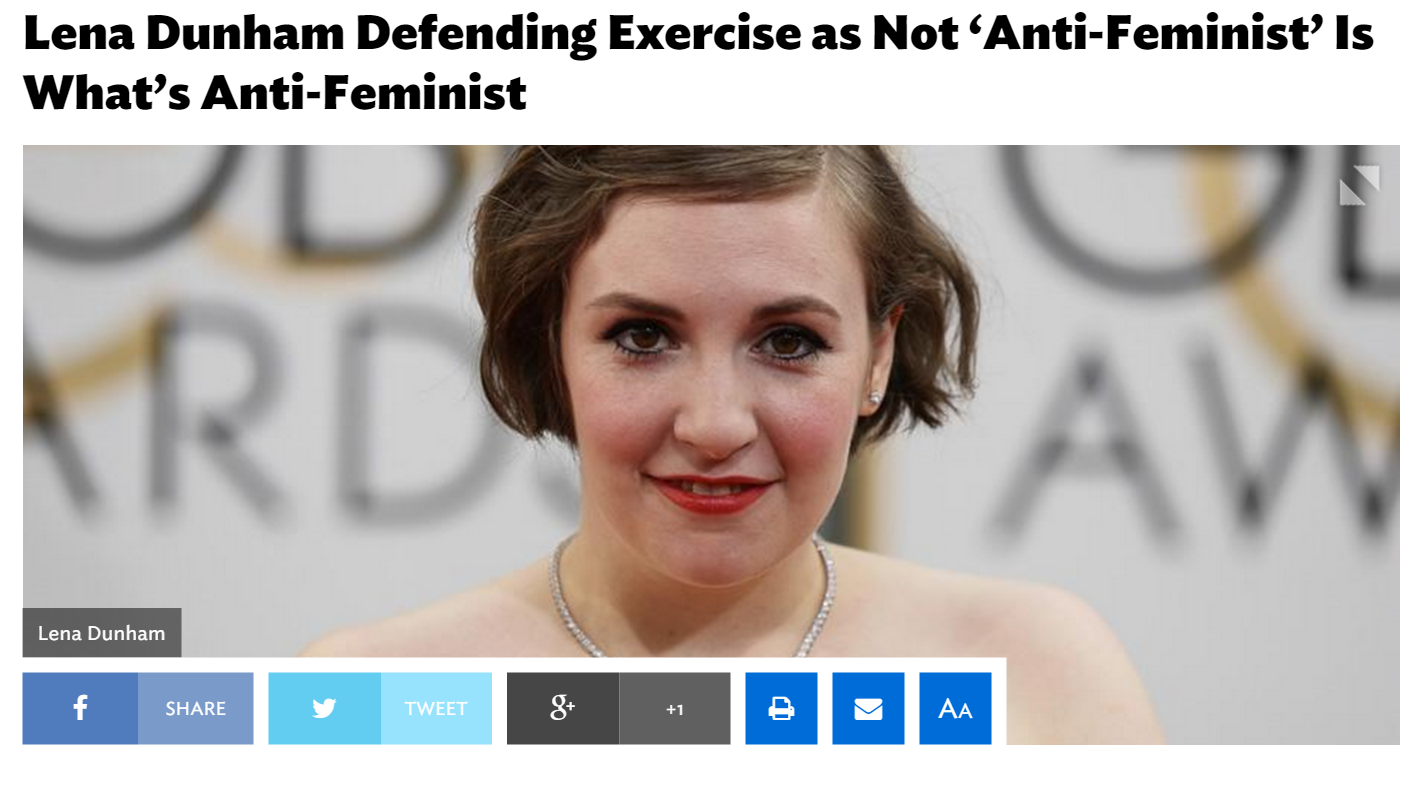 Um. Anyone who isn’t totally brain dead already understands that. It’s not like the jury’s still out on the “Is exercise good for you?” debate, and part of feminism is supporting other women and wanting what’s best for them. Any woman who would be angry at another for deciding that she’d like to maybe not have a stroke or cancer or cardiovascular disease would not be coming from a feminist point of view, but really just a mean one.