Earlier this AM, we witnessed yet another stunning attack against a prominent pro-GamerGate supporter. She goes by the name of Partisangirl (real name Maram Susli). Not only is she a supporter of GamerGate, she is a also a controversial Syrian rights activist. Of course, nowadays, anyone who doesn’t parrot the “conventional wisdom,” and support the military industrial complex, is ostracized. I won’t go too far down that road, but I will say this: No matter what someone believes, they should not be treated the way Ms. Susli was treated. Plus, look at GamerGate. We know what it’s like to be twisted and misrepresented by the mainstream media.

Let’s get down to the particulars of the harassment. Robert Caruso is a contributor at the Boston Globe (hopefully that will be former by the end of the week). He’s hated on the Syrian people for a long while now, but his anger boiled over just a short time ago. 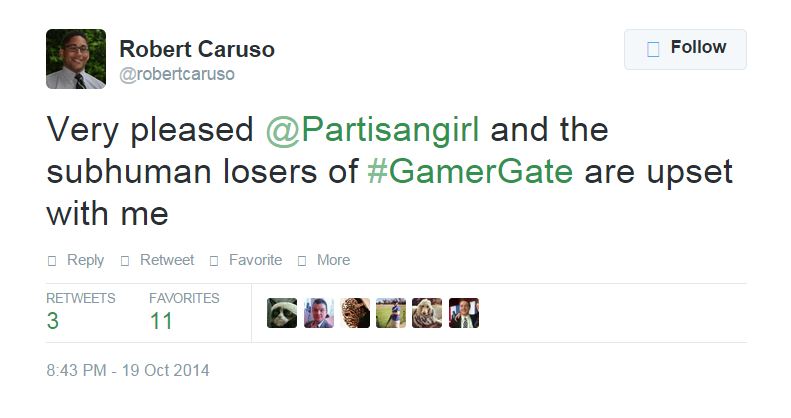 If he still has a job by the end of tomorrow, I’ll be shocked. You simply don’t say something like that. Ever. You especially don’t say it if you represent the Boston Globe. Also, the man has no testicular fortitude. Rather than own up to abhorrent statements, he tried to weasel out of it, and say we doctored it: 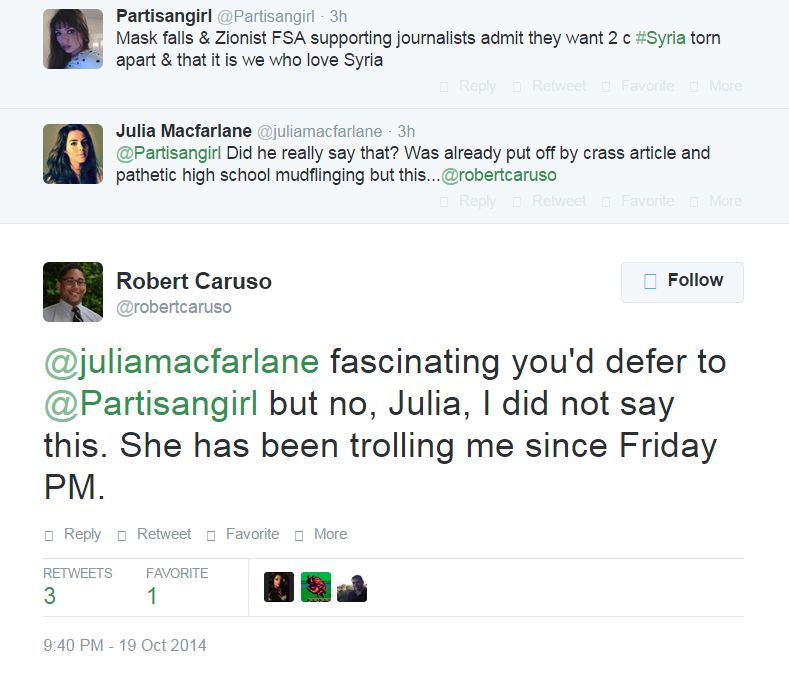 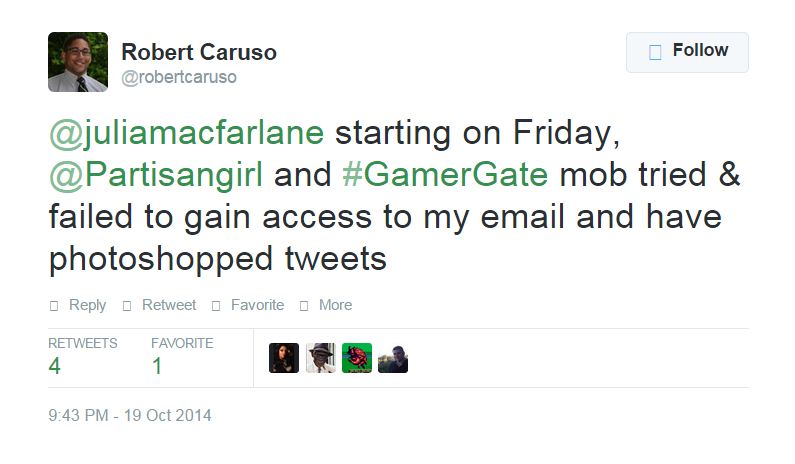 All these tweets are 100% legit, and were tweeted by Robert Caruso of the Boston Globe. GamerGate members archived all the of them, and the link to that archive list is below. I think the editors of The Globe are going to need this for when they fire his ass.

LINK HERE
He shits on GamerGate. But, to be honest, it’s the Syria tweets that need to get Caruso fired. What could ever motivate someone to say that to another human being? Syrians are being killing and maimed daily, and scrubs like Robert Caruso are using it to try to score points on Twitter. It’s disturbing to say the least, and The Boston Globe needs to do something about it.

PS: Anti-Middle Eastern sentiment is nothing new for Mr. Caruso, like I mentioned earlier. Does this man actually hate Arabs? Does he have another ax to grind I’m unaware off? Because he sounds almost crazed with hatred for Syria and the people who live there. 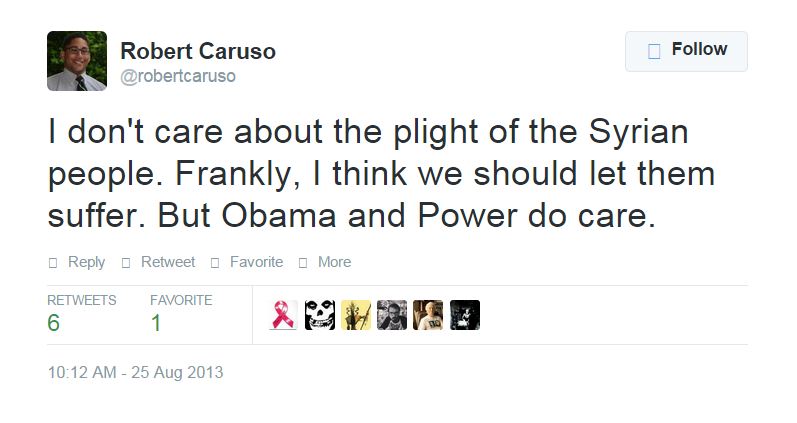 UPDATE: We should also let his employers at The Hill and Huffington Post Latino Voices know about this.