Letters From a Fraud: Anita Sarkeesian Lies About GamerGate…Again

I went to sleep earlier for what I thought was a few hours. As usual, I miscalculated, and that ended up being seven or eight hours. That’s good though, because I needed to be rested up for the Royal Rumble tonight. But while I was asleep, some big breaking news came down the pike. A couple hours ago, Anita Sarkeesian’s newsletter to her backers was revealed. In it, she misrepresents our cause and blames us for her incompetence. I doubt any of you are surprised by this, of course. The letter is on imgur (and was first brought to light by the inimitable RogueStar), but I’m going to post this whole thing below, cause, why not?

Here we go. Anita blathers on for ages, so bear with me: 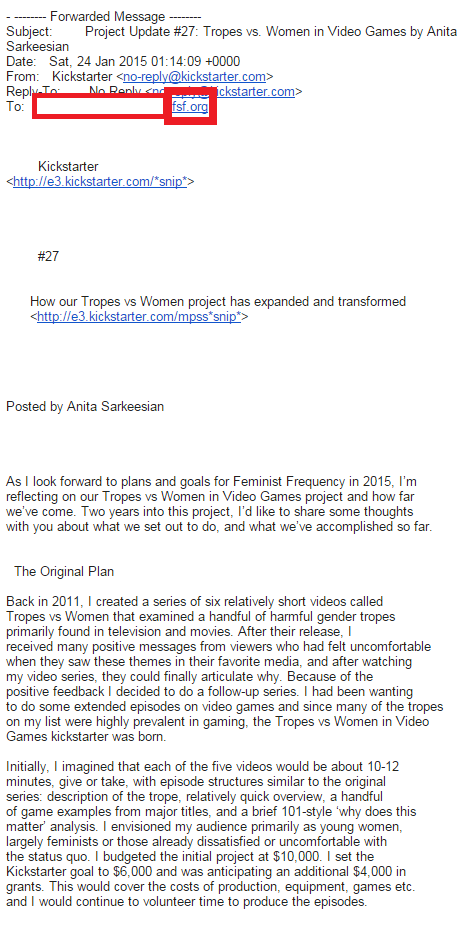 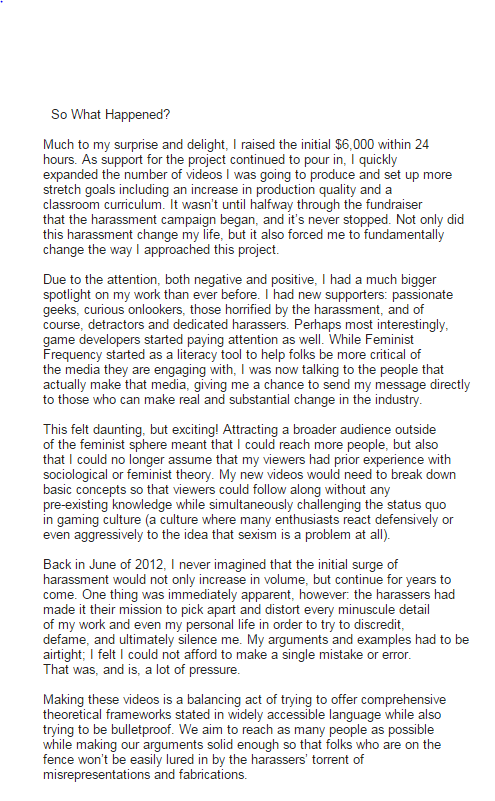 Good lord, this is like something from the old Soviet Politburo. The level of lies and fakery is astounding. It’s a YouTube criticism series, and she makes it out to be Citzen fucking Kane. The way she builds her brand on being the harassed little girl is so distasteful. I can only imagine how a real businesswoman or female pioneer must look at this. It’s sad and pathetic to define yourself by some fucking trolls on the Internet. And guess what, princess? Men face this shit every day. People in GamerGate have faced the same sorts of things…but we didn’t go and raise money off of it, or build our lives around it.

"each video is a massive undertaking."

Is Anita fucking serious? It's a motherfucking YouTube video, not The Godfather. #GamerGate

OK, back to this Victim-Bux screed…

So, she’s saying that we were responsible for harassment that took place years ago? I can tell you that I made a few comments on Kotaku about her lies, but that was the extent of my involvement. I also remember challenging Stephen Totilo about him not running any counterpoints to the radial feminist narrative that his site was starting to be more open about promoting. He would always claim that he was just looking for the right argument, and that a suitable one had never been presented. This is what they always say, and it’s complete and utter bullshit. There have been thousand’s of well-written critiques written about Anita (although this one is my favorite). They know that if we are allowed to poke holes in their shit before it gets off the ground, then they’re fucked. So that’s why they censor, ostracize, etc.

As for the rest: Earth to Anita the Fraud…we all have critics, you money grubbing weasel. People come at me all the time with everything imaginable. My Amazon account was hacked. I had my dox spread around, and it wasn’t just my name and address. But I didn’t go fire up the Patreon to hire a fucking Twitter assistant (laughable). I didn’t come here and whine about it (lame). And I damn sure didn’t base my fucking life around it (amazingly petty). I just kept doing what I always did, and blocked the negatives out. Why can’t you do the same thing?

Anita, we all have critics. I'm sorry that you thought everyone was gonna clap & give you a hug when you put out your propaganda. #GamerGate

Let me go ahead and finish this shit up and turn it over to the #BasedCommentSection. I can feel my blood pressure rising, and I also need to get snacks for the Royal Rumble. And by snacks, I mean booze and pizza. 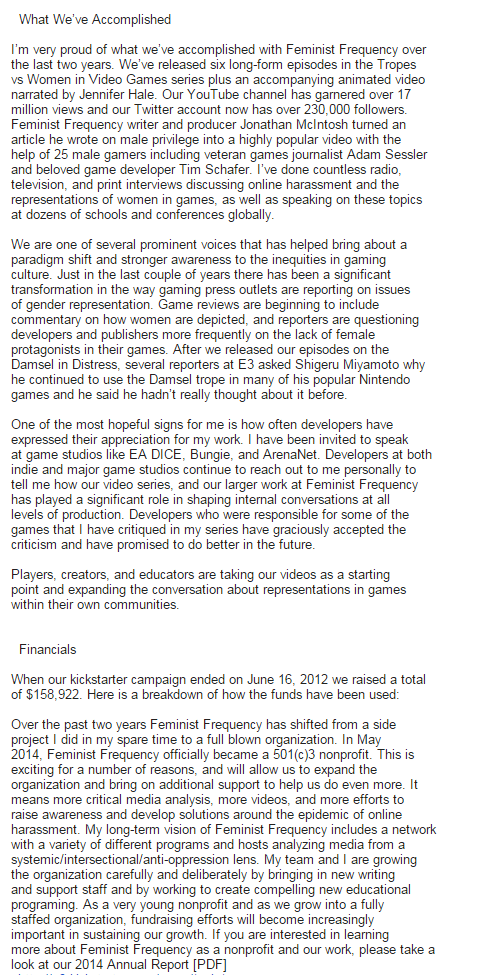 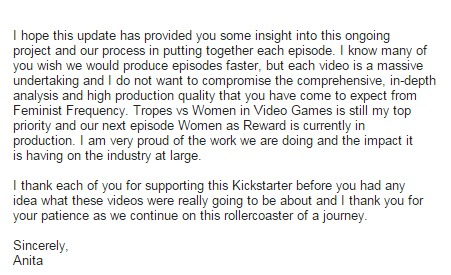 "each video is a massive undertaking."

Is Anita fucking serious? It's a motherfucking YouTube video, not The Godfather. #GamerGate

I will say one thing, this update did provide us with an “insight into this ongoing project.” So your hope was fulfilled, scammer. Read the thing for yourself, and try not to get too riled up like I did. The level of dishonestly is at an all-time high. She’s feeling emboldened after the Intel deal. That’s good, though, because people like that tend to make big mistakes. We’re learning more about Anita Sarkeesian and the unsavory people she surrounds herself with every day. I feel like the best is yet to come, in that regard. So keep your eyes peeled.