Yesterday, I defended the normalization of relations with Cuba. I still feel that way, but I have no idea what I just witnessed on national television. It’s hard for Obama to come away with worse optics than this…

Oh, and someone thought it would be a good idea to let Obama take a picture in front of the Che Guevara memorial as well. That was the big critique from the critics of renewed relations earlier in the day. Perhaps the Obama Administration thought they needed to make things even worse? I’m not sure. That’s probably giving them too much credit, though. They don’t seem to have that much foresight. I don’t know who is doing the planning for photo ops on the White House side, but whoever it is needs to be fired as soon as Air Force One touches back down in Washington D.C. Anyone who is against the new policy towards Cuba got a huge gift today, and the sad part is, it was totally preventable. 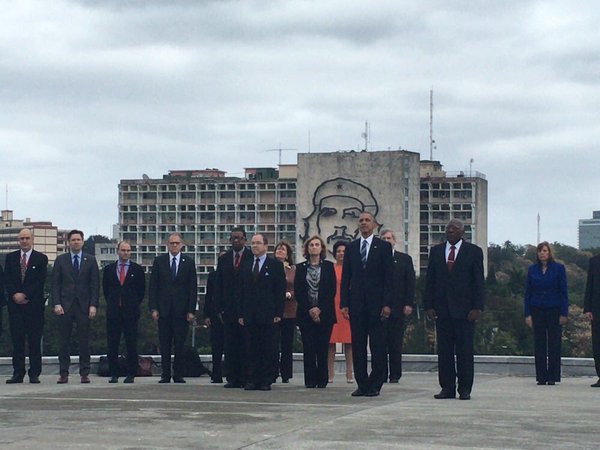 Anyway, just sit back and laugh like the Twitterverse is doing right now. It’s hard not too with stuff like this.