Man, this has been a pretty great stretch. The Wu Family has been exposed in more ways than one, TotalBiscuit’s detractors keep getting blown the fuck out, and tonight (last night actually, I fell asleep writing this lol), another victory rolled in. SJW activist and notoriously unethical Wikipedia editor Ryulong was finally banned from the site. This is the same guy who put up a thread on GamerGhazi begging for money…and still tried to present himself as neutral. He still would have likely gotten away with all this, but he constantly kept pushing things to far. Most of his own allies had deserted him by the end, which is only fitting for a piece of human refuse such as him.

JUST HAPPENED NOT LONG AGO

As you might imagine, a crybaby wimp like Ryulong did not take the news in stride. Instead of acting like a man, and accepting his punishment with honor, he cried little bitch tears all day yesterday. I’m glad he did, though, because that made his ban even more sweet: 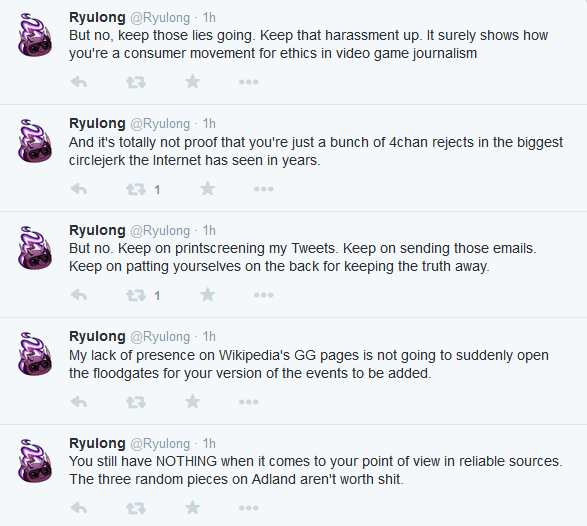 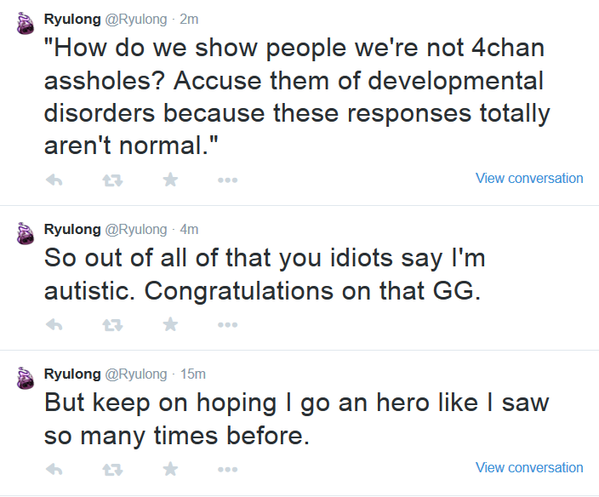 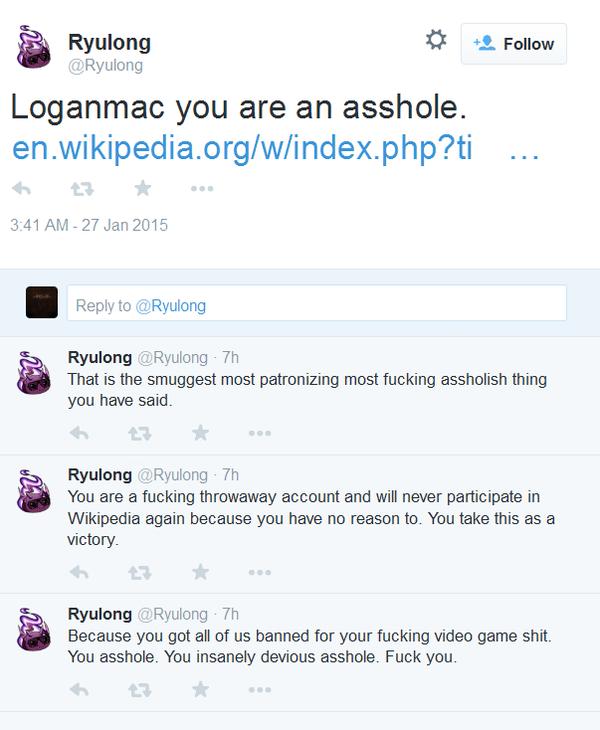 I’m pretty sure there’s even more out there, so if I missed anything, please put it down in the #BasedCommentSection. Basically, he had a meltdown all day yesterday, that ended with him protecting his tweets so only his 127 followers could see them. This is the mark of a truly defeated man. Naturally, GamerGate wished the crook well:

BREAKING NEWS: @Ryulong is locking down his Twitter account in his pursuit for opening the world's biggest salt factory #GamerGate

So long, @Ryulong. May you seek therapy & find a healthier use of your time. #JeSuisRyulong #GamerGate pic.twitter.com/jyWoI1oK6u

Ryulong, it's so lonely at the top, isn't it? #GamerGate pic.twitter.com/ufMt3591OS

So farewell, Ryulong! The only reason I haven’t written about your punk ass until now, is because I was waiting for the ban to become official. Thanks for taking out the trash, Wikipedia! You’re still kinda shit yourselves, but at least you dumped this piece of shit. I guess you’ll have to find something constructive to do with you life now, Ryulong. Actually, I doubt that. I’m sure you’ll keep being a nonentity who contributes nothing of value to society.

Be sure to wish Ryulong well down in the comments. This post is a little late, cause I fell asleep last night. I guess Ryulong’s bitchassness rubbed off on me somehow.

UPDATE: Ryulong has been lobbying all day to get his site-ban lifted, but his efforts seem to have failed. There was even a rumor that the nut had threatened suicide over all this (going full psychopath in the process, if true). Either way, it looks like he’s still on the way out.

UPDATE 2: Ryulong’s site-wide ban has been finalized. He can apply for reinstatement in one year: