You know, I still learn about new nutbags every single day here at TheRalphRetort.com. I guess the sheer variety of insane people keeps the juices flowing, so to speak. We’ve had shit-eaters, pedos (lots of ’em), sluts, gargantuan bullies, “findoms,” rape concealers…the list goes on and on. I might do a column on that one day, now that I think of it. But, it’s not going to be right now. Tonight, I came to talk about a specific case involving a friend of mine who has gotten trolled by SJWs on Amazon. The thing is, it’s hard to call it trolling, since they’re attacking his livelihood for no reason other than ideological disagreement. These scumbags aren’t even reading the works in question. Also, this nutter in particular, who goes by the handle of “ginmar,” seems to think that being a fan of Master Milo Yiannopoulos makes you some kind of criminal.

Here’s the screen in question…

A “known terrorist enabler,” huh? That’s one of the craziest things I’ve heard in awhile, but as we know, the rad fems love to throw around the word terrorist and make it meaningless. Sort of how they do the word abuse…or rape…or any one of a number of others. These people pervert the language because they know that it’s one of the most powerful things that a political actor can do. If you change the rules of the game and muddle the peoples understanding, you can get away with a lot more. Their ideas are unpalatable by nature, and when that’s the case, you have to cut corners.

If this was just a one-off comment from some sick fuck, I probably wouldn’t be writing an article about it. But as it turns out, this ginmar character has a long and illustrious history as an SJW shitbird stretching back over a decade. I’d vaguely heard of them, but I didn’t remember how. Before I remind you of that episode, let’s look at some of their older antics…

4. Ginmar says: “Certain Goodreads members are not harassing authors. Some authors have been having temper tantrums over bad reviews and now they’re stalking reviewers. Get your facts straight, because all you’re doing now is making excuses for these people.“You’re defending these people. You’re entitled to your own opinion—-but not to have it treated as a fact. And what you present is not the facts.” (July 22, 2012 at 7:43 PM)  Source:http://www.goodreads.com/user/show/6804123-ginmar

5. “Well, this is definitely a first. We have a typical response from Ginmar and it’s about the standard response one could expect from an obsessive, dysfunctional, female supremacist, a feminist. I have had the displeasure of trying to point Ginmar in the right direction over the past decade or so, all without the appropriate affect, unfortunately..

“Ginmar is one of those human beings who refuses to look at any issue and compare the pros and cons. As far as she is concerned, she has her opinion, everyone else is either a liar, some type of sycophant to some radical theory or doctrine or they are just way too stupid to see her point of view because of their  inability to reason coherently.

“Sound familiar Ginmar. You accuse people of doing exactly of what you do yourself.”

6. “Number four on the list explains her conditions and her medication including her suicide attempts. Those confession vindicate the article previously posted right here. Ginmar claims to have served in the forces and from the look of it it may well be the case but we only have her word for it (and she does have an ability to tell stories). I am loathed to believe anything she says or states and the reasons are that she has an intense hate of all men, generalises like all radical, male hating, feminists do and refuses to accept any other facts otherwise or maybe she just enjoys it..

With a face like this, you can understand why she chose to be a man-hating feminist:

There’s way more. She also started the fight between Randi Harper and Anne Rice. I should thank her for that one, though, because Anne kicked the shit out of Hamburger Harper. Cathy Young knows this crazy fucker as well, perhaps from her long history of trolling… 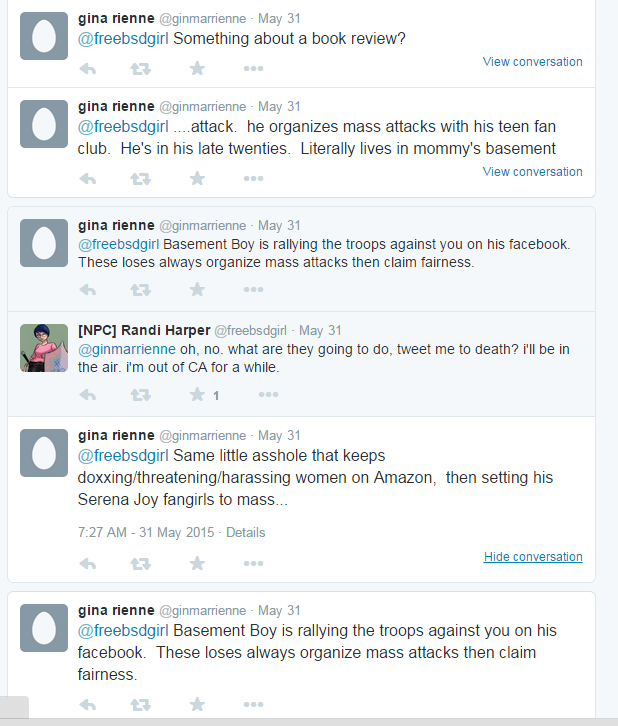 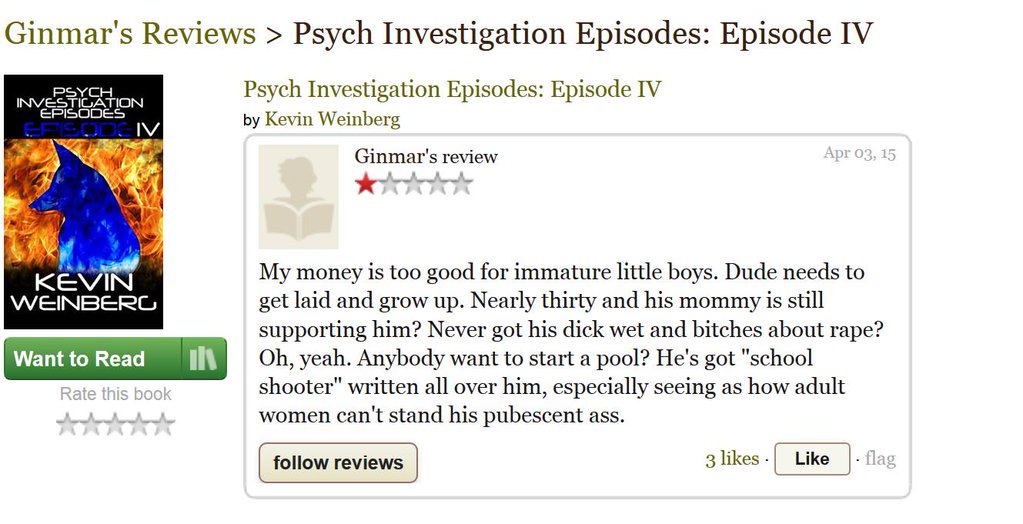 Someone even made up a fun game based on this heifer… 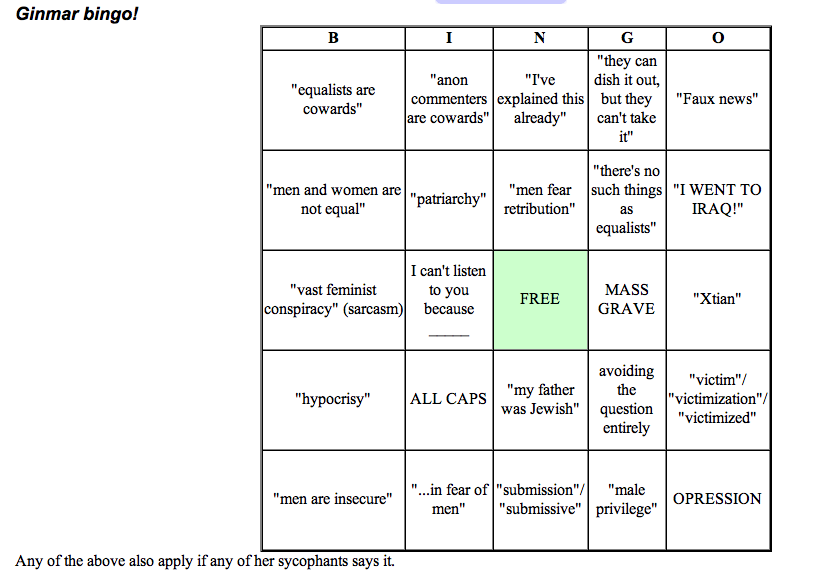 I think I’m going to continue to dig on this person, but you get the idea. Ginmar needs to have a light shined on their nasty ass, and I’m just the man to do it. In fact, if you have any more stories about this demented individual, put them down below in the comments, and I’ll update this story as needed. I only have a limited time to write on the big bully this morning, but there’s a lot more there. I have a feeling we’re just getting started.