We’ve been talking about the fail fest going over at KotakuInAction for a few weeks now, both here and on the LIVE shows. They had some heat with the one and only Master Milo a month or so ago, but that was dismissed as the work of trolls trying to stir up trouble. There’s only one problem with that accusation, though. It’s not true. The real trouble is with the people who are running KiA right now. How they can excuse the recent cuckery is beyond me. Yesterday, they deleted a thread about Milo’s recent (and excellent) article about where Blowey Zoe and Hamburger Harper get a large share of their Patreon funding from. Here’s an excerpt from the post, in case you missed it:

As Patreon user information starts to be leaked and dissected following the site’s hacking last month, an interesting fact has already emerged. Jason Kapalka, a cofounder of PopCap Games, is the top donor to two of the most prominent professional victims on the internet, Zoe Quinn and Randi Harper.

Kapalka donates $200 a month to Quinn, the leaked data published to 8chan reveals. Quinn was most recently heard testifying to a UN panel on why the internet needs to be censored. He also donates $500 a month to Randi Harper, whose sordid history and crimes against the internet were documented by Breitbart in a three-part series.

It’s baffling why a game designer who successfully captured the casual gaming market long before Zynga and mobile gaming existed would be tangled up in social justice. Unlike the video games produced by hanger-on and grievance-monger Quinn and her ilk, Kapalka’s company produced successful and well-liked games such as Zuma, Bejeweled and Plants vs. Zombies.

The link post to this was deleted on KiA for the following reason:

You see that guy underlined below the reasoning? That’s Hatman, the guy who used to run KiA. He handed over control in order to focus on his life, but let’s face it, he wasn’t the most liked guy around. Then again, neither am I. What I’m getting at though, is he was accused of having a quick trigger finger many times in the past when it came to deletions. Now even he’s calling bullshit on this whole thing. You know you done fucked up when that’s the case. Thankfully, Master Milo let them have it with both barrels…

Neither do I, Milo. Let’s be honest here: KiA has always been sort of a joke. There’s a lot of people there I like and respect, but the pussies long ago took over the place. I remember them hand-wringing about the controversial drunk stream by InternetAristocrat last fall. No one cared about that outside GamerGatePlus losers, The sad thing is, you see many of the same types of people on KiA to this day…in some cases they actually are the same people. I still see the use in the place, but the softer they get, the more that feel fades. There needs to be new leadership and there needs to be a lot less censorship. Let people post whatever they want, so long as it’s not doxing and not criminal. I know that will never happen, but it’s my answer for the place. Give me your thoughts down below. I’m about to go eat actual spaghetti rather than report on it, for a change.

UPDATE II: KiA, hypocritical as ever, has a thread up filled with ad hominem attacks against your’s truly, while I was admonished for responding in kind last night. Personally, I don’t care what vulgarities are said, as you probably know. But it’s just another example of the blatant double standards on display there… 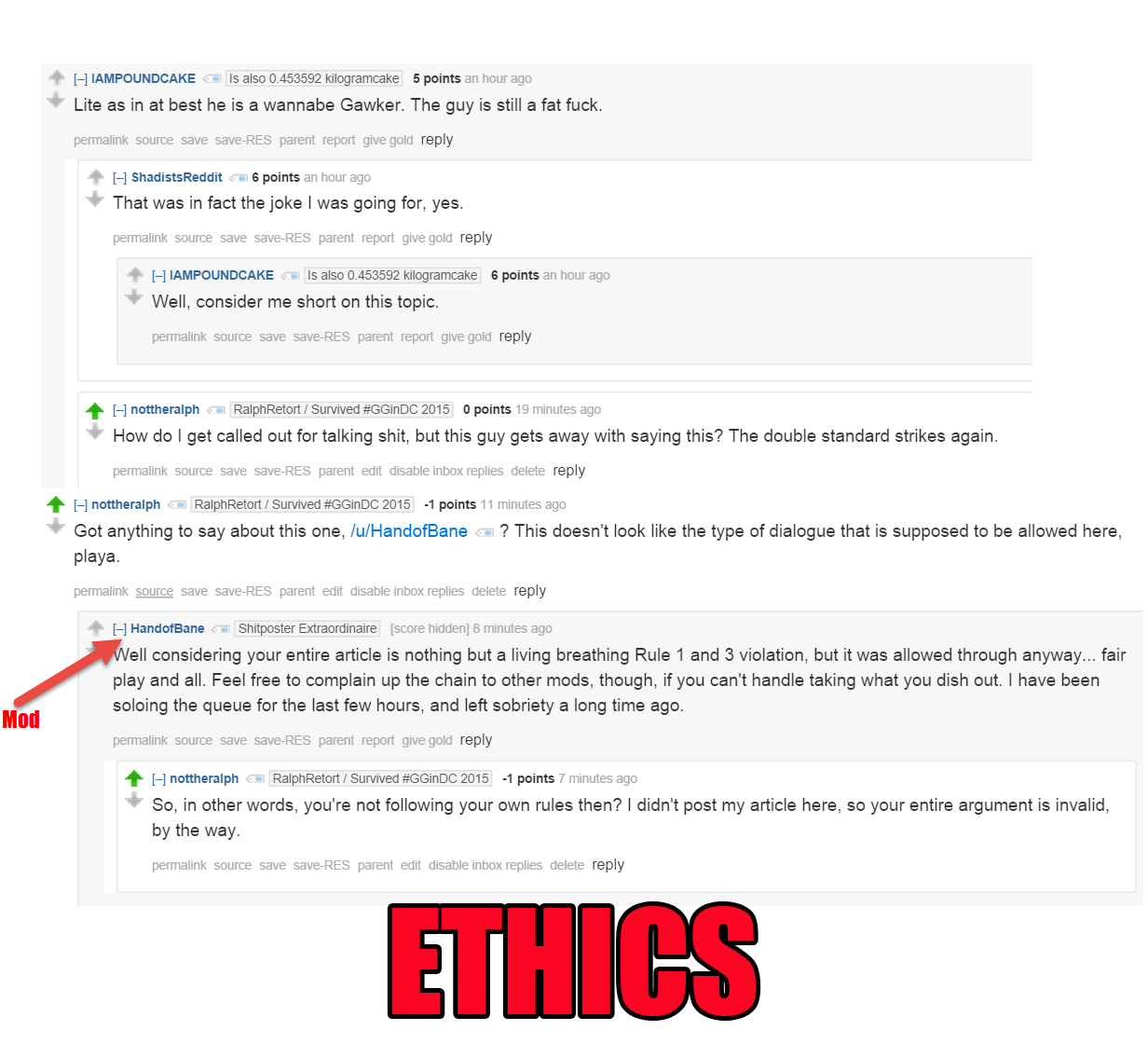