Before I post the great interview we did with Mike Cernovich, let’s do a little housekeeping. Milo Yiannopoulos has put out an advisory. Part One of his epic three-part trilogy on Randi Harper is coming out tomorrow, June 27th. Be sure to check the usual places for that. I’m sure I will have some comments and a link to it here on the site as well. But Randi was doing some talking about it already early this morning. Let’s go to the tale of the tape…

In fact, she was discussing it with one of our own supporters, although they don’t seem to think very highly of Milo. To me, you have to be pretty stupid to support GamerGate and not see all the good he’s done for us, but that’s just my opinion. 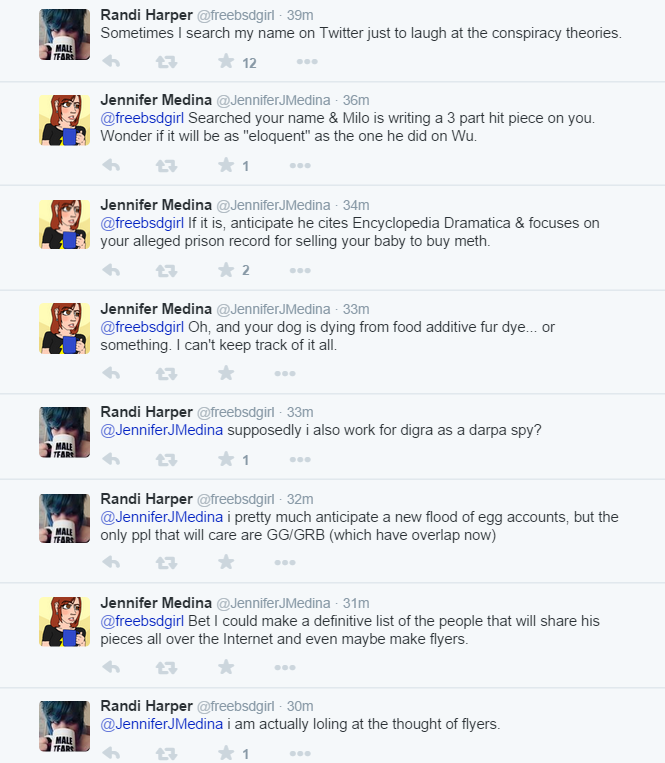 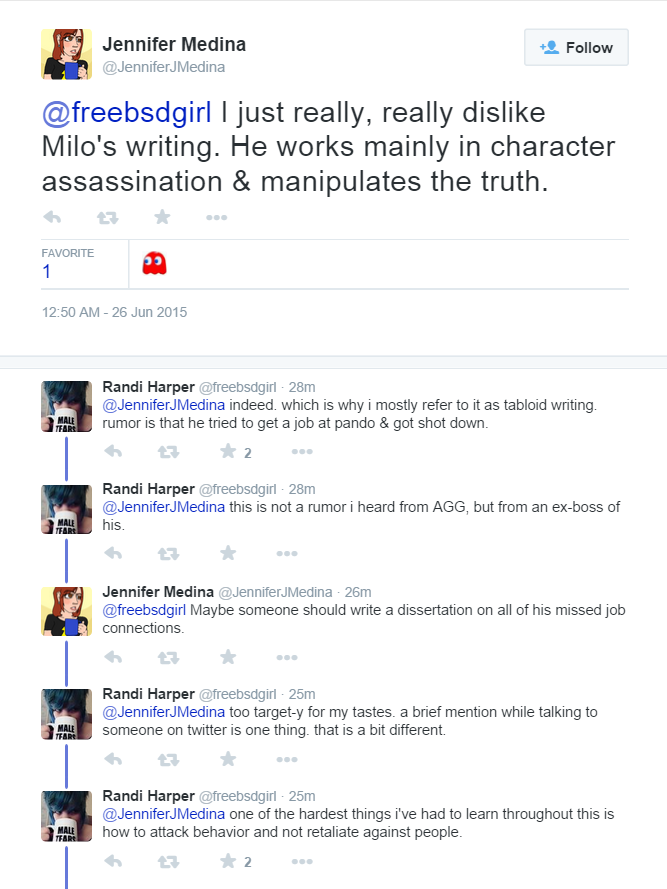 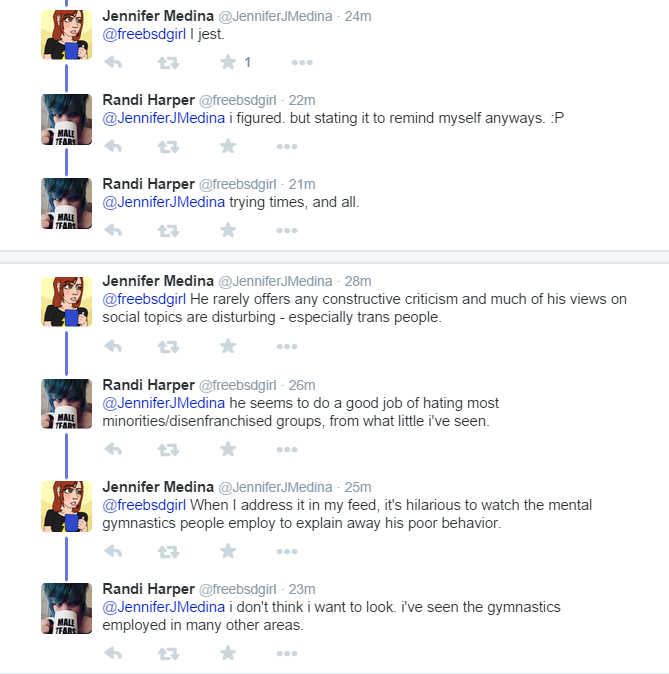 YEP! That’s Big Randi Harper. You all know how she’s world-fucking-famous for holding back on her enemies and not attacking people personally. It’s not like we have a treasure trove of evidence here on the site that she has attacked Loot Crate employees and sick people, random Twitter users, fellow FreeBSD community contributors, Mark Kern, Chris Plante, Brianna Wu, Ian Miles Cheong, Anne Rice, and more.

What a model of restraint!

Ms. Medina should know better, and Randi ought to be ashamed to tell so many bold-faced lies in one string of tweets. I can’t wait to see what Milo has in store for us tomorrow. I can almost guarantee you that Harper won’t be so cocky after the trilogy begins. Word is, a lot of her former associates are dropping dime on her. It has the potential to be very explosive. I’m sure the rest of you are ready as well. Let me know what you think about this story, and the upcoming release, down below. I’m going to go get the Mike Cernovich interview ready. It’s coming up next.