I finally dug out of the snow here in Richmond, Virginia. It’s still colder than a witch’s tit in a brass brassiere, as my father would say, but at least I no longer feel like a captive. In fact, I’m sitting at a Starbucks as I write this. I was on the lookout for glares while researching this short post about the notorious white supremacist frog, Pepe. I didn’t really see any, though. It seems like the only people who get worked up about nonsense like this are in the media. How many people are actually buying their bullshit nowadays, especially about a damn cartoon frog?

At least The Independent put quotation marks around white supremacist… 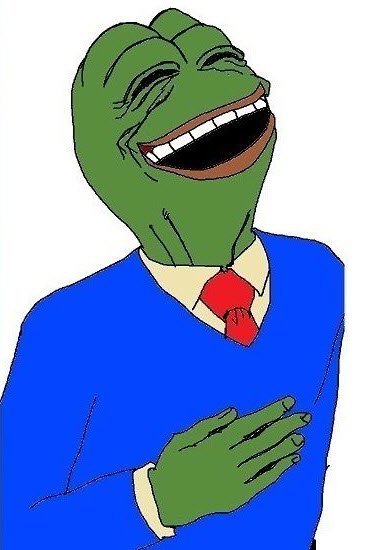 I’m sure the Russians are really concerned with what the Western crybaby media thinks about their meme usage. They’re really known to respect journalists over there in Russia. I’m sure Putin is really broken up right now.

Russia is no friend…and this has been proven because they used Pepe the Frog to troll the Brits on Twitter. I’m not even saying they are friends, but this is insane.

This is pretty much the modern equivalent of Russia raising a swastika flag over the Kremlin.

OK, that one is even crazier.

Russian Embassy in the UK using alt-right hate meme Pepe. New low, even for them. https://t.co/iv1z39V6aE

A NEW LOW!! Could these people even say this shit out loud without laughing? There’s plenty of things to have a go at Russia about, but Pepe is at the bottom of the list. Does the media not realize how ridiculous going nuts over a cartoon frog makes them look? It’s like they have no self-awareness at all. It’s why the media keeps losing and is now held in lower regard than at anytime in the history of polling.