The media has been blowing up a story about an old woman who supposedly got punched outside a recent Donald Trump rally. Many political rallies this season have been raucous affairs, so on the face of it many would just accept her account. Of course, that’s not what the media is supposed to do. But when matters concerning Trump come up, many of the members of the Fourth Estate abdicate their responsibilities. Although to be honest, they suck at most everything nowadays. They just suck at covering Trump fairly even more.

Here’s more on the old woman supposedly getting socked…

A 69-year-old said she was shocked at her experience at Monday’s Donald Trump rally that ended with a man punching her in the face.

Shirley Teter of Asheville protested against the Republican candidate during his Monday rally at the U.S. Cellular Center, where 7,000 attended and hundreds more protested.

Teter has chronic obstructive pulmonary disease and uses an oxygen tank to help her breathe. After the punch, she ended up in the hospital until 2 a.m. Tuesday, she said.

“People need to know what state of agitation he puts people in,” she said of Trump.

At the rally, Trump criticized Democratic opponent Hillary Clinton for calling some of his supporters “deplorables.”

After the rally, Teter told others leaving “You better learn to speak Russian.” She said that was referencing what she felt was a cozy relationship between the Republican and Russian President Vladimir Putin, who she said was “playing” Trump.

At that point, she said a man turned and punched her in the jaw.

The only problem with this narrative is it’s pretty much full of shit. There’s a video out that shows Ms. Teter approaching the old man she claimed punched her from behind. In fact, she’s basically chasing after him while saying God knows what, then puts her hand on the guy’s shoulder. Oh, didn’t I mention the poor dude can barely see and was being led through the crowd by his wife so he didn’t fall down and hurt himself (he still almost trips over the curb prior to this old woman’s menacing approach)…

Richard Campbell, the old man in question, was clearly setup by this agitator. Anti-Trump protesters claimed Teter didn’t even touch him, which as you can see by this video is completely untrue. Campbell says he just natually reacted as anyone would if some hostile person grabbed them from behind. He says he never threw a punch, but instead just jerked his arm away from Teter’s grip, which caused her to fall to the ground. 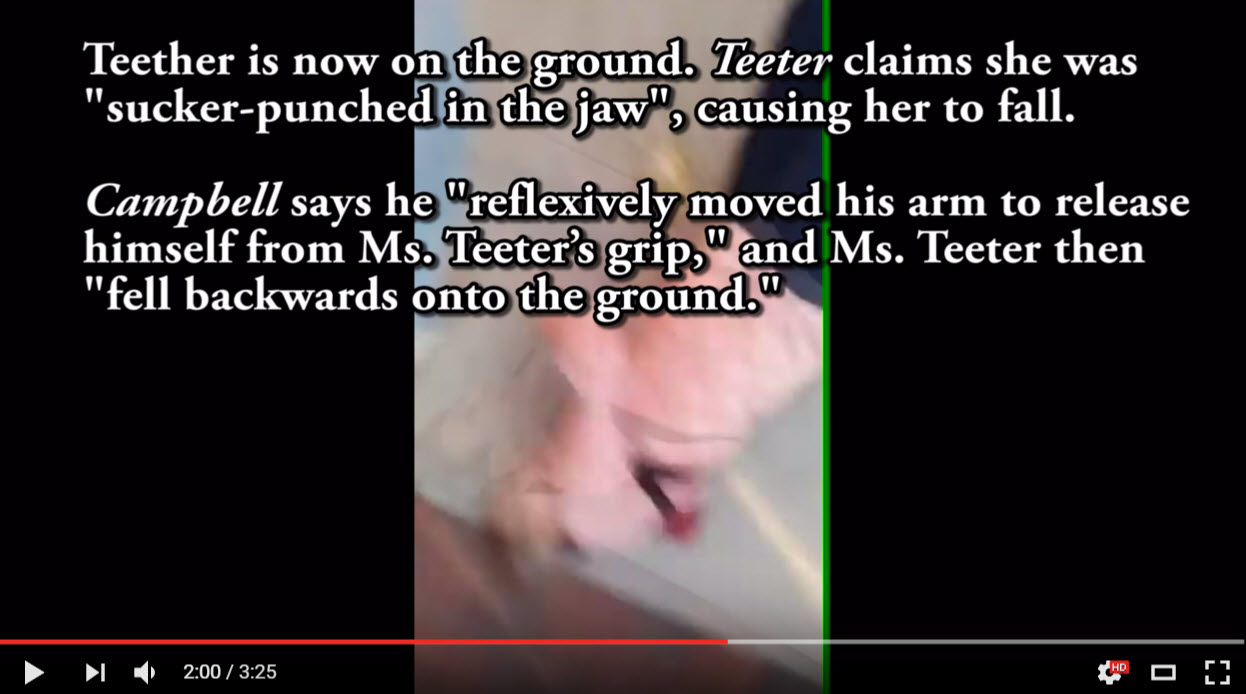 The video doesn’t capture the entire altercation, but the part it does capture appears to support Campbell’s retelling of events. Given that the media and anti-Trump witnesses have already proven to be liars in the first degree, I’d say this video exonerates him 100%.

Oh, and did I mention she went right back to protesting, despite claiming that her her injuries required a later hospital visit? 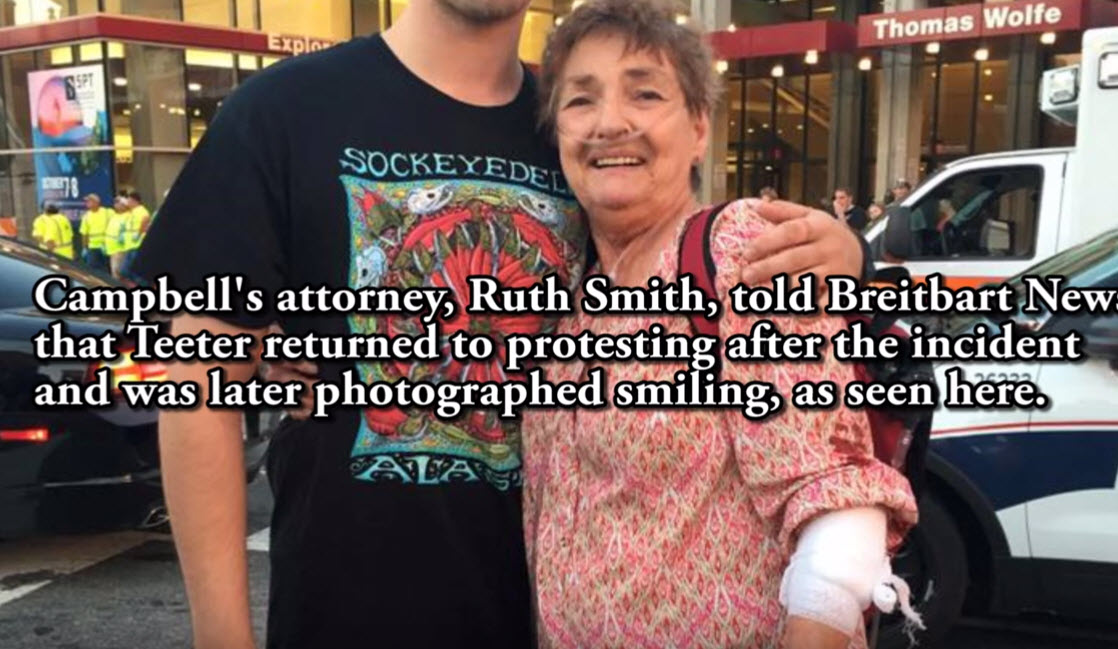 Another day, another media fabrication.