There was a story yesterday that made the rounds on social media and elsewhere. On the face of it, things looked pretty bad for Donald Trump supporters. The narrative that’s being repeated goes like this: An undecided voter and her disabled daughter went to a Trump rally and were harassed by unruly MAGA devotees. The only problem with this story is that it isn’t true. But, we’ll get to that in a minute.

First, let’s read a bit from Raw Story, which is one of the most dishonest sites I’ve ever seen on the internet. They even have old-school Gawker beat when it comes to mendacity…

A Colorado mother said that supporters of Donald Trump harassed her and her disabled 7-year-old daughter at a rally this week.

Jennifer Mau, who is an undecided voter, told KMGH that her daughter suffers from several disabilities. The two attended the Trump rally in Loveland on Monday because Mau wanted to know more about how the candidate treated people with disabilities.

But when Mau tried to leave the rally early, Trump supporters wanted to know why.

“I said, ‘Why are you here? He makes fun of people like you,’” she recalled telling one Trump fan.

Mau said that several people yelled at her and one person suggested that she would vote for Trump if she loved her daughter.

As Secret Service escorted her from the rally, Mau said that she was encouraged to see that several people followed, telling her that her daughter was beautiful.

And take a look at the video from a Colorado television station, where Ms. Mau, the mother of the disabled kid, says she doesn’t have a favorite presidential candidate:

As I said, though, the whole thing is a complete lie. Take a look at Facebook activity from Mau’s account. If this is an undecided voter, then I have a bridge in Brooklyn to sell: 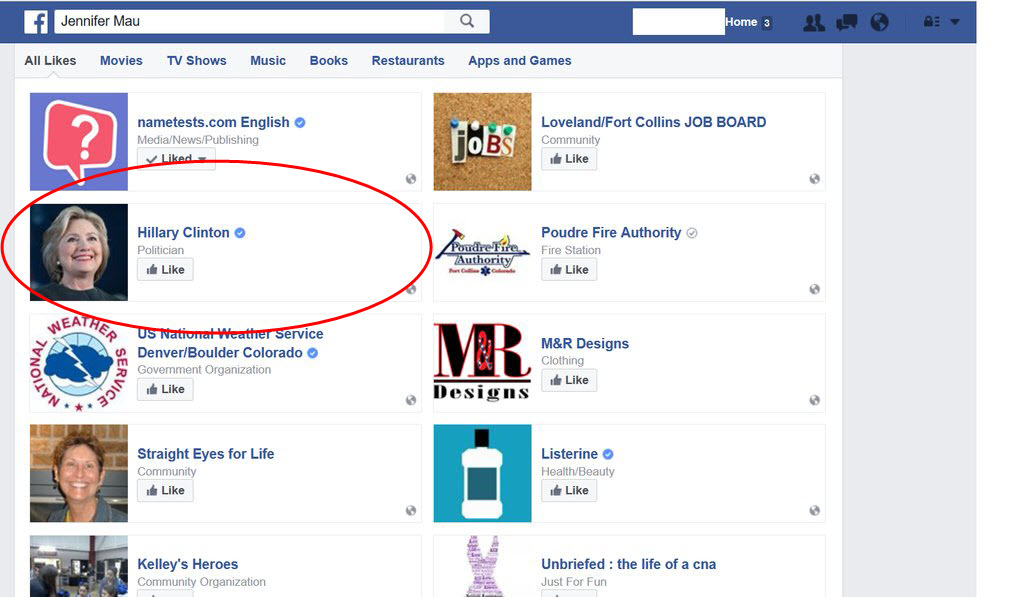 Or some from her friend, who also attended the rally with Mau and her daughter. These were agitators who came to start a fight, with their kids in tow. Even with all that, there’s mo evidence anything they claimed actually happened. No video…nothing. Just the claims of hyper-partisans who are now spreading lies about Trump supporters: 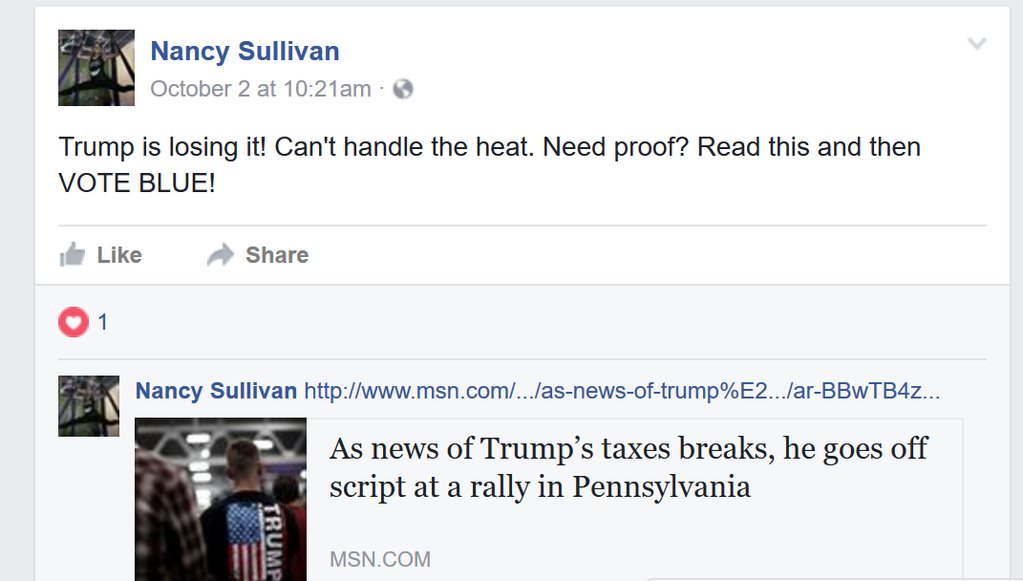 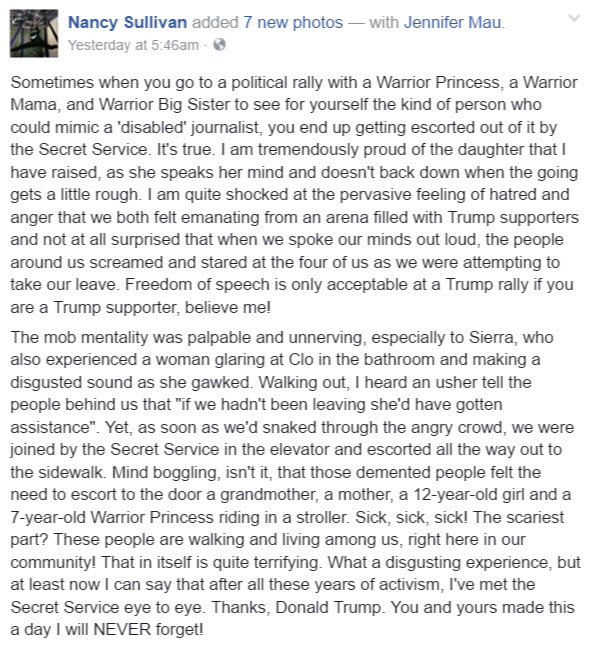 So, these events should be restricted to 21 and up, but it was perfectly fine to drag your own kids up there in order to create a hoax story for dishonest media like Raw Story (and many others) to peddle. At least these scumbags kept one thing consistent…their hypocrisy.