Evergreen State College is a really fucking crazy place. I’m gonna honest: I’d never heard of this blight on society until last week. Now, it seems like there’s a new bit of cringe coming out of there every single day. In my last post, I talked about the Bret Weinstein stuff and how a fat, white LARPer there on campus seems to be one of the main radicals pushing the idea that he’s racist. But you don’t get young nutters like that without some pernicious professors around to guide them down the path of leftist lunacy. That leads me to today’s subject, Naima Lowe.

If you’re not familiar with Ms. Lowe, don’t feel to bad. Most learned people with more than 16 brain cells to rub together have never heard of this loser. She does cut quite a striking figure, though. The intellectual heft is apparent after taking just one look at this woman of letters. 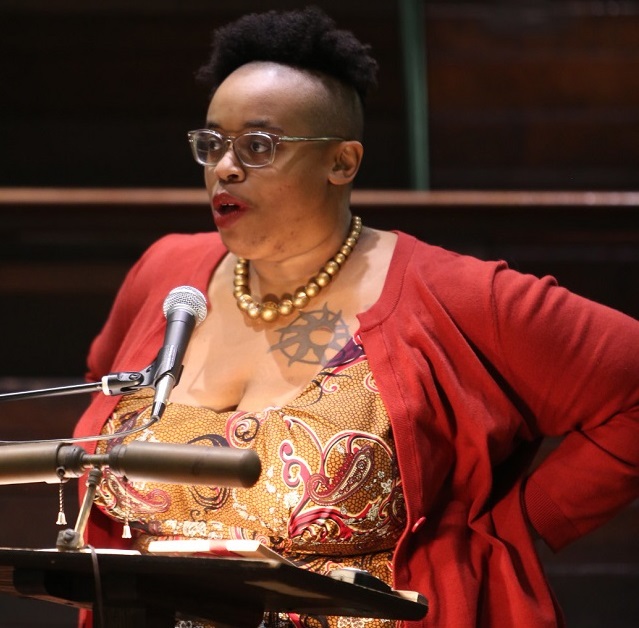 How did this astounding figure come onto my radar, you might ask? Well, someone tweeted me about it! How else do I get stories?! OK, there are at least a few other method, but that route is definitely one of the tried and true ones. Anyway, enough meta talk. Here’s what the person tweeted at me…

This video was originally shared on Twitter by Bret Weinstein’s brother, Eric. Here’s the caption…

She’s holding a little dog like an hors d’oeuvre and screaming how “this shit is literally going to kill me.” If anything kills this whale, it will be diabetes or dangerous spike in blood pressure due to this insane display.

The rest of this “scholar’s” work is about what you would expect. Here’s Thirty-Nine Questions for White People. It’s described thusly:

Forty-page, loose-leaf book, inked and type-set by hand. The emotional labor of talking to white people about racism transformed into a tangible object.

And what I was realizing as the work was continuing was that a lot of the students — who were mostly white, in this particular class — hadn’t had a lot of experience with thinking about what whiteness meant. They kind of understood what it meant to say “discrimination or etc. is bad,” and they had a grasp on that as a concept, but they didn’t understand the extent to which they needed to sort of be interrogating their own relationships to race as white people.

Such art. Much wow. 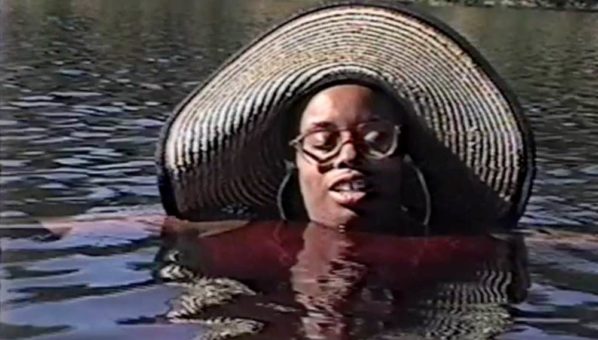 Here’s another God-level “art project.” It’s called Richard Simmons ‘Til You Die, and it seems to be some kind of rebellion against getting her fat ass healthy. I’m not sure. You’ll have to visit Vimeo to see the first one.

This participatory performance attempts to destroy a Richard Simmons VHS tape by playing it over and over again. The piece has had several incarnations, most recently as part of The Missing Body in Lethbridge, AB.

How does a clown like this even have a job? Oh yea, I forgot. It’s academia, which is even more cancerous that the progtard blogosphere. And the even sadder thing is these people are paid by the state. Tax dollars fund this regressive retardation.

Educators like Naima Lowe directly lead to rabid displays like this on campus. They need to be defunded and sent back to the panhandling scene.

There’s more work to be done digging through Ms. Lowe’s insanity, but I think you get the idea. Still, this rancid case of radicalism might deserve a part two. We’ll see.

UPDATE: Oh, and of course she’s dating (or at least was dating) a self-hating white woman. Imagine my shock.