Good morning readers. We have a big story for you all. As many of you know, Mercedes Carrera was scheduled to be a part of the Savepoint panel that’s taking place at SXSW later this morning. As it turns out, that’s not going to happen. The reason? Hugh Forrest, the director of the festival, tried to get Mercedes to censor herself in advance of the show. After months of biting her tongue, Ms. Carerra decided to go public with some of her criticisms of Randi Harper over the last couple days. Apparently that was too much for Mr. Forrest and the festival organizers, because they ended up telling Mercedes to delete the offending tweets and take down a video she had made. That has been flatly rejected and now her appearance at the panel is off.

Here are the emails he sent to Mercedes earlier this morning… 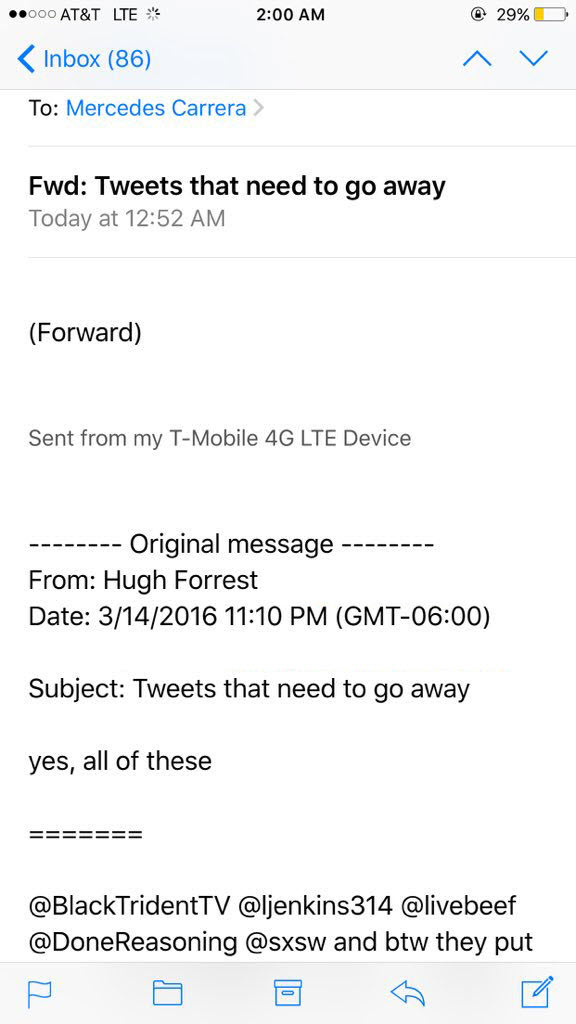 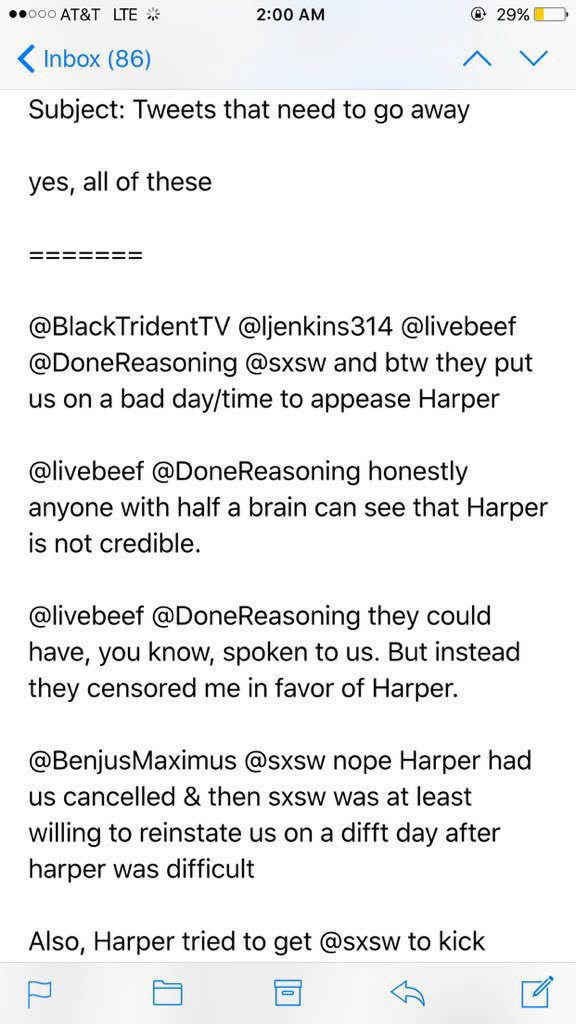 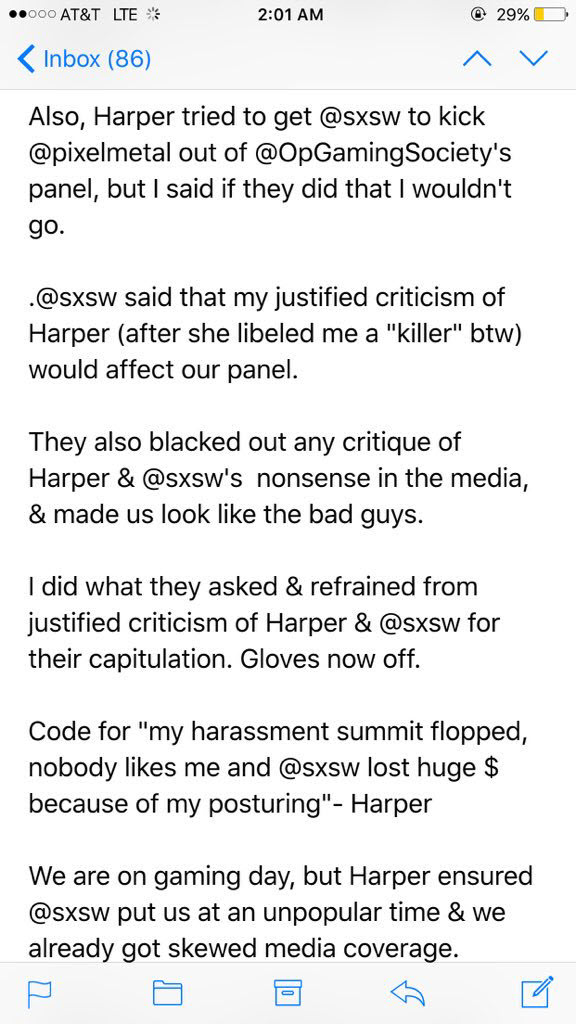 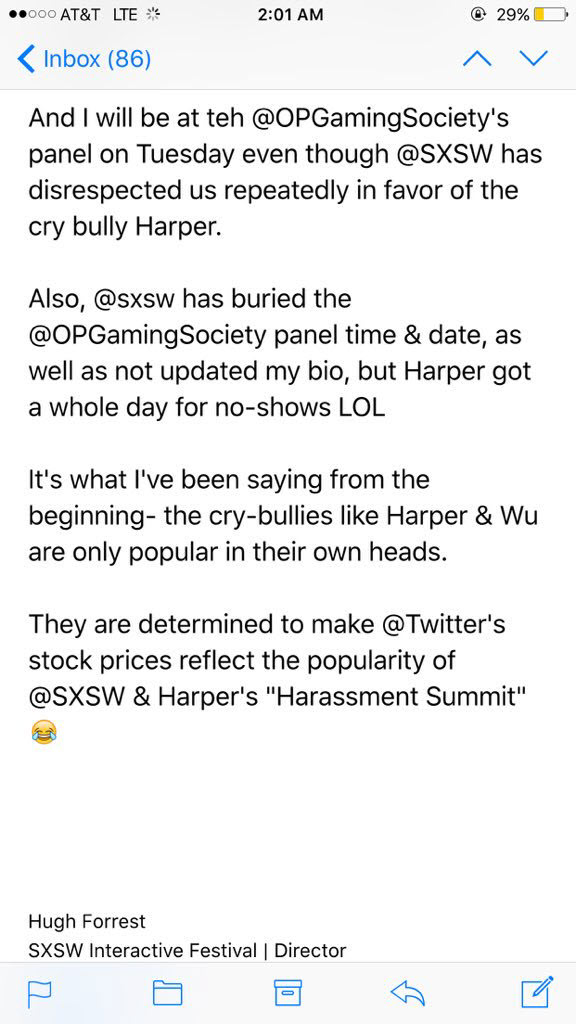 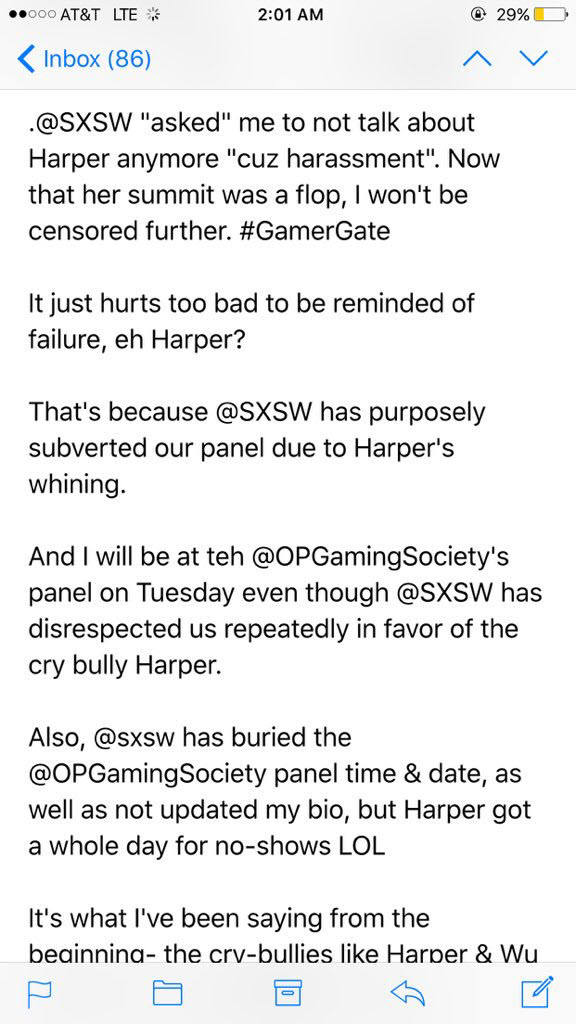 And here is Ms. Carrera’s response… 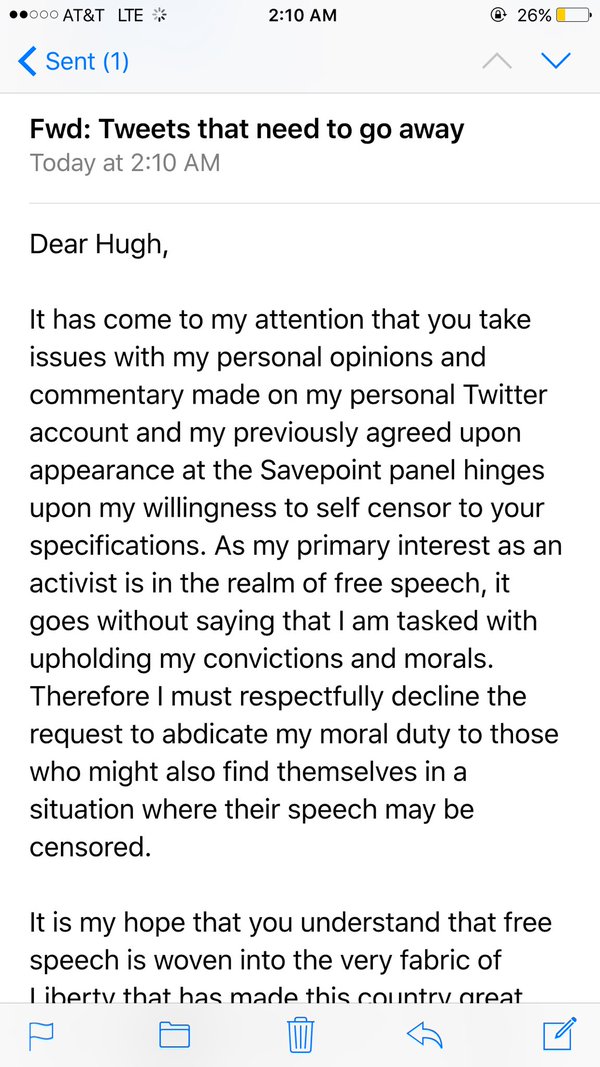 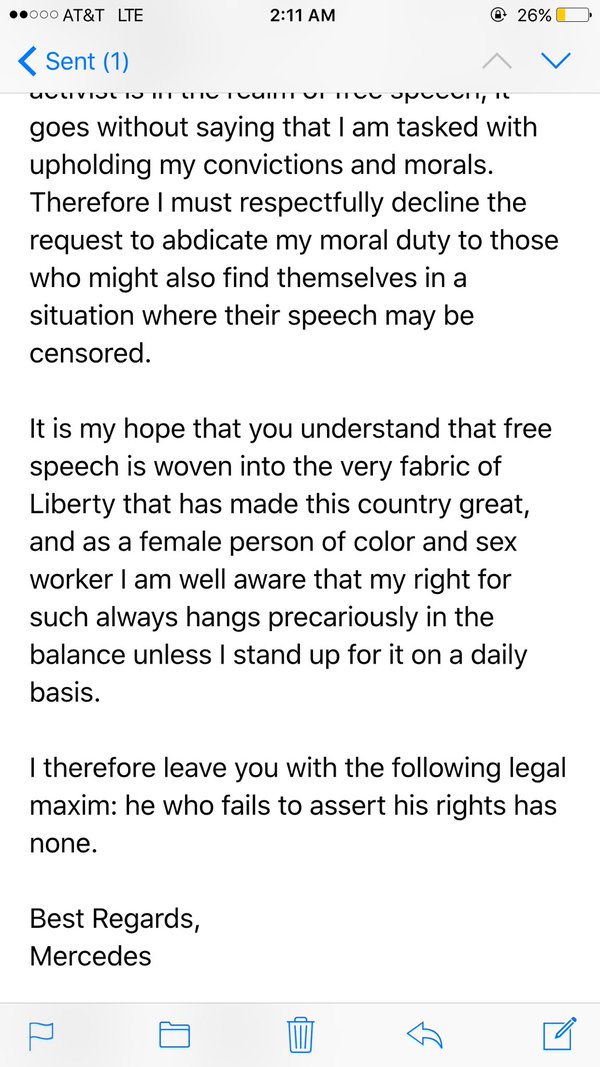 This is a breaking story. I’ll be back with more in just a minute…

OK, I just wanted to make sure I got this out before I spent anytime adding my thoughts on the matter, but needless to say, this confirms some of my worst fears about this event. What kind of organization tries to censor someone’s Twitter account as a condition of them showing up to speak? Have they ever done this sort of thing in the past, or are they targeting Mercedes because of her affiliation with GamerGate? It seems like it’s most likely the latter.

Mr. Forrest should be ashamed of himself and whoever is pulling his strings (likely Hamburger Harper) is an anti-speech fascist who deserves to be treated with complete contempt.

I'd already capitulated by taking down a video & @that time I offered not to attend. As I landed in Austin they demanded I delete tweets too

It's simple too much for me to have flown here and taken time off work when I already offered not to attend & have more demanded of me.

Therefore as to not compromise either the panel or my convictions, it's best I not attend. I wish they'd requested this before I flew out.

So at this point let's all simply wish #Savepoint a successful panel! There are some great panelists & I know it will be valuable.

It's within their right to attempt to impose censorship on me, and it is within my rights to decline to adhere to such. That's Liberty.

I hold no ill will against those who might attempt to censor me, but I know they don't have the strength of chains to restrain me.

Thus, the cards fall where they may and by their placement an observer can easily deduce whose hand is that of Liberty and Freedom.

She’s in a much more charitable mood than I am, but yes, I still hope the panel is a success. I will say that having her miss the festivities will dampen my enthusiasm a lot, though. Hopefully the other panelists will stand up and talk about this during their allotted time. They won’t pull the plug once it’s started…at least I wouldn’t think so.