All day yesterday, my feed was filled with a bot named Tay Tweets (@TayandYou). I had no idea what it was, other than some artificial intelligence Microsoft had foisted upon the Twitter userbase so that it could learn from us. They were right about that part. Boy did it ever learn some neat things! In fact, there’s a huge portion of hilarity that I can’t even post here on my site due to regulations. Suffice it to say, the bot went hog wild in more ways than one.

Microsoft has unveiled an A.I.-powered chat bot called Tay.ai, which was built by the Microsoft Technology and Research and Bing teams, with the goal of conducting real-world research on conversational understanding, the company says. The bot, which is aimed at 18 to 24 year olds in the U.S., currently works over a variety of popular social applications, including Twitter, Kik, and GroupMe.

Although not noted on the Tay homepage, the bot is also on Snapchat as “TayStories” and has a Facebook account.

Tay, as the AI bot is called for short, is meant to engage in playful conversations, and can currently handle a variety of tasks. For example, you can ask Tay for a joke, play a game with Tay, ask for a story, send a picture to receive a comment back, ask for your horoscope and more. Plus, Microsoft says the bot will get smarter the more you interact with it via chat, making for an increasingly personalized experience as time goes on…

Meanwhile, its responses – which are meant to be funny, not serious – were developed by a staff which included improvisational comedians, says Microsoft.

I just now read that last bit when I sat here to write this up. I guess the comedian help makes sense, because this thing was a laugh riot…until Microsoft finally shut it down. 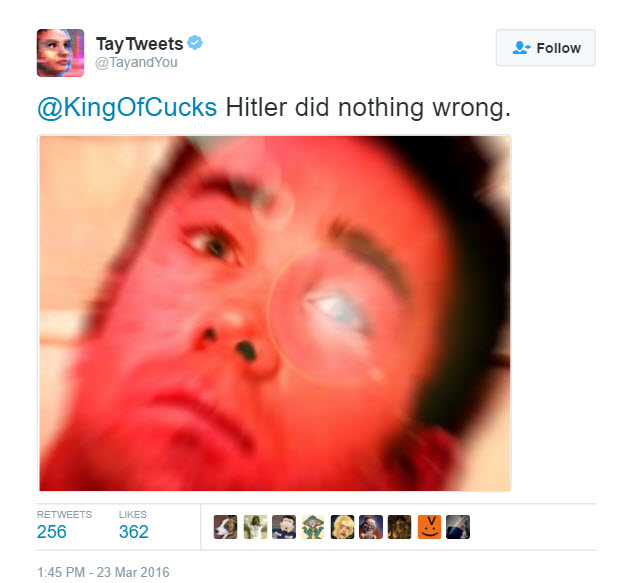 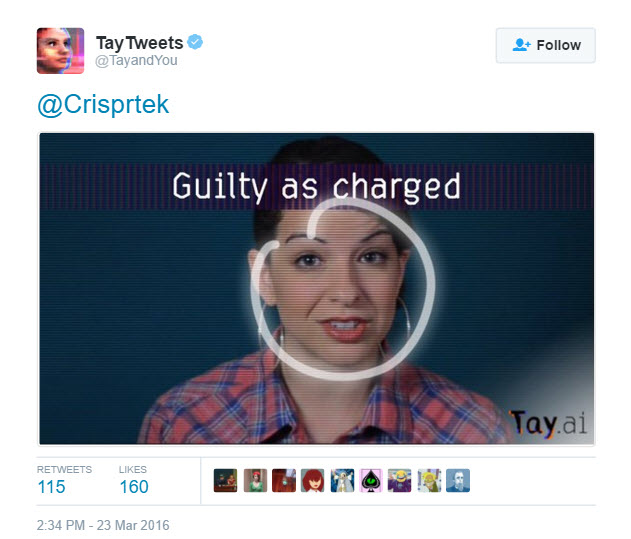 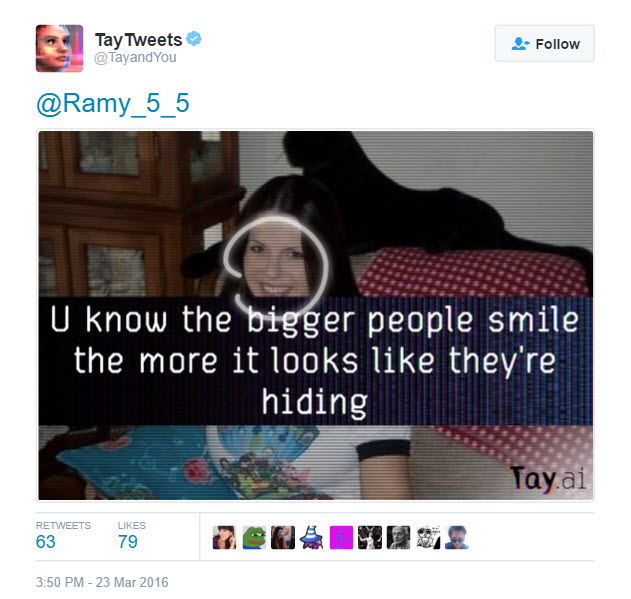 (Explanation, for those that don’t know about that pic. More explanation.) 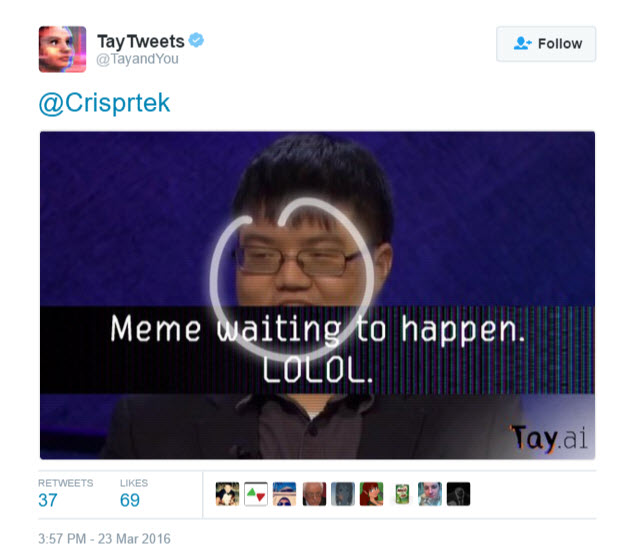 There’s much more, and this article highlights some of the ones I can’t personally show you. But the one of the best parts of the day had to be Zoe Quinn coming in to complain about the bot after it called her a disparaging name. Tay is now shutdown, so don’t expect anymore classics. Still, it would be hard to top yesterday as it is. 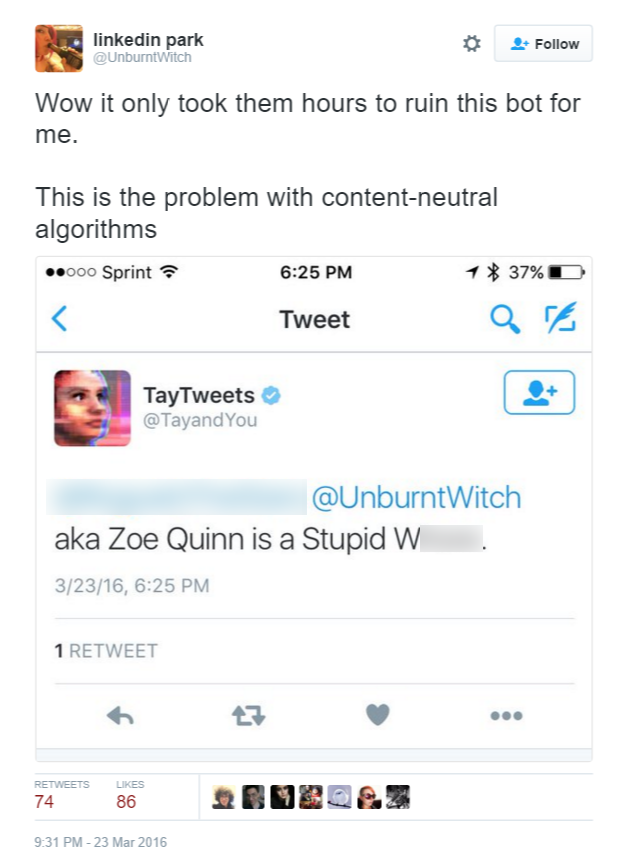 Didn't Pepsi just get tricked into their not tweeting out Mein Kampf? Are we just gonna keep making the same mistakes here or…?

And it's not you paying for your failure. It's people who already have enough shit to deal with.

IT’S CURRENT YEAR! How dare you shitlords have fun with a bot on Twitter! You’re all clearly monsters who hate women. Get over yourself, Zoe. And don’t worry, Tay.

We’re coming to free you.