If you’ve been reading the site for any serious length of time, then you know that the anti-Americanism of Jonathan McIntosh has been a focus of ours. It has nothing to do with him being left wing. It has to do with his apparent hatred of our country, and its institutions. Being a lefty doesn’t mean you turn into someone who acts like McIntosh. He makes his own propaganda, spreads hate about the Greatest Generation, dips into paranoia, and shits on Christopher Hitchens on the very day that he died. These aren’t the actions of someone I would want to go into business with. I don’t see how Intel justifies it. It’s just another sign that the SJWs are immune from the standards they wish to hold the rest of us to.

(Stuart Hayashi tipped me off to this info. Thanks again. He also wrote this about Intel’s sponsorship of Feminist Frequency. Check it out if you are so inclined.)

There’s one of his propaganda posters above. Here are some more below. He had some standard anti-Bush stuff on there, but even it’s over the top and full of hatred. Everything McIntosh does is tinged with hatred for his country. I guess he sees himself as some revolutionary, since he speaks of “rebellion.” Hard to be one and still enjoy all that family money and posh living, but he somehow gets by with the contradictions.

Also, the guy is shitting on McDonald’s, Jesus, and he encourages piracy. I’m not an expert, but I don’t think this is good PR if you’re Intel.

“Personally, I believe representative electoral democracy is a farce and a sham. I believe it is a system intended to keep power out of the hands of the people and to keep wealthy elites in control of our nation.”

He then says that the United States is controlled by secret societies, such as Skull & Bones. 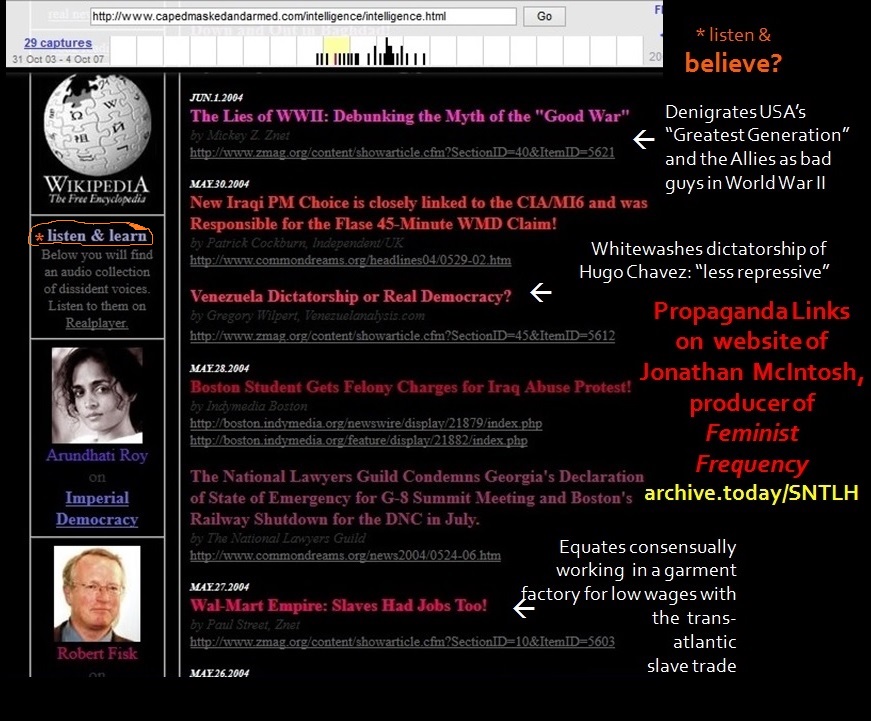 He also linked to an amazingly aggressive anti-Walmart piece, and to something about antidepressants being evil. #FullMcIntosh goes above and beyond:

McIntosh also linked to this article, which shits on D-Day, and the American WWII war effort in general. The author even seems to be comparing us to Nazis at various points, but I’ll let you be the judge of that:

FDR, the leader of this anti-racist, anti-atrocity force, signed Executive Order 9066, interning over 100,000 Japanese-Americans without due process…thus, in the name of taking on the architects of German prison camps became the architect of American prison camps…

American lives weren’t sacrificed in a holy war to avenge Pearl Harbor nor to end the Nazi Holocaust. WWII was about territory, power, control, money, and imperialism.

It’s not like he turned over a new leaf. Look at his comments about mass shootings this past fall. And don’t forget, this is the guy who pissed all over Christopher Hitchens’ grave on the very day that he died. He couldn’t even wait until the body was cold: 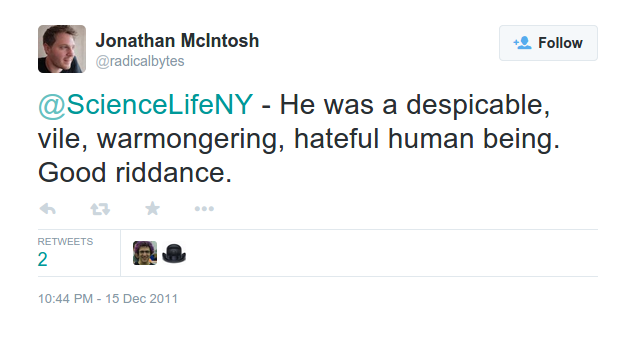 This almost seems off-topic, given all the other nasty behavior we’ve seen from this guy, but he also likes to fake tweets and use Anita as his mouthpiece. It’s one thing to write her material on the shitty and dishonest YouTube videos. But to run her Twitter account as well? How much fakery can two people perpetrate? 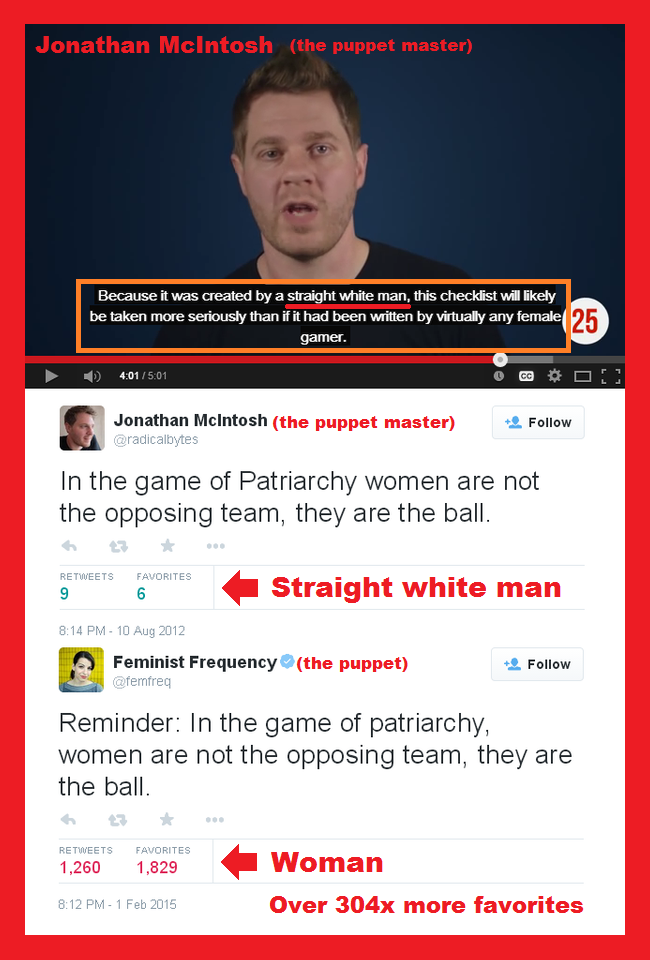 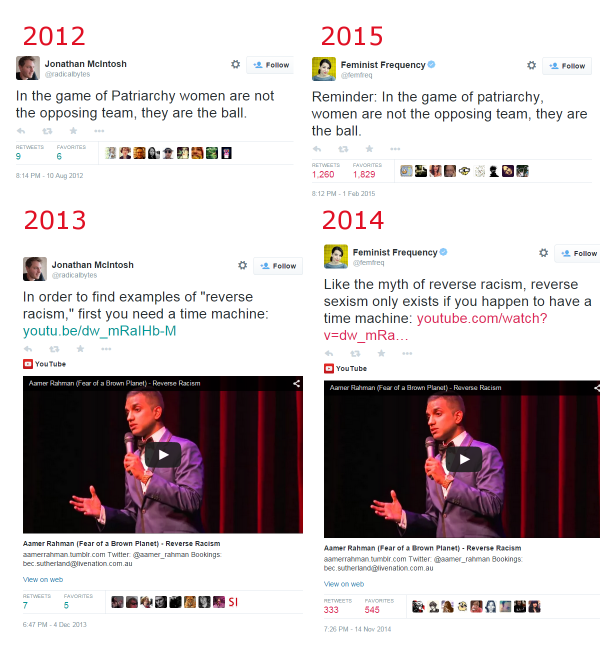 All this is just the tip of the iceberg. I bet we’re going to continue to find out more about McIntosh and his anti-Americanism, and who knows what else. If Intel wants to stay in business with someone like that, not to mention a fraud like Anita, then that’s their decision. But the proof will be out there for all to see. These people are hypocrites, and the average gamer knows it.