Recently, we found out that Randi Harper had been fired from KIXEYE. That was great, in and of itself. But today, a published report says that Movie Bob has been shown the door at The Escapist (and moot quit 4chan, which I’ll talk about right after this…lots of news today). If true, this is cause for a big celebration. I’m leaning toward it being accurate, given some tweets that I saw him and others send out. We’ll take a look at the evidence below, and I’ll update this article as more comes in. If he still has a job, I’ll post that as well. Keep in mind, this is based on someone else’s published report.If you want to read the entire article, click the picture below. Keep in mind, Bob Chipman (his real name) wasn’t the only one allegedly let go today, so we shouldn’t celebrate them all lol: 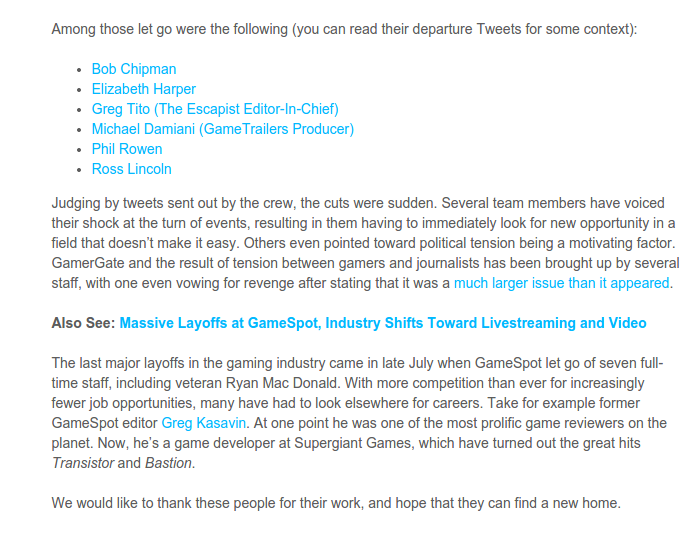 Here’s the tweet with references to tension over GamerGate between the powers that be, and the journo staff: 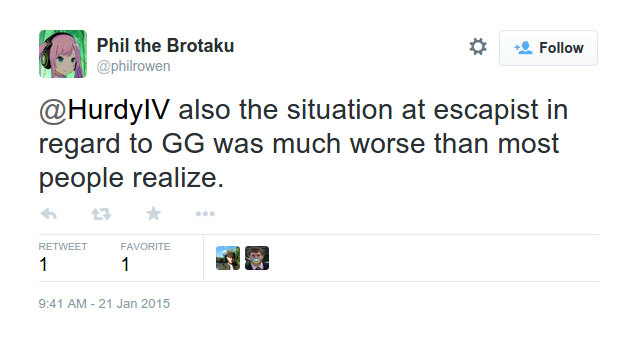 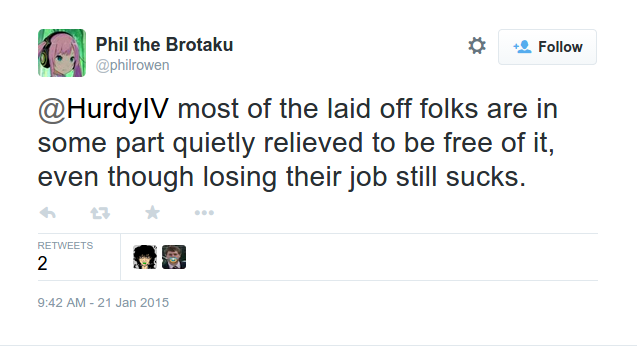 I guess they never got over that new ethics policy. Maybe that’s why these particular people were fired. I can only imagine that they’ve been pretty difficult to work with behind the scenes if their public Twitter presence is any indication. Speaking of tweets, here’s some from Movie Slob himself, along with reactions from the GamerGate Community on Twitter:

It doesn't look like he's celebrating a contract renewal LOL. Don't see Escapist on his profile either. #GamerGate pic.twitter.com/Dk6Kq0PWem

Ouch. I hope he doesn’t hit the booze too hard, like Phil Rowen did (check his profile lol). I would probably be having a drink myself, though, so I can’t say shit. But what I can do, is laugh my fucking ass off at the alleged plight of a gelatinous bastard who once called tried to compare GamerGate to a violent segregationist group. I don’t forget things like that. I hope you never get a job with another outlet. Stay on Patreon, you piece of trash. Your hipster SJW freak buddies might be all you have now.

UPDATE: As I mentioned in the open, this was based on someone else’s reporting. Movie Bob is disputing it, and says he still works at The Escapist. The owner confirms it as well, so I suppose the piece of trash has received a reprieve.

@Redregon @KachoArinoDesu @GothSkunk No, Crave is in error. I don't know where they got their info.