Sometimes you see a post that’s so good you just have to rip it off. Still, it’s not really a heist if you link back to the original site, you see. Tonight, the site in question is Anime Right News (ARN). Now, I’m not a big anime guy. I don’t hate it, mind you. I’m just not well-versed in it. Probably the only anime I could have a coherent exchange about is Neon Genesis Evangelion, and that’s because it used to come on at 3AM on Adult Swim over a decade ago, and I happened to get into it. Thankfully for us, the things I enjoy about Anime Right News have nothing to do with actual anime. They do some really good digs over there, and tonight is no exception.

The post that I wanted to put shine some light on goes into the background of some of the people who are pushing the recent anti-gun agenda behind the scenes. I didn’t even realize what a big hand people like Linda Sarsour had in this effort, but I guess I should have known. You can click through to ARN to see more about her. Because the most interesting thing that I saw had to do with one Tamika Mallory. She’s the Co-President of Women’s March Youth, which is the entity that’s trying to organize a massive student walkout all across the country on March 14th.

Tamika Mallory certainly has an interesting pedigree, to say the least. 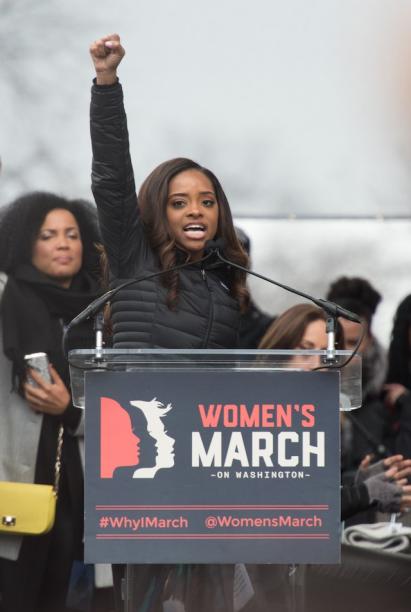 OK, there’s Al Sharpton. But I’ll see him and raise you a glowing dedication to Louis Farrakhan… 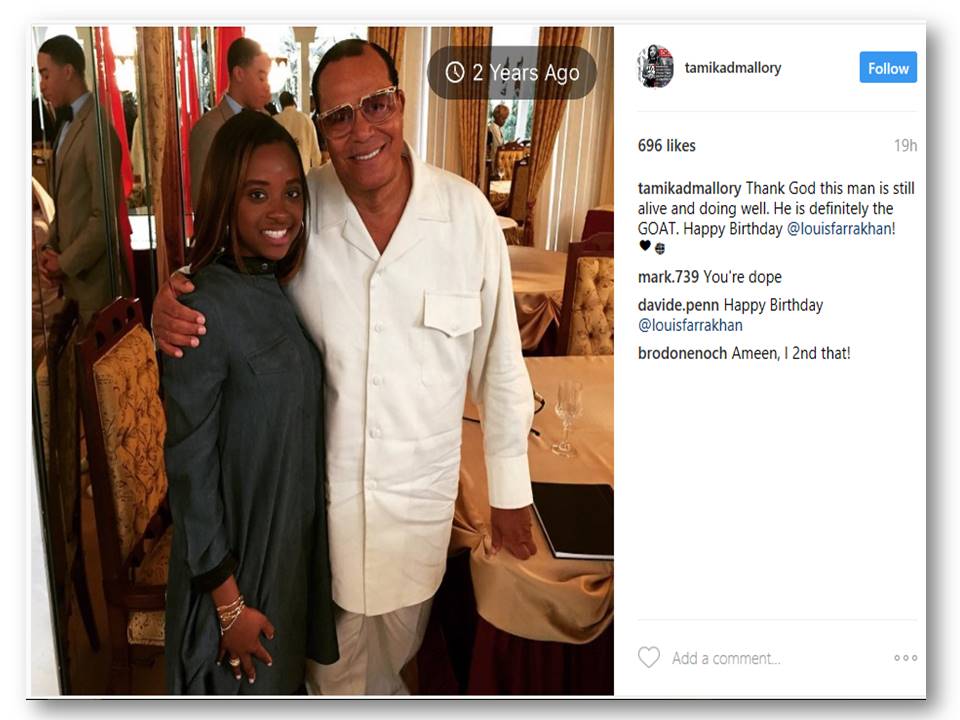 Do I really even have to go into all the dirt that’s on Farrakhan’s head? First off, he likely had a hand in the Malcolm X assassination. And you want to know something else that’s really fucking comical? The Nation of Islam, which Farrakhan leads, is designated as a hate group by the Southern Poverty Law Center. Now, don’t get me wrong. They’re pretty much a joke. But isn’t it interesting how, if your politics are of the right variety, you get a pass to hang out with people blacklisted by the SPLC.

I guarantee you, with 100% certainty, that no member of the mendacious media will ever confront Tamika Mallory about this association. Imagine if the shoe was on the other foot. Say that there was a right-wing march against abortion that was planned, and that one of the principal organizers of said march had old Instagram posts with a right-wing figure who had been targeted by the SPLC. The press would make sure we never heard the end of it. MSNBC, CNN, The New York Times…they would all go into full saturation mode.

But watch how quiet they are about Mallory’s Farrakhan connection.

ARN’s original post can be read here, if you’ve yet to click the link I inserted in the opening paragraph.