I haven’t written about our lecherous friend, NeoGAF owner Tyler Malka, in a pretty long while. Now, don’t get me wrong. I still get fucked up stories sent to me about him all the time (btw, any tips on anyone can be sent here: [email protected]). But I’ve shied away from talking about him lately. But today I wanted to go ahead and pay our old friend a visit. Because the more I learn about this guy, the more I begin to believe that he absolutely despises women. I don’t want to sound like an SJW. Maybe he doesn’t. But he’s got some serious problems with rejection. He seems to have a lot in common with Arthur Chu, actually.

When we last left Malka, he had been accused of leaking nude pics of his online rival’s love interest. He still hasn’t responded to those allegations (to my knowledge), but it’s pretty clear that there is strong evidence to support the claims, as you can see from my article. But this is Tyler Malka we’re talking about. The guy is one of the most crooked, and hypocritical people we’ve seen during these last three months. Scandal and dirty deeds follow him like a stink on shit.

One time that shit smelled strongest, was when he bragged about groping a female Spaniard against her will. Here’s a little sampling from my post on that affair:

“Actually, it’s pretty hard to even call these allegations, because they come from Malka’s mouth himself. He admits to groping a female without her permission, “grabbing her ass hard to show I wasn’t being taken advantage of.” This is because he bought her a drink. Apparently, he thinks that entitles him of grab two handfuls of ass. I had never realized that was part of the package, myself. I guess that’s also why I don’t have any stories like this written about me. Keep in mind, this is from his own writing, not mine, or someone else’s.”

Here’s some screens from the thread as well (he deleted the original thread, but this screen has a quote from him in the white box describing his conduct):

Another banned user who objected:

Anyway, the only reason I’m recapping this, is because it plays into the story I’m about to relay to you this evening. Apparently, Malka tried to hit up a female user of NeoGAF for some off-site get-together. Since she read his own words, and knew what a creep he was, she said no. Somehow, she got to discussing it off-site on an IRC channel, and that was relayed back to Malka. What happened next was the classic tale of sexist abuse of power, all because she wouldn’t give the poor little Message Board Messiah a little play:

She describes the situation,  and then you can see the screens from the NeoGAF thread below that:

Person who said it was fucked up, was also immediately bounced: 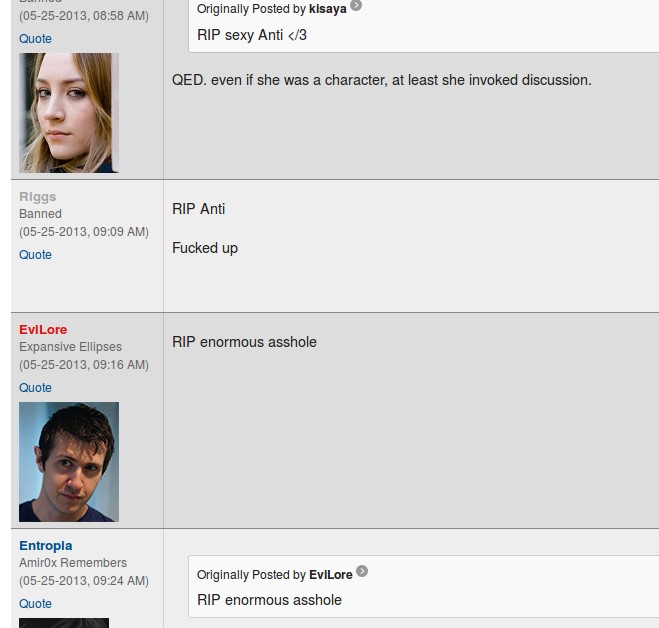 More causalities, all cause Tyler Malka can never get any pussy. He has to take it out on everyone else: 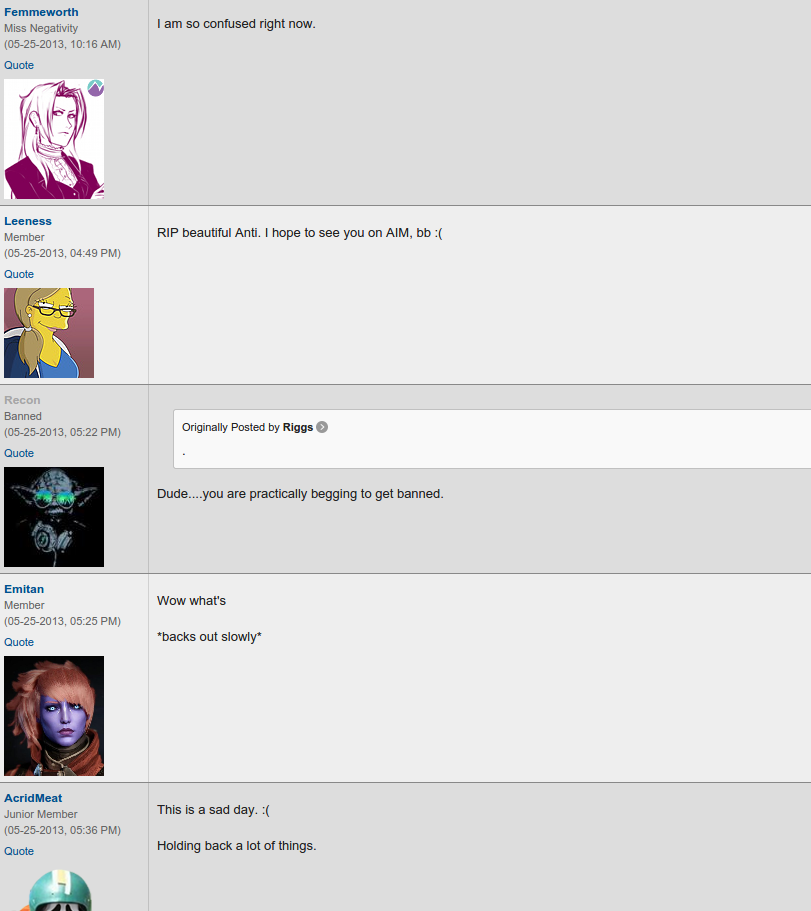 I guess none of this is really breaking news. We already knew this guy was a total scumbag, who presides over one of the most dishonest video game venues on the entire Internet. But anytime you can point out more SJW (or fake SJW in his case) hypocrisy, it’s a good day. I can only imagine that the woman is much happier with how things turned out. An evening with Tyler Malka vs getting banned from the shithole known as NeoGAF? She made out like a fucking bandit. I’ll continue to report on this cesspool until its doors are shuttered, and I’m fairly certain that more Malka misdeeds will emerge. The guy seemingly can’t help himself.