Niche Gamer Chief Accuses IGN of Taking Bribes With No Proof, Then Refuses to Apologize

I’ve been off the GamerGate beat for a little while, but due to my history with it cause I’m never too far away from all the breaking news on that front. Speaking of GamerGate, one of the biggest success stories to come out of all that has to be Niche Gamer. Now, I don’t like the place and think the owner, Brandon Orselli, is a hypocritical piece of shit, but credit has to be given where it is due. They’ve done quite well.

But, they’re always one of the first outlets to talk about ethics and attack people like me. That’s all well and good, but if you take that route you need to be above reproach yourself. That’s not even close to the case with Niche Gamer, as we’ve seen in the past with the cushy deal they were provided by Slade “RogueStar” Villena (they only added this after the uproar). Today has provided us with yet another example.

Look, I think the new Ghostbusters is going to suck as much as the next guy. I also have no reason to believe that IGN is above taking a bribe. Still, we have no evidence that they’ve taken one to my knowledge, and we certainly don’t have any evidence that they’ve taken one for their Ghostbusters review. That didn’t stop Mr. Orselli from making a wild ass claim, though. 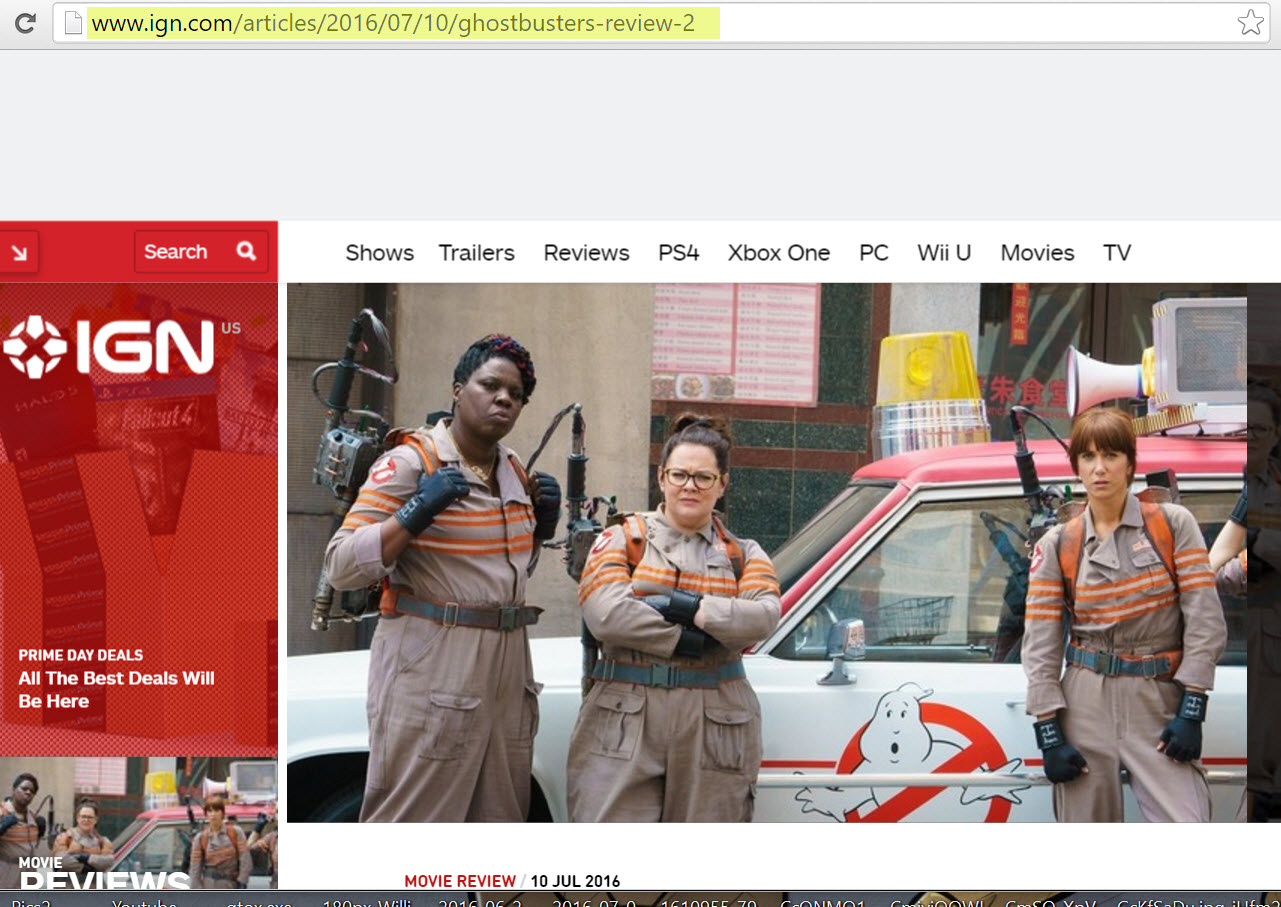 He claimed that IGN rewrote the review at the behest of Sony and cited the “2” as proof. He even retweeted people who said you should check the old one and see how the score went from 5.2 to 6.9. 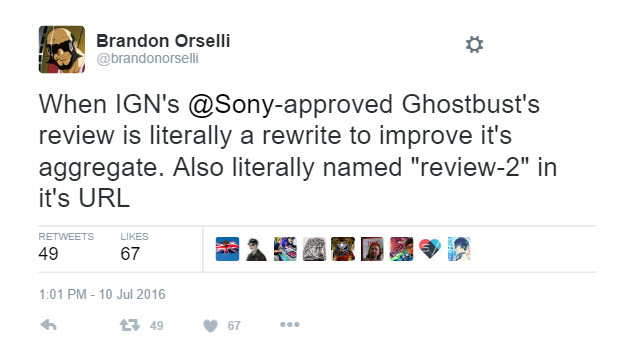 The main tweets had been up for hours until I called him on it. Then, they were quickly deleted. Well, some of them anyway. He left the retweets up and also still has this up…

Apparently the "ghostbusters-review" original was from years ago. They were still bought out, though. @Sony

The only change I could find in the article was at the end and it had nothing to do with the score, which was 6.9 out of 10. That’s still kinda shit, you guys. In fact, given how much money Sony spent to advertise this shitpile on IGN, I would almost profile that as an act of courage on the site’s part. 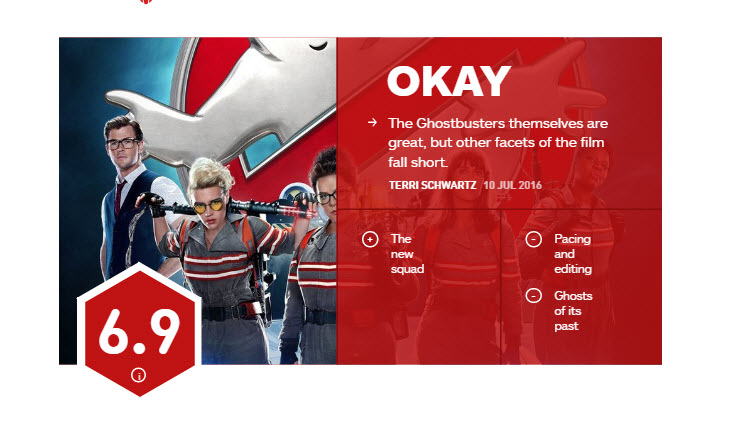 Talking about them being bought off is disingenuous at this point. Plus, don’t you think they would at least push the son of a bitch above a 7.0 if a check came through? I know I’d be fucking pissed if I was Sony and paid for a 6.9.

Oh, and I almost left out the funniest part. You remember when I mentioned the “2” in the review’s URL a minute ago? That was one of the main things Orselli was citing as “proof” this bribe took place, as I said. If he had bothered to check he would have seen the reason for the 2. It was because the old URL was taken and leads to a review of some Ghostbusters game from 2006.

The IGN article about Ghostbusters was totally rewritten.https://t.co/GxRz0x7tAo
Here's the first draft from 2006:https://t.co/bxqkhaZ1iv

If you want to sit upon the throne of ethics and snipe at people like me, it’s best to make sure your own shit is in order, Orselli. But then again, you’ve always been a phony fucker who uses ethics as a tool to try to unfairly attack your competitors. I shouldn’t expect anything less now.

UPDATE: It hurts when people call you out on your shit this clearly, doesn’t it Mr. Orselli?

Welp, looks like @nichegamer has given us their official response, right from the chief himself!#GamerGate #Ethics pic.twitter.com/qeyiivTyvK