Nintendo Tries Feminist Outreach, Gets Dumped On In Return

Well, Nintendo tried. No one can ever say they didn’t. But they learned the hard way today that no good deed goes unpunished when dealing with radical feminists and the Professional Grievance Industry. Recently, they tried to reach out to rad fems with a tribute to the famous Rosie the Riveter World War II-era poster, in honor of Women’s History Month. The catch was, they used famous female Nintendo characters instead of Rosie. The feminists did not take this well at all.

It was enough to send the editor of The Huffington Post’s Tech section, Alexis Kleinman,  into a tizzy. But in doing so, she revealed herself to be a complete idiot when it comes to video game history, as our opponents so often do. This was epic levels of terribleness, though. At least she didn’t try to fool us. You knew it was going to be shit just from the title: 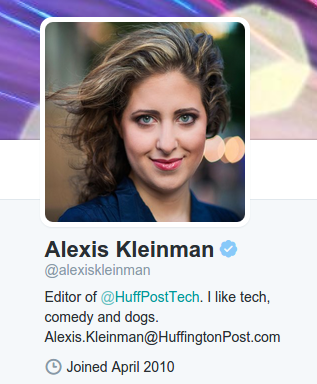 But let me quote you this money section. Rarely will you see stupidity revealed so beautifully:

Here’s the full list of female characters that Nintendo intends on celebrating for Women’s History Month: Tetra from “The Legend of Zelda: The Wind Waker HD,”Toadette from the Mario series, Bayonetta from “Bayonetta,” Rosalina from the Mario series, Lucina from “Fire Emblem,” Samus Aran from “Metroid” and Bombette from “Paper Mario.” Have you heard of most of these characters? Didn’t think so.

Never heard of Samus? You mean arguably the most famous female character in history? No, I’ve never heard of her. She’s a pretty obscure figure, like Lara Croft. Fucking idiots. And it’s not like Bayonetta and Tetra are nobodies. These are some very well known characters here. What in the world is this woman talking about? 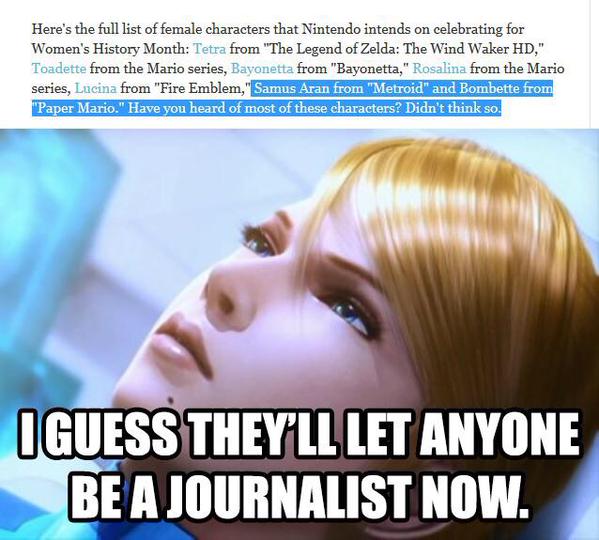 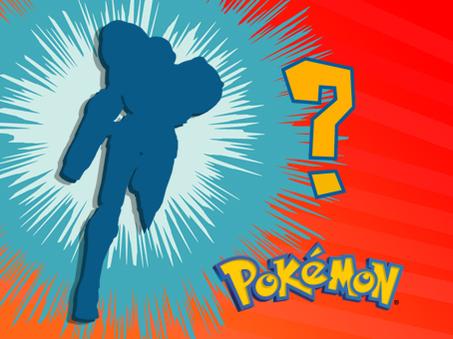 It’s comedy gold. But the article didn’t stop there:

The SJWs never let facts get in the way of a good story, though:

There’s more Anita quoting bullshit, but I’ll spare you. This whole episode just shows me that you can’t win with these types. I already knew that, don’t get me wrong, but it just further confirms it. Even when Nintendo tried to do some outreach, they get shit on. So why even bother? These people aren’t your audience anyway. They don’t know shit about your fucking games. How could they be? Nintendo did let the author know how they felt about her complaints, however:

"The company did not respond when I expressed my concerns about this release" HuffPost idiot on Nintendo #GamerGate pic.twitter.com/Uqd0o1h4sS