I’ve just received word that Nissan has decided to cut ties with Gawker, and they will no longer advertise there. They did say that they only do so now through third parties, but they will direct those third parties to no longer show Nissan ads on Gawker. This is yet another win for GamerGate, and comes on an already fantastic day. First we expose Zoe and Nate, and now we have driven another stakes through the heart of Gawker Media.

This is what happens when you shit on your customers, and advocate the bullying of vulnerable nerds. Gawker has been a cesspool for years, but it took only one dumbass comment by Sam Biddle to send this whole house of cards tumbling down. So I thank you, Sam. We could not have done it without you. 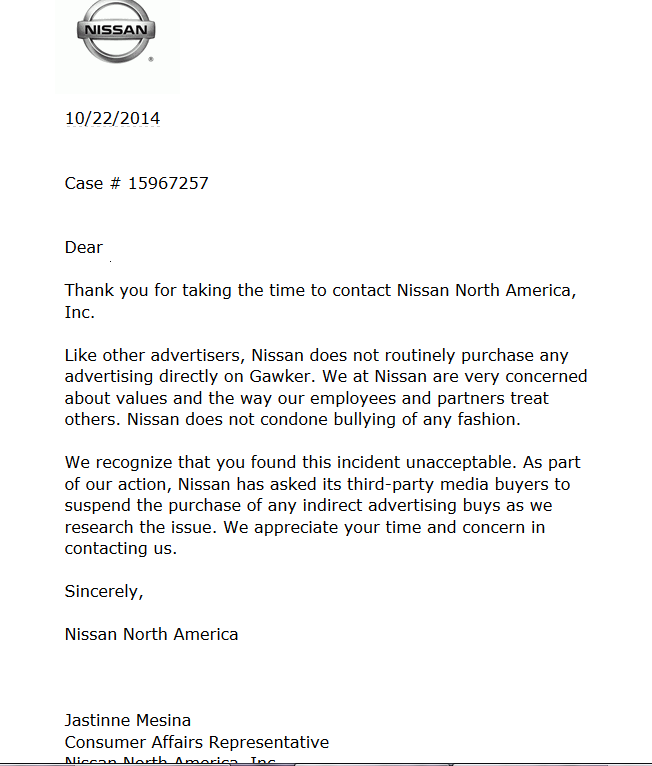 It’s important to note that Nissan has said they will reevaluate this decision. So, continue to show your support for this decision, on Twitter and elsewhere.  Don’t let the SJW’s counterattack us. Keep those emails and thanks going.

GamerGate thanks Nissan motors for standing up against bullying.