I’ve been enjoying a relaxing evening of watching people go off on Anita Sarkeesian’s latest comments. Some of the very same people who are doing so were talking ethics-only just a short time ago, so that part is funny. But what’s even funnier is what Anita said. If you will remember, she’s on tape talking about not being a gamer. Oh, you need a refresher? OK, here you go:

I’m sure most of you have seen that, but it bears repeating after the outburst I’m about to show you. I mean, this tweet is just out of nowhere, too. It’s a clear play for attention. So you might say, “Ralph, why are you writing about this attention whore?” Well, it’s simple: people are talking about her. Someone on Twitter who I like said that we should stop talking about her, and I understand the sentiment. But it’s just not realistic. She’s the biggest SJW mouthpiece in the gaming media, and will likely continue to hold that status for a long while. All we can do is keep highlighting her idiocy and point it out when she says some dumbass shit. Guess what? Tonight happens to be one of those times. In case you haven’t seen it yet, cause I’m a couple hours late, here it is: 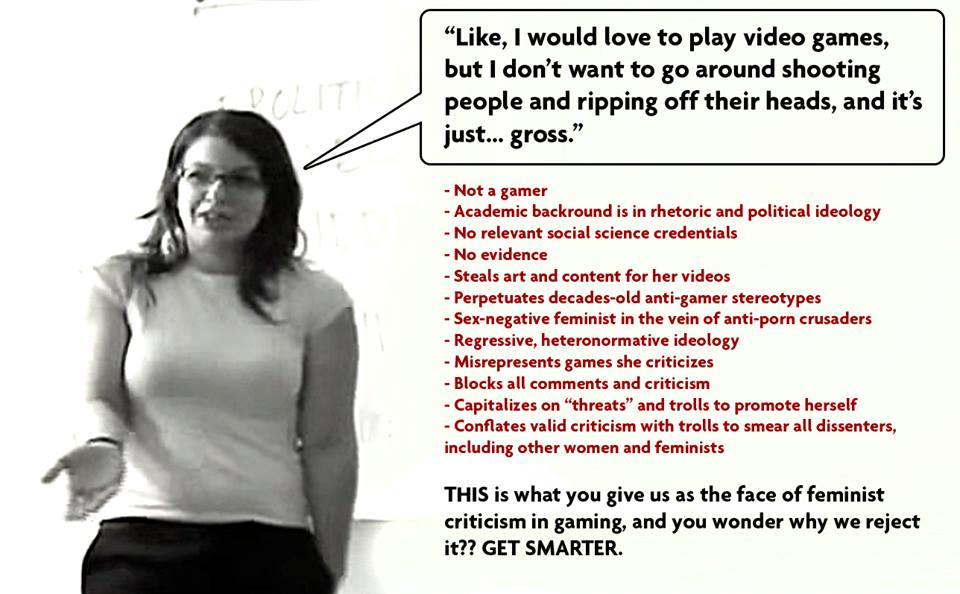 We know there’s a good chance Jihad Jonathan McIntosh sent this shit out. It just sounds like some dumbass shit he would say. I don’t even think I’ve heard Anita talk like that, not that I doubt she’s a nasty piece of work as well. You would have to be to keep up her charade for so long. The audacity of this leech…how can she talk about anyone’s gamer cred? It’s just another outlandish example of her nastiness. (Editor’s Note: this article was delayed due to sleep. More coming in a little bit. Top of the morning to everyone!)