I read a hell of a column yesterday in The New York Times. Not that it was good. Actually, it was complete shit. But it was still notable simply because of the sheer audacity of the thing. Apparently, white parents need some help when it comes to not raising racists. All this because some kid didn’t realize George Washington owned slaves. What?

Last year at this time, my 7-year-old was running around singing the praises of George Washington. I was happy to see her so engaged with what she’d learned at school. But I was dismayed that the peace- and diversity-centered curriculum she gets at her public school had left her with such a one-dimensional view of history.

I struggled with how best to respond. Then one morning, she overheard the news on our kitchen radio about a politician charged with ethics violations. “What’s that about?” she asked.

I told her someone in the government had done something wrong, and she asked how an adult who was a leader could possibly do something bad.

“Unfortunately,” I responded, “a lot of our country’s leaders have done bad things.”

When her eyes grew big and she said, “Like who and what did they do?” I knew I had my opportunity.

Ah yes, George Washington was clearly a bad man since he owned slaves. It’s not like he was a product of his time. Oh, and there’s no mention here about how he freed his slaves after death. That would fuck up the narrative a little bit. This isn’t even the worst bit of the article, if you can believe it.

Of the many dangers this presidency poses, one of the greatest is deep damage to our children’s perceptions of race, gender and other kinds of difference. We know the youngest children internalize racist perceptions of themselves and others. As early as age 5, children recognize differential treatment and understand something about the social status of different racial groups, their own group and others.

Yes, this is such a dangerous presidency. You know what’s really dangerous? The toxic media brew that’s put forward day after day. Hate crimes that never happened, Russian conspiracies that don’t pan out, absolute degeneracy being put forth as normalcy. All this and more is happening daily and it’s being portrayed as some kind of noble resistance.

I decided to look up this author, Jennifer Harvey. I didn’t get to come here and talk about it yesterday, so I passed what I found to America’s Favorite Beagle…

Yes, this woman is clearly who we need lecturing us about how to raise our children. Clearly, we should all want to be more like her. Oh, and she has answers for Christians as well! 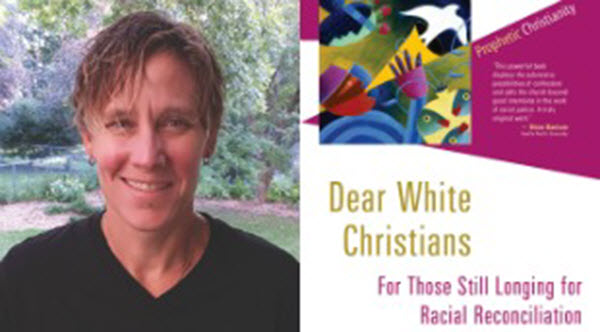 I’m not very religious, but if I was, I wouldn’t be looking for theological guidance from someone like this. I don’t know, maybe some die-hard Christians can answer this better down in the comments.

The main thing fucking up our kids is people like this, not Donald Trump. It’s sad that the media is going down this route, but it’s not at all surprising. It will end up being a good thing, too, because it’s accelerating their irrelevancy better than we ever could.